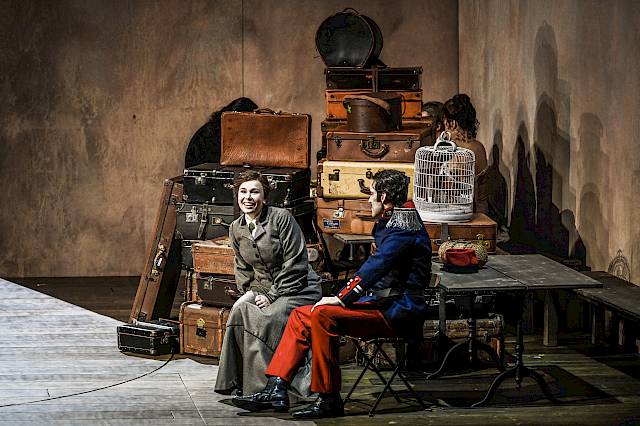 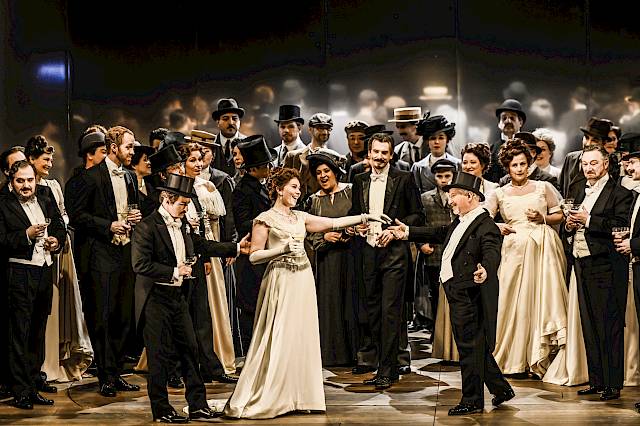 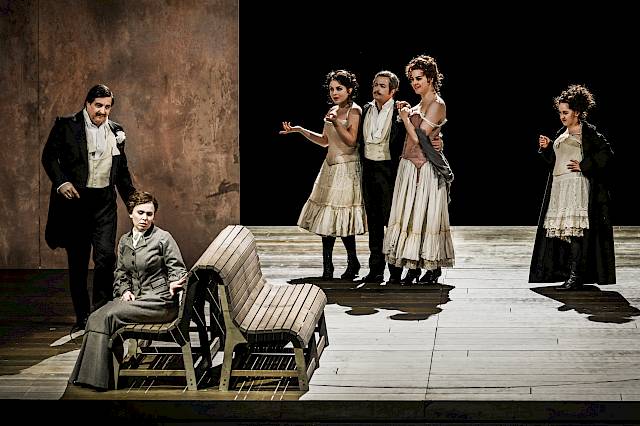 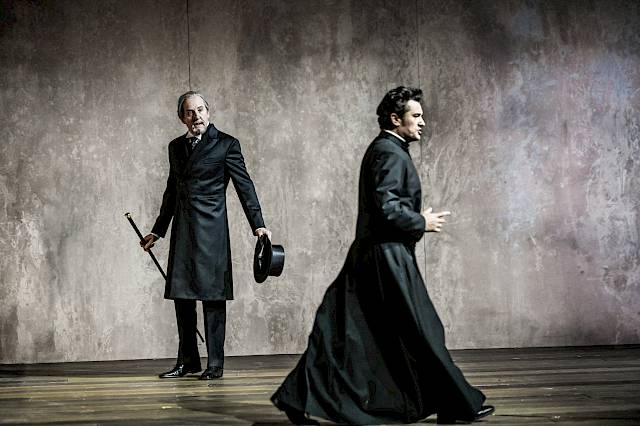 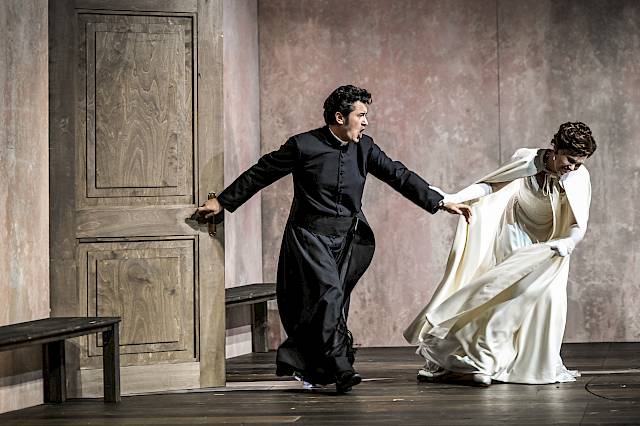 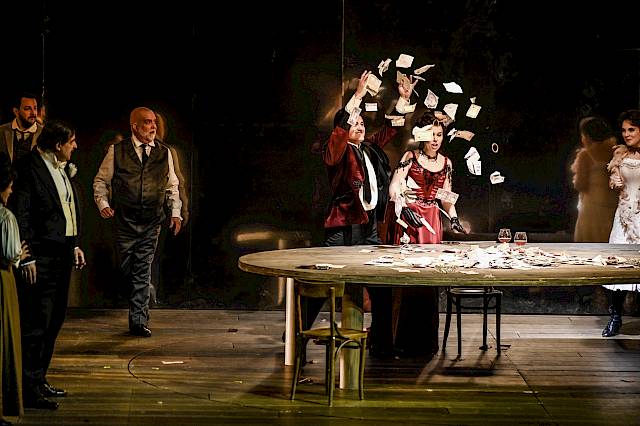 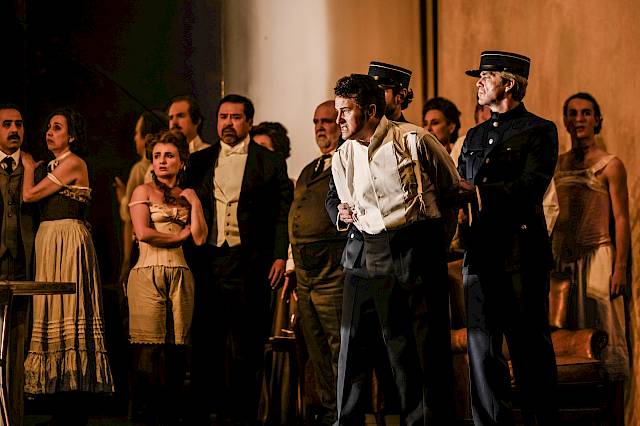 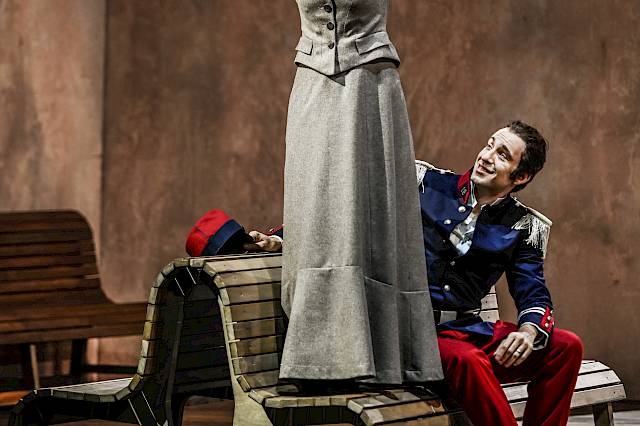 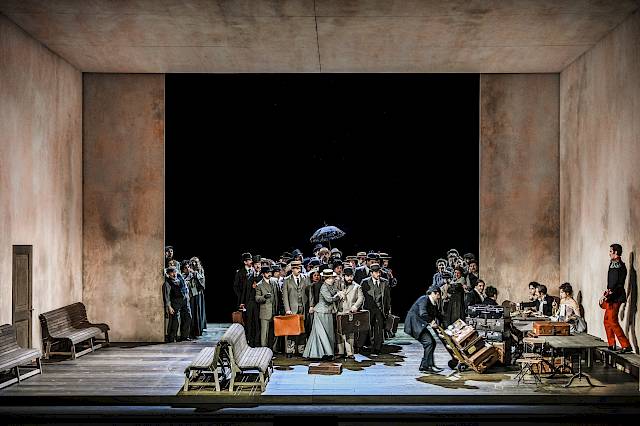 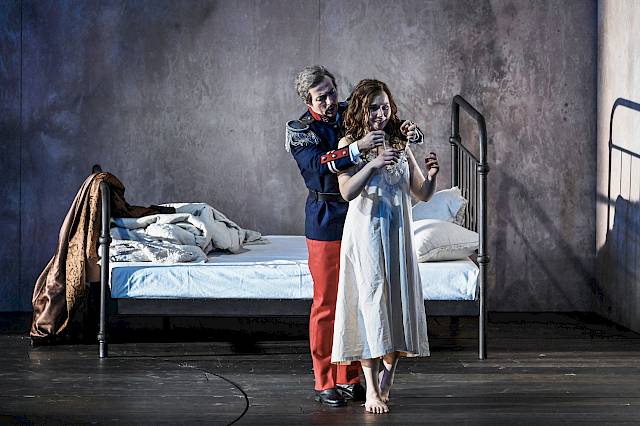 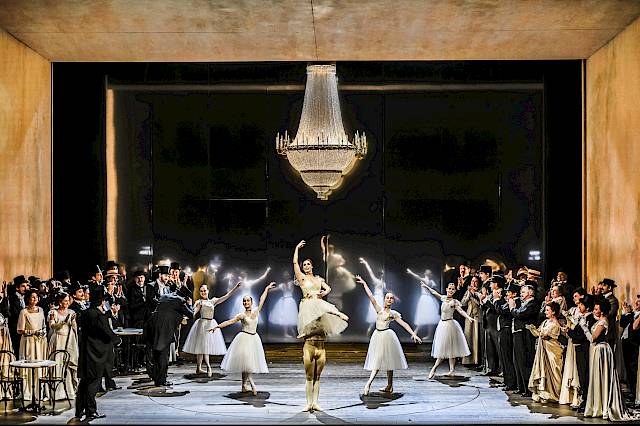 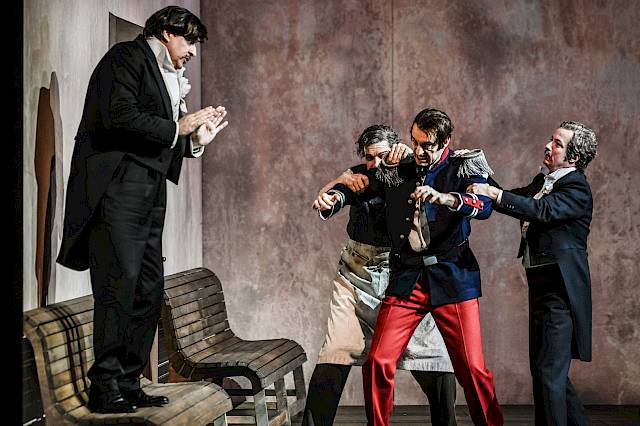 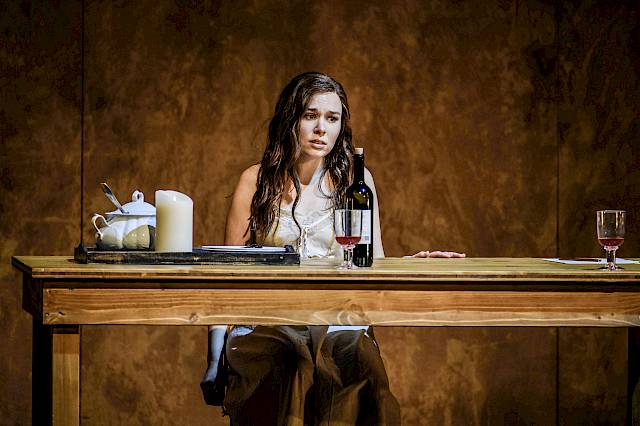 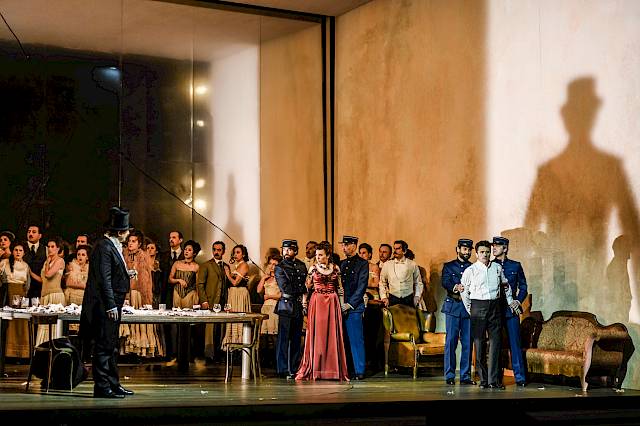 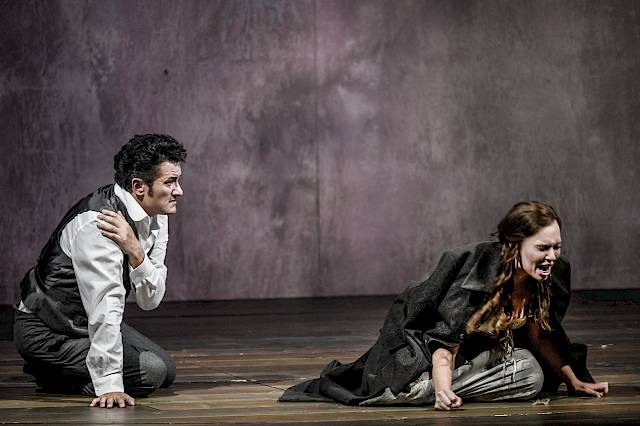 Act One
In front of the stage post in Amiens: Guillot de Morfontaine and the tax collector Brétigny are spending the evening with Poussette, Javotte and Rosette. Among the travellers arriving is the guardsman Lescaut, who has been entrusted with the task of taking his cousin Manon, whose family consider her excessively pleasure-seeking, to a convent. Manon is intoxicated by the many new impressions that her journey has offered. While Lescaut concentrates on playing cards and briefly leaves Manon unattended, Guillot makes her advances, offering her a life of luxury in exchange for her love. Manon refuses his offer. At this point, the Chevalier Des Grieux appears, who is on his way to see his father. Catching sight of Manon, he immediately falls in love with her. On the spur of the moment, Des Grieux and Manon decide to run away to share a future in Paris.

Act Two
A garret in Paris: Des Grieux and Manon read the letter with which the penniless Chevalier intends to ask his father for permission to marry Manon. Shortly thereafter, the pair are surprised in their love nest by Lescaut and Brétigny, who have made common cause with Des Grieux’s father. Des Grieux is to be forcibly removed from Manon and guided back to the straight and narrow. While Lescaut gives himself airs as the avenger of his family in front of Des Grieux, Brétigny promises Manon a life of splendour and luxury at his side. He implores her not to let anything on to her lover about the imminent abduction. Manon wistfully bids farewell to the life she has shared with Des Grieux and lets the abduction happen.

Act Three
On the Cours-la-Reine: the populace has gathered on the promenade for a festival, and tradespeople are offering their wares for sale. When the elegant Manon appears at Brétigny’s side, all eyes are upon her. She invokes the joy of the fleeting moment. By chance, Manon overhears a conversation between Brétigny and the old Count Des Grieux, who tells him that his son has begun preparing for the priesthood in Saint-Sulpice and will be giving his first sermon this very evening. Manon is troubled by the idea that Des Grieux could have forgotten her. After a ballet performance – a present from Guillot – Manon hurries to find Des Grieux in Saint-Sulpice.
At the monastery of Saint-Sulpice: Des Grieux is idolised for his talent as a preacher. His father attempts to dissuade him from a life in the priesthood and to convince him to make an appropriate match – without success. Des Grieux intends to devote his life to God and to forget his former lover. At that moment, Manon appears and begs him for forgiveness. Des Grieux can no longer resist her and takes up with her again.

Act Four
The games room at the Hôtel de Transylvanie: Manon and Des Grieux have no money left, but Manon is still unable to forgo life’s luxuries. She persuades Des Grieux to play cards for money. Guillot challenges Des Grieux to a game. Des Grieux wins against Guillot, who then accuses him of cheating. Guillot leaves the room and returns with the police, who arrest Manon and Des Grieux. Old Count Des Grieux appears and ensures that his son is released. Manon, however, whom Guillot accuses of being a thief, experiences all the severity of the criminal justice system.

Act Five
On the road to Le Havre: Des Grieux and Lescaut are waiting for the female convicts about to be deported to America. They bribe the guards to allow Des Grieux to speak to Manon. However, Manon has been severely affected by the hardships of life in prison. She dies in Des Grieux’s arms after having once more reminded him of their time together in Paris.