So dark I can almost see you

In all of us

From Down to Morrow

The Studiobühne in the third underground floor of the Opera House can only be reached via 52 stair steps and is therefore not accessible for wheelchair users.

The Junge Choreograf:innen (Young Choreographers) series has long since become well-known outside a select circle of ballet fans. Every two years, dancers of the Ballett Zürich and the Junior Ballet present their own choreographies, produced specially for this series, on the Opernhaus Studiobühne. As they put together an evening-length performance, they inspire one another and discover dance from another perspective. They develop their new creations together with their colleagues, and even have a chance to try out costume and set design. In the process, they often fashion unexpected surprises, clever choreographic turns, or evocative moments. The «intimate format» these performances enjoy is ideal for the intensity and artistic variety an evening like this one offers. 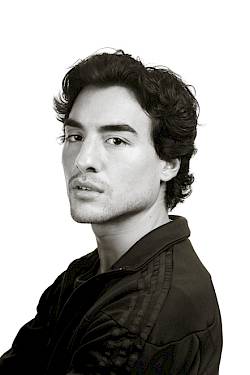 Kevin Pouzou is French. He studied at the École de Danse de l’Opéra de Paris and at the Conservatoire National Supérieur de Musique et de Danse in Paris. In 2007 he became a member of the Staatsballett Berlin, where he was appointed principal dancer in 2015. He has performed as Benno in Patrice Bart’s Schwanensee, as Paris in John Cranko’s Romeo und Julia, as well as in choreographies by George Balanchine, Nacho Duato, Stanton Welch, Angelin Preljocaj, Alexei Ratmansky, Ohad Nahrin, Vladimir Malakhov, and Jiří Kylián. He has been a member of Ballett Zürich since the 2017/18 season, where he has appeared as Prince Siegfried in Alexei Ratmansky’s Schwanensee, Diaghilev in Marco Goecke’s Nijinski, and Albrecht in Patrice Bart’s Giselle. 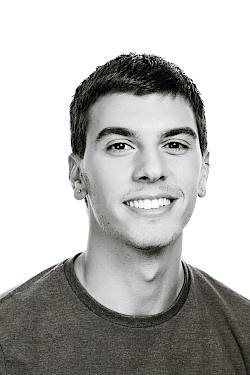 Luca Afflitto is Italian. He studied at the Académie Princesse Grace in Monte Carlo and, while still a student, appeared with the Ballets de Monte Carlo. After two seasons with the Junior Ballett, he is a member of Ballett Zürich since the 2019/20 season. He has appeared in choreographies by William Forsythe, Crystal Pite, Marco Goecke, Ohad Naharin, Cayetano Soto, Louis Stiens, and Goyo Montero. He presented his piece Come gli occhi sotto le ciglia as a part of the «Junge Choreografen» series. He was awarded the «Tanzpreis der Freunde des Balletts Zürich» in 2019.

Dominik Slavkovský is from Slovakia. After training at the Bratislava Dance Conservatory, he danced for five years in the ballet of the Slovak National Theatre in Bratislava, most recently as a demi-soloist. He has been a member of Ballett Zürich since the 2014/15 season. He has appeared in numerous choreographies by Christian Spuck, including the title role of Woyzeck, Drosselmeier in Nussknacker und Mausekönig, Coppelius in Der Sandmann and as Paris in Romeo und Julia. He has also danced in choreographies by George Balanchine, Uwe Scholz, Alexei Ratmansky, Jiří Kylián, William Forsythe, Hans van Manen, Nacho Duato, Marco Goecke, Edward Clug, James Kudelka, Vladimir Malakhov, and many others. He presented his choreographies How to save the world and Conspiracy as a part of the «Junge Choreografen» series.

Théo Just is French. He studied at the Conservatoire National Supérieur de Danse de Paris and at the Tanz Akademie Zürich. He was a prizewinner at the Youth America Grand Prix in 2015 and at the Spoleto Competition in 2018. He was a member of the Polish National Ballet in Warsaw during the 2018/19 season, where he appeared in choreographies by Krzysztof Pastor, Liam Scarlett, Wayne Eagling, and John Neumeier. Additionally, he presented his own choreography entitled Me to Me, by Us. This is his third season as a member of the Junior Ballett.

Riccardo Mambelli was born in Italy. He received his education at the Tanz Akademie Zürich, and while a student there, he performed with Ballett Zürich in Alexei Ratmansky’s Schwanensee. After two seasons with the Junior Ballett, he joined the Ballett Zürich with the 2019/20 season. He has appeared in choreographies by Christian Spuck, Jiří Kylián, Ohad Naharin, Edward Clug, and Crystal Pite. 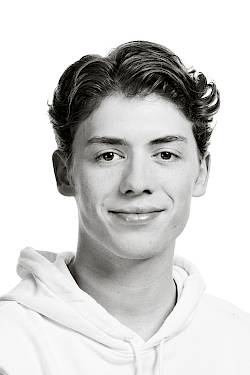 Achille de Groeve is Belgian and was trained at the Royal Ballet School in Antwerp. He was a finalist at the «Prix de Lausanne» in 2019. This is his third season as a member of the Junior Ballett. 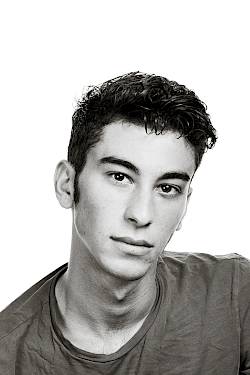 Luca D’Amato is from Italy and was trained at the Tanz Akademie Zürich. He was the winner of the Spoleto Competition in 2015 and of the Tanzolymp Berlin in 2018. This is his third season as a member of the Junior Ballett. 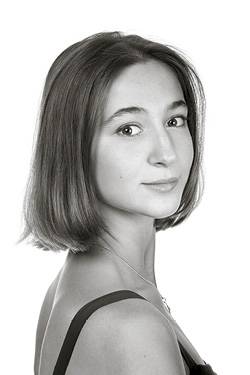 Marta Andreitsiv is from Ukraine. She trained at the Kiev Dance Academy and at the Tanz Akademie Zürich. She won the silver medal in the 2016 Tanzolymp Berlin. This is her second season as a member of the Junior Ballett. 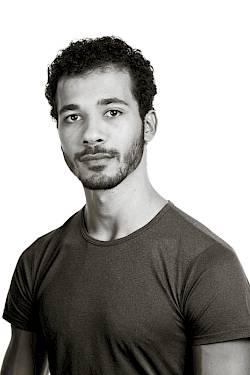 Lucas Valente comes from Brazil. He studied performing arts and philosophy at the University of São Paulo. His first engagement was with the Ballet Company Laura Alonso in Havana and he was involved in the «Arsenale della Danza» project at the Venice Biennale in 2012. From 2012 to 2016 he danced in the São Paulo Companhia de Dança, where he appeared in choreographies by Edouard Lock, Marco Goecke, William Forsythe, Nacho Duato, and Jiří Kylián, among others. He danced in choreographies by Richard Siegal at the Ballet of Difference in 2017. He has been a member of Ballett Zürich since the 2017/18 season. He presented his choreography Trees Die Standing as a part of the «Junge Choreografen» series. He has appeared as Tybalt/Count Capulet in Christian Spuck’s Romeo und Julia and appeared in Crystal Pite’s Emergence.