“Always smile and always be cheerful, always satisfied, no matter what happens, smile in spite of your sorrows and a thousand aches and pains,” sings Prince Sou-Chong, thus introducing the fundamentally melancholic tone of Das Land des Lächelns (The Land of Smiles), which even has a tragic ending in store. For the new production of this operetta, world class tenor Piotr Beczala returned to the Opernhaus Zürich as Sou-Chong. He has an equal partner in Julia Kleiter, who plays the role of Lisa. Fabio Luisi and Andreas Homoki also know that the genre of operetta requires particular care – which is why they have assumed personal responsibility for this production.

Homoki lets the plot take place in a Paris Variété theater from the 1920s, complete with show staircase and heavy curtains. To emphasize the operatic elements, he condensed the piece, cutting several secondary roles and shortening dialogues. 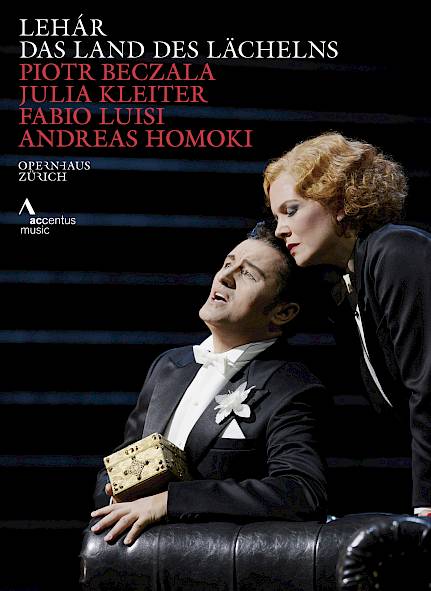