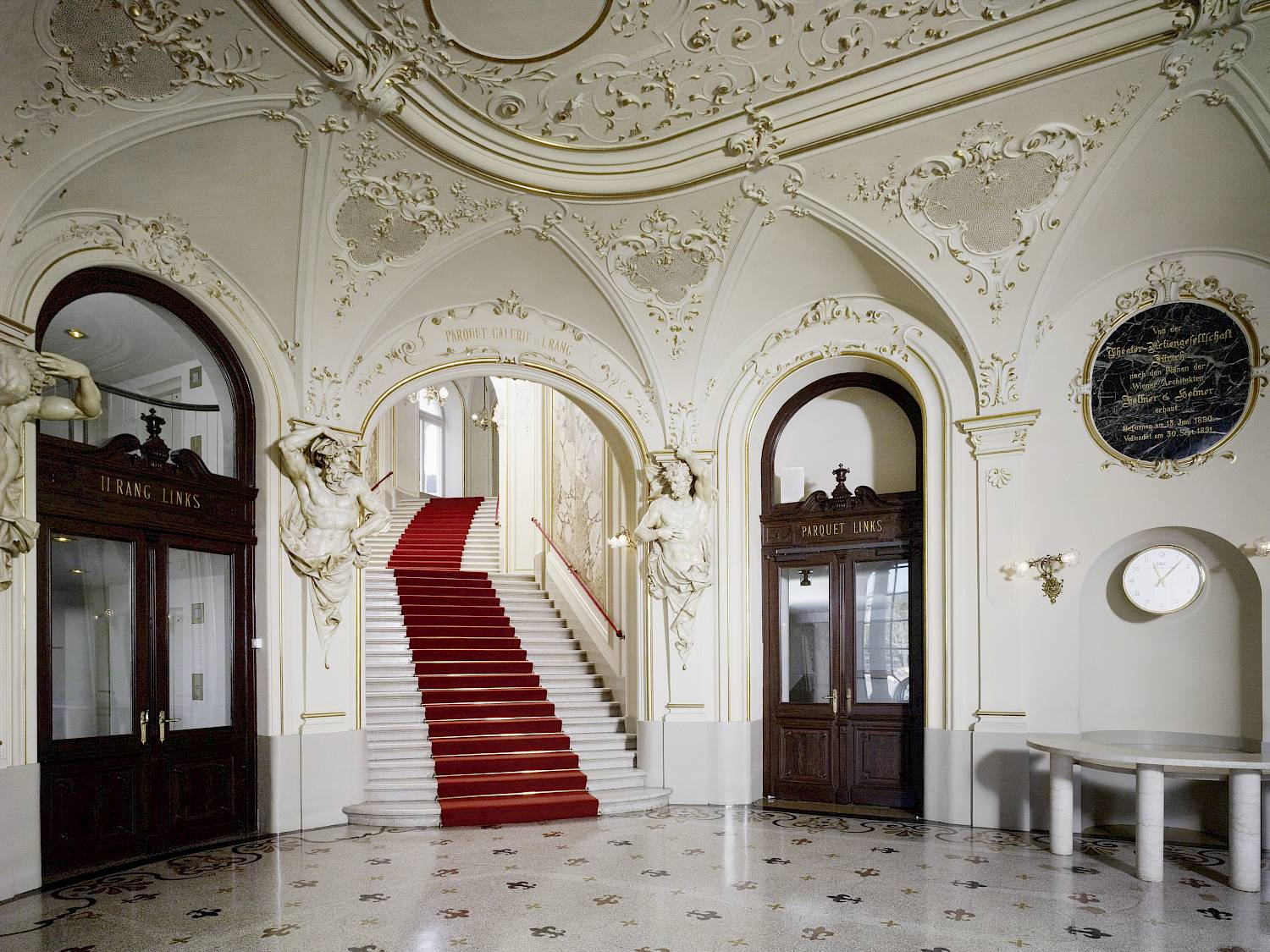 The history of Zurich Opera House begins with the «Actien-Theater» (shares theatre), which opened in 1834 with Mozart’s «Zauberflöte». Zurich’s first permanent theatre, it was established in the form of a joint stock company by theatre-loving citizens. The joint stock company (today known as Opernhaus Zürich AG) still runs the institution, and celebrated its 175th anniversary in 2009. The Canton of Zurich has been the main subsidiser since 1995. The old «Actien-Theater» burnt down in 1890 and was replaced by a new building designed by Fellner and Helmer. This theatre, located not far from Bellevue on Lake Zurich, was financed almost entirely by private means. It was inaugurated with Wagner’s «Lohengrin» under the name of «Stadttheater» (town theatre) in 1891. Musical theatre and drama have gone their separate ways in Zurich since 1921. The old «Stadttheater» has been known as the Opera House since 1964. Now with a seating capacity for approximately 1,100, the theatre was renovated entirely between 1982 and 1984, and an extension was added on Uto-Quai to accommodate a second, studio stage. In 1985 the opera orchestra was separated from the Tonhalle Orchestra, thus bringing the Philharmonia Zürich into being. Zurich Opera has had its own baroque ensemble («La Scintilla») since 1995, formed by members of the opera orchestra.

You will find the commemorative publication on the 175th anniversary of the «Theater-Actiengesellschaft» here. To the scrollable Festschrift.

«Fire, fire! The theater is on fire!» – «And I thought it was just a part of the second act?!»
No one’s injured. Everyone’s relieved – primarily because the theater is on fire. The theater, here, in Zurich, in 1890. Relieved? Don’t the citizens want a theater anymore? Or do they want a theater – just not this one, and… they set it on fire on purpose?? No, they didn’t. But they did have a much better spark of an idea. In Episode 8 we analyse the myth behind the founding of Opernhaus Zürich AG.

The Zurich Opera House over time 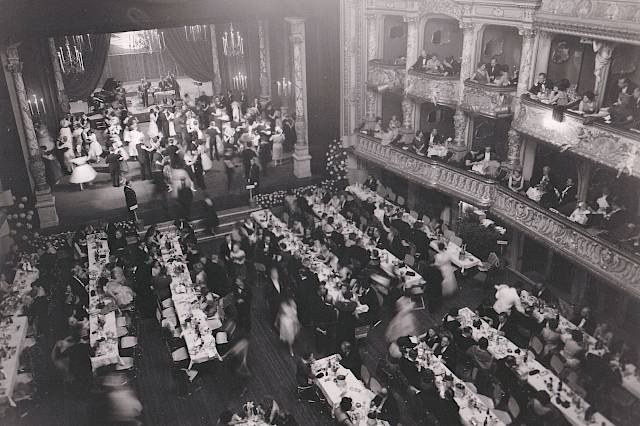 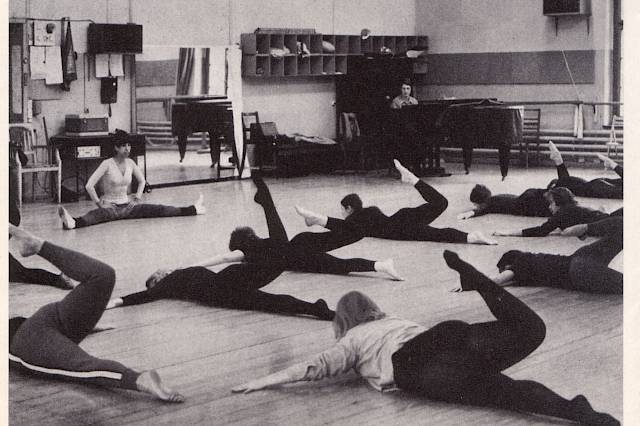 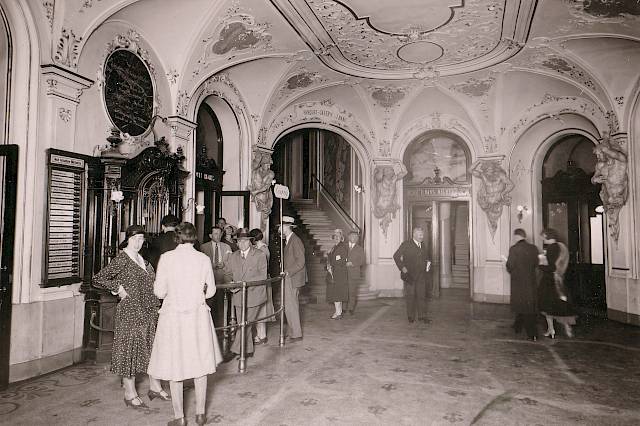 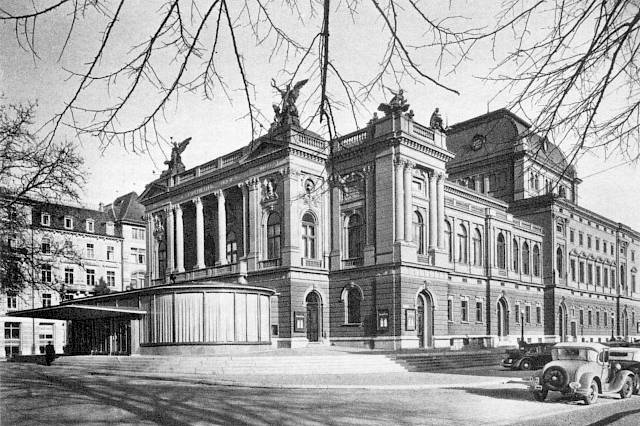 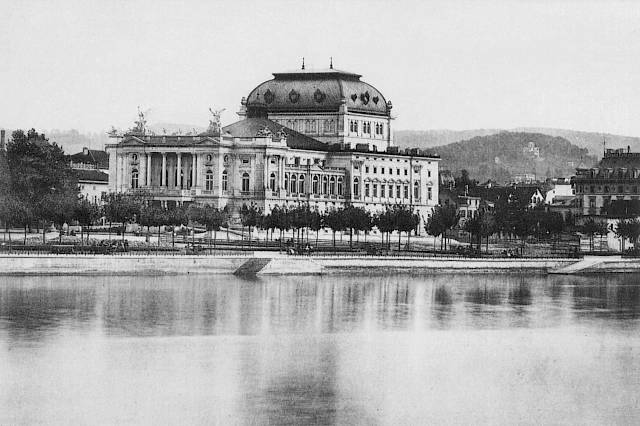 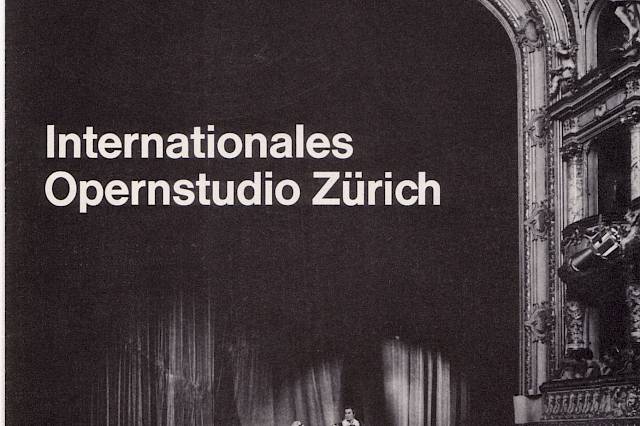 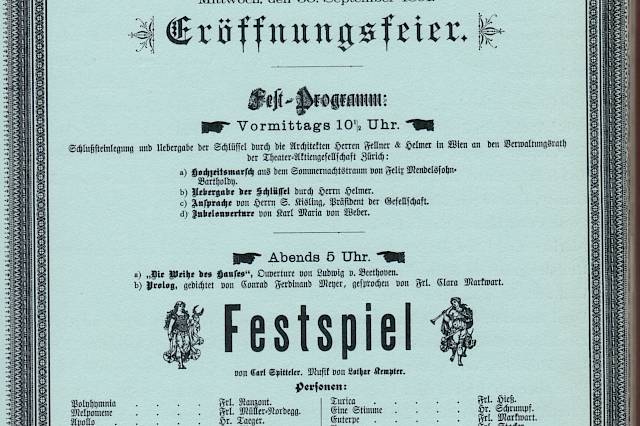