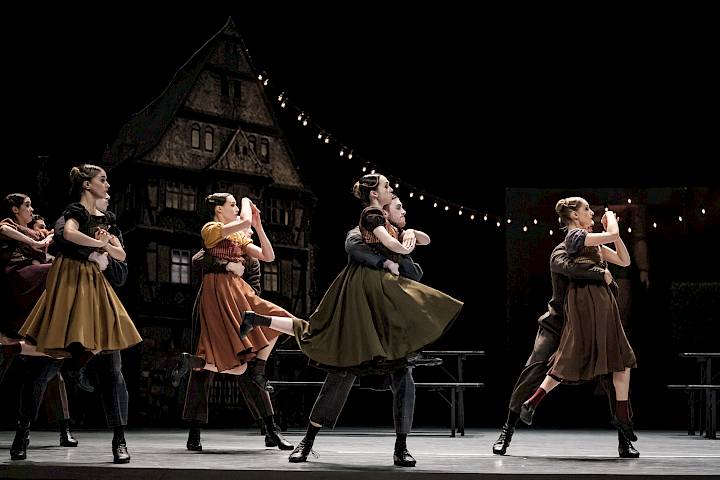 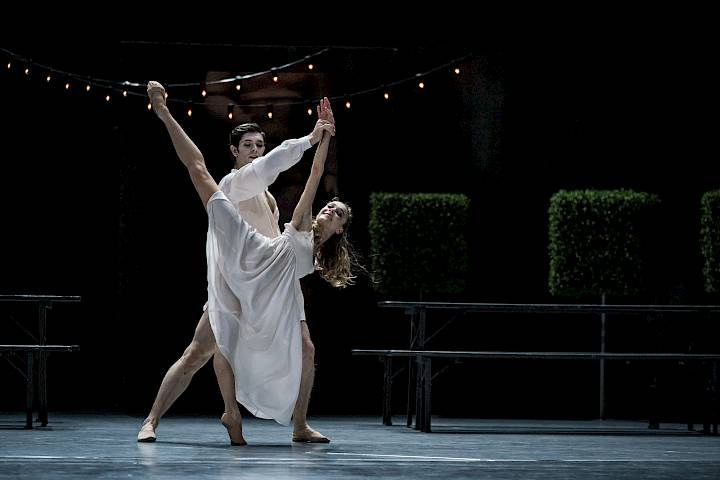 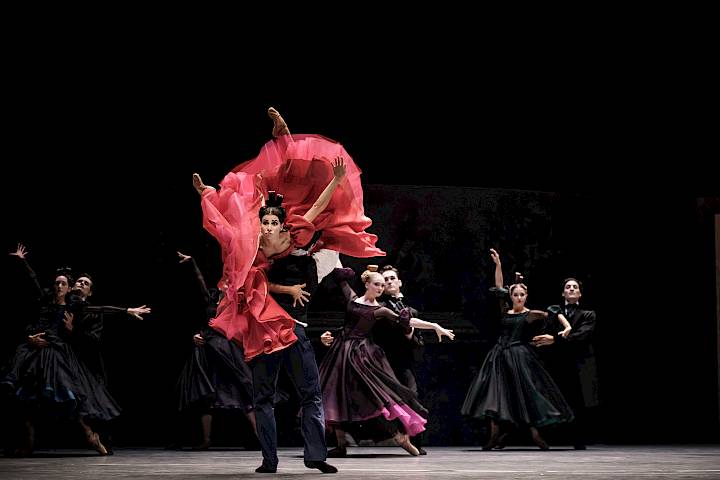 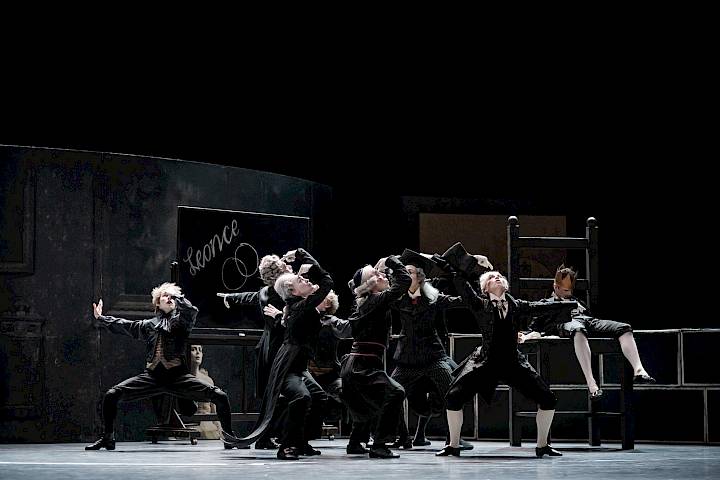 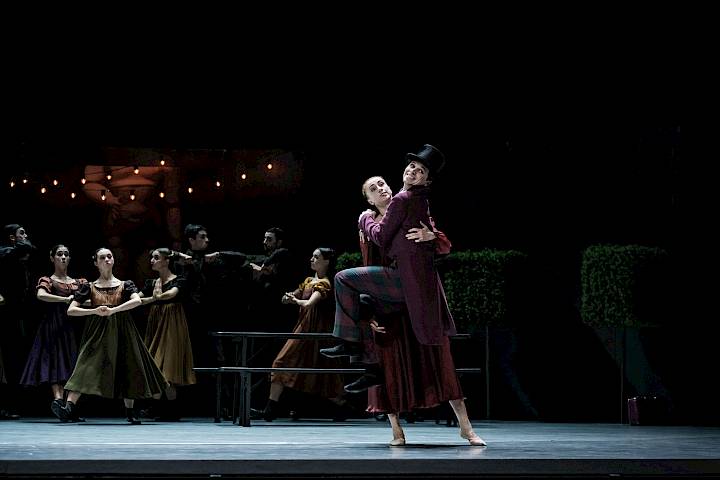 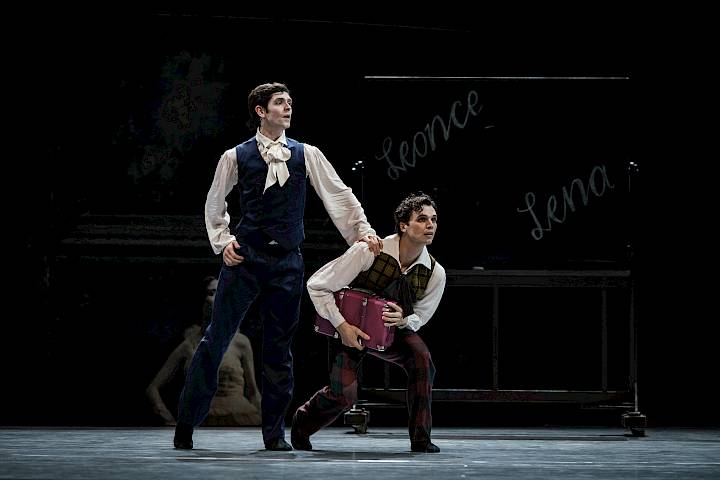 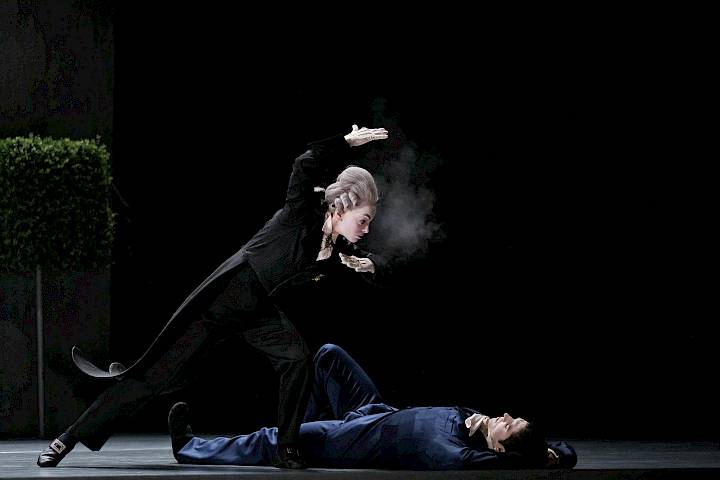 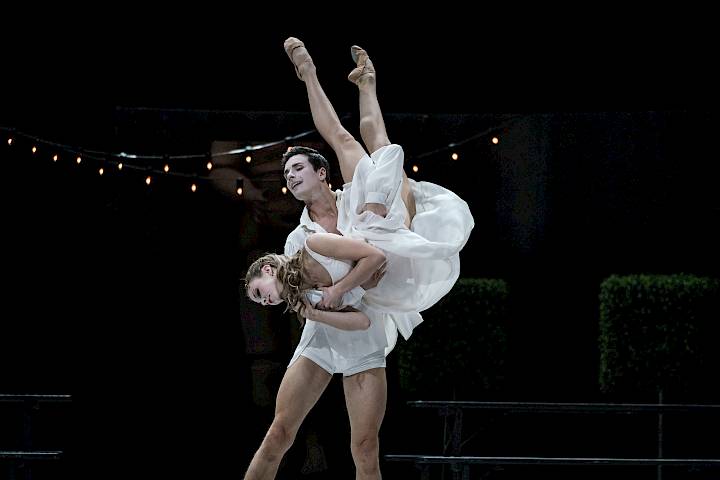 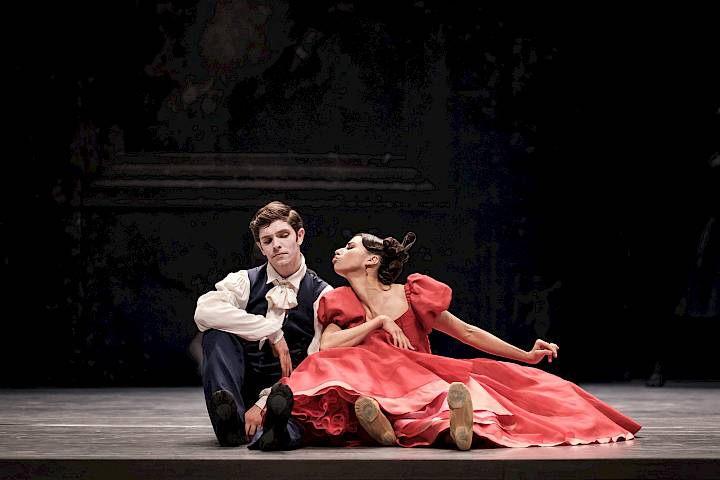 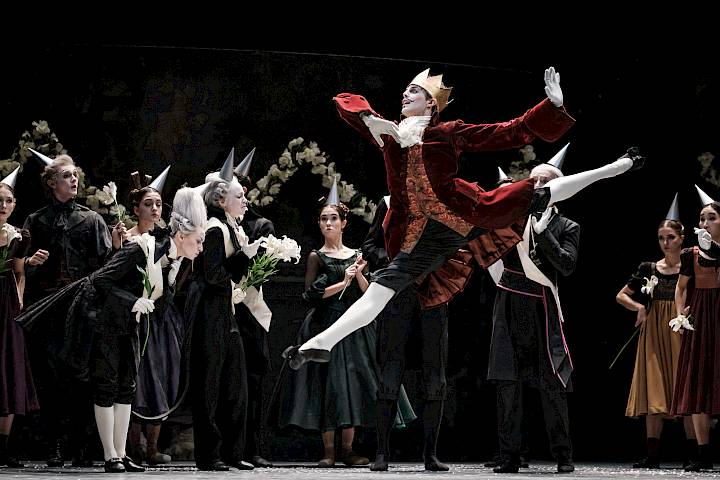 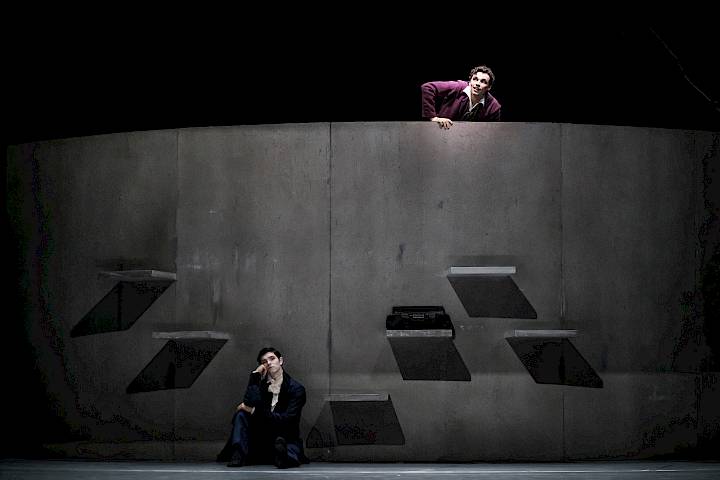 Pictures from the rehearsal stage 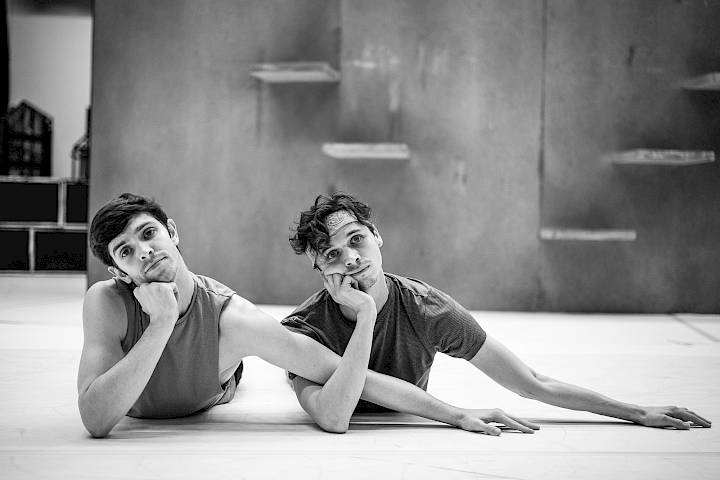 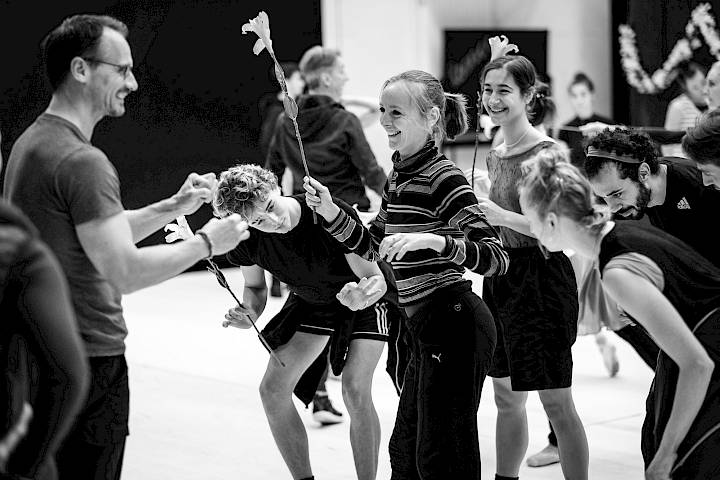 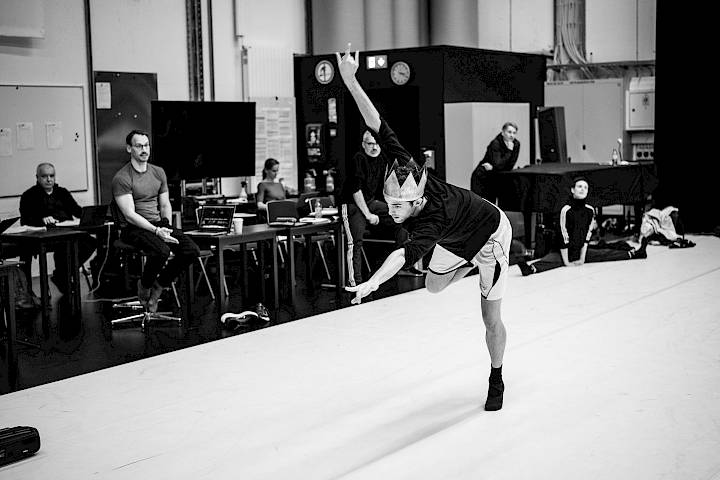 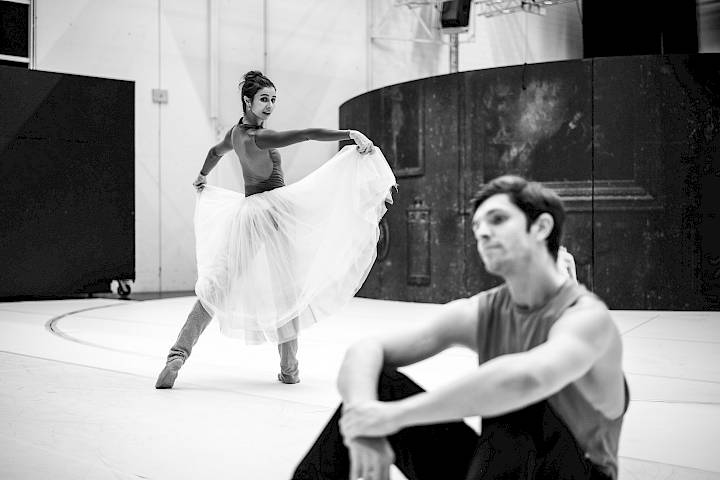 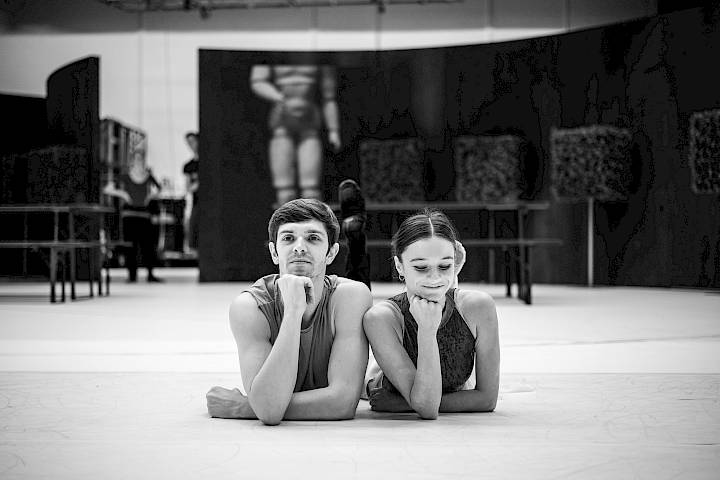 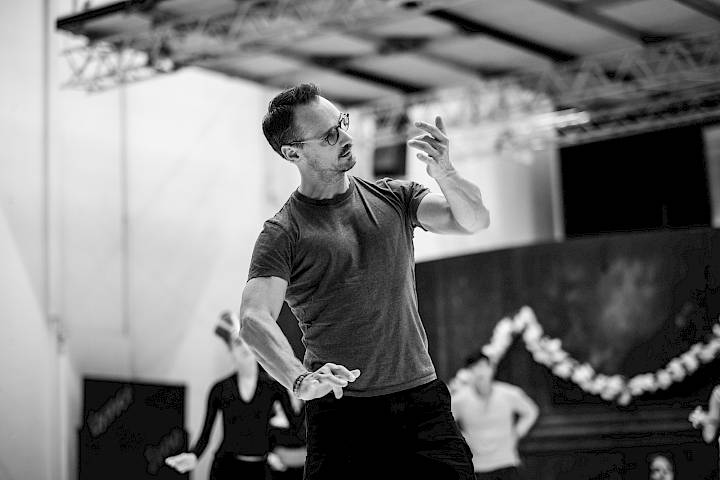 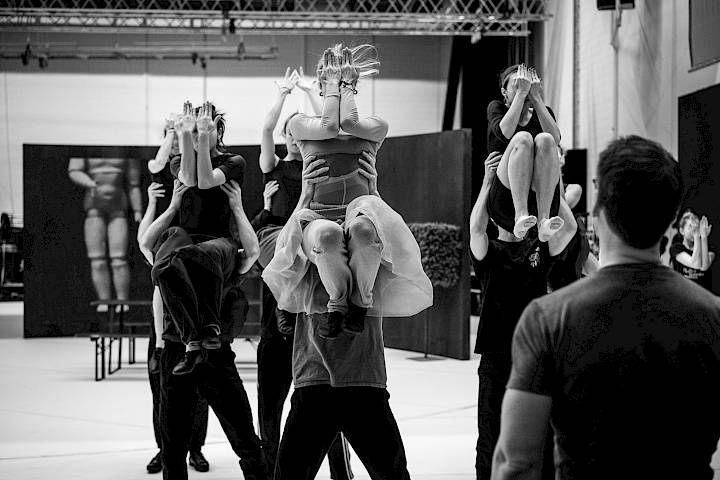 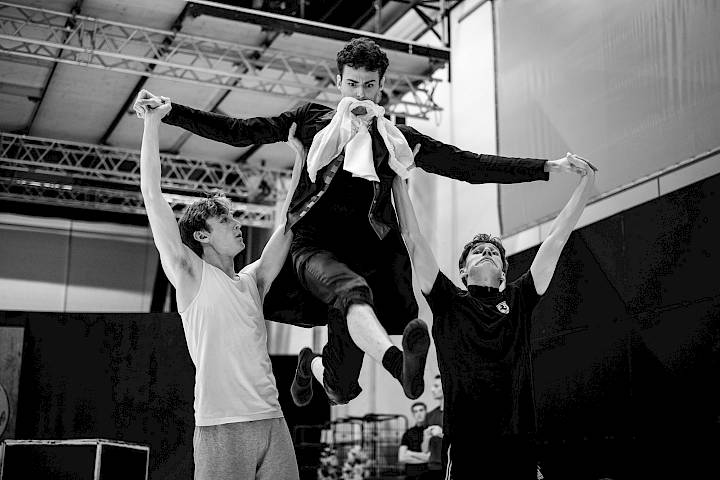 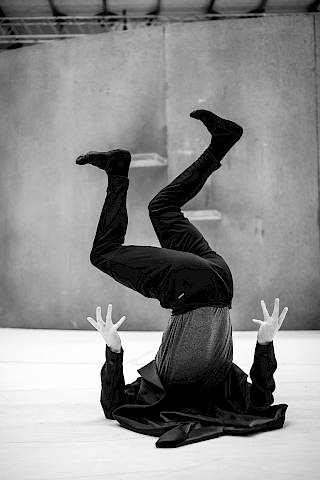 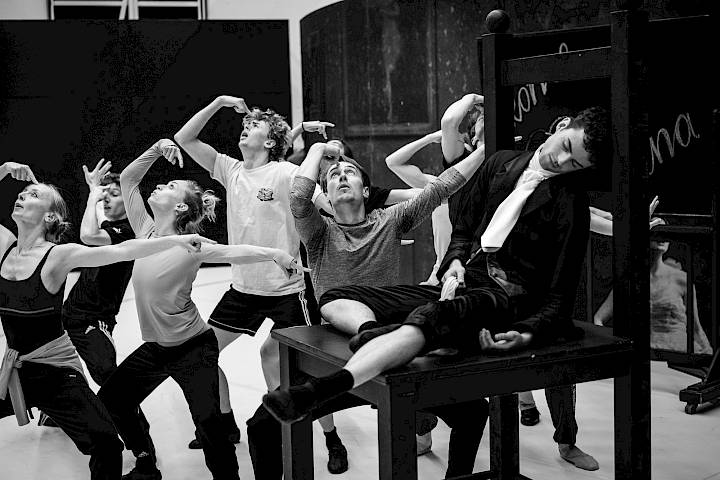 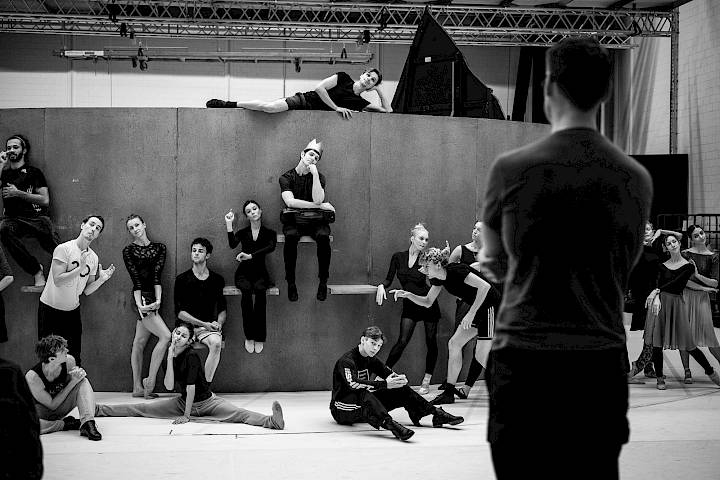 PART 1
Leonce, the prince of the kingdom of Popo, lies in the garden and passes his boredom while the court master tries unsuccessfully to acquaint him with the duties of government. Valerio, a fun-loving idler, befriends Leonce. King Peter of the kingdom of Popo has his two dressers put on the robes of state. However, a knot in his handkerchief disturbs the king's ceremony because both he and the ministers cannot think of what the mnemonic is supposed to remind him of.
At a dance party in the ballroom of the kingdom of Popo, Leonce has his mistress Rosetta called to him, but sends her away again, bored. During the party, the president of the state declares that the wedding with Princess Lena from the kingdom of Pipi, which was arranged long ago, is to take place the next day.
The court urges Leonce to finally fulfill his duties as heir to the throne. Thereupon Leonce and Valerio decide to flee. In the courtly garden of the kingdom of Pipi, Princess Lena sits and thinks about the meaning of life in an unwanted marriage to a prince she does not know. The parental arrangement is unbearable for her. She longs for freedom and in youthful defiance plans to escape with her governess. Near an inn, the paths of the two women cross with those of Leonce and Valerio.

PART 2
The inn guests are in the garden, where Valerio and the governess also take a liking to each other. Away from the hustle and bustle, Leonce and Lena fall in love. A togetherness full of longing for love, but also full of skepticism, develops between the two, who have been disappointed by life up to now.
The unprecedented feeling of happiness leads Leonce to a death wish, from which Valerio is able to dissuade him at the last minute. In the kingdom of Popo, the court is making all the preparations for the wedding of the prince and princess. However, the bride and groom are missing. Leonce, Lena, the governess and Valerio join the guests masked as automatons. Led by Valerio, Leonce and Lena come to the fore. King Peter has the "strangers" married. With the subsequent unmasking of the bride and groom, both the royal family and Leonce and Lena realize the double fate: the intended couple have fallen in love with each other in freedom and the court has married the couple that was actually declared missing. The affairs of state are placed in Leonce's hands, Valerio takes the post of Minister of State and wants to decree general idleness. Thus, everything remains the same and everyone takes the position that was intended for them.

LEONCE AND VALERIO FROM POPO
Bernd Alois Zimmermann: Prologue from The Yellow and the Green
Johann Strauss (son): Perpetuum Mobile
Eartha Kitt: Let's Do It

ROSETTA / THE DECISION TO FLEE
Amilcare Ponchielli: Dance of the hours from "La Gioconda
Bernd Alois Zimmermann: Little Waltz from "The Yellow and the Green

LEONCE AND LENA
The Mamas and the Papas: Dream a Little Dream
Martin Donner: Love Pattern