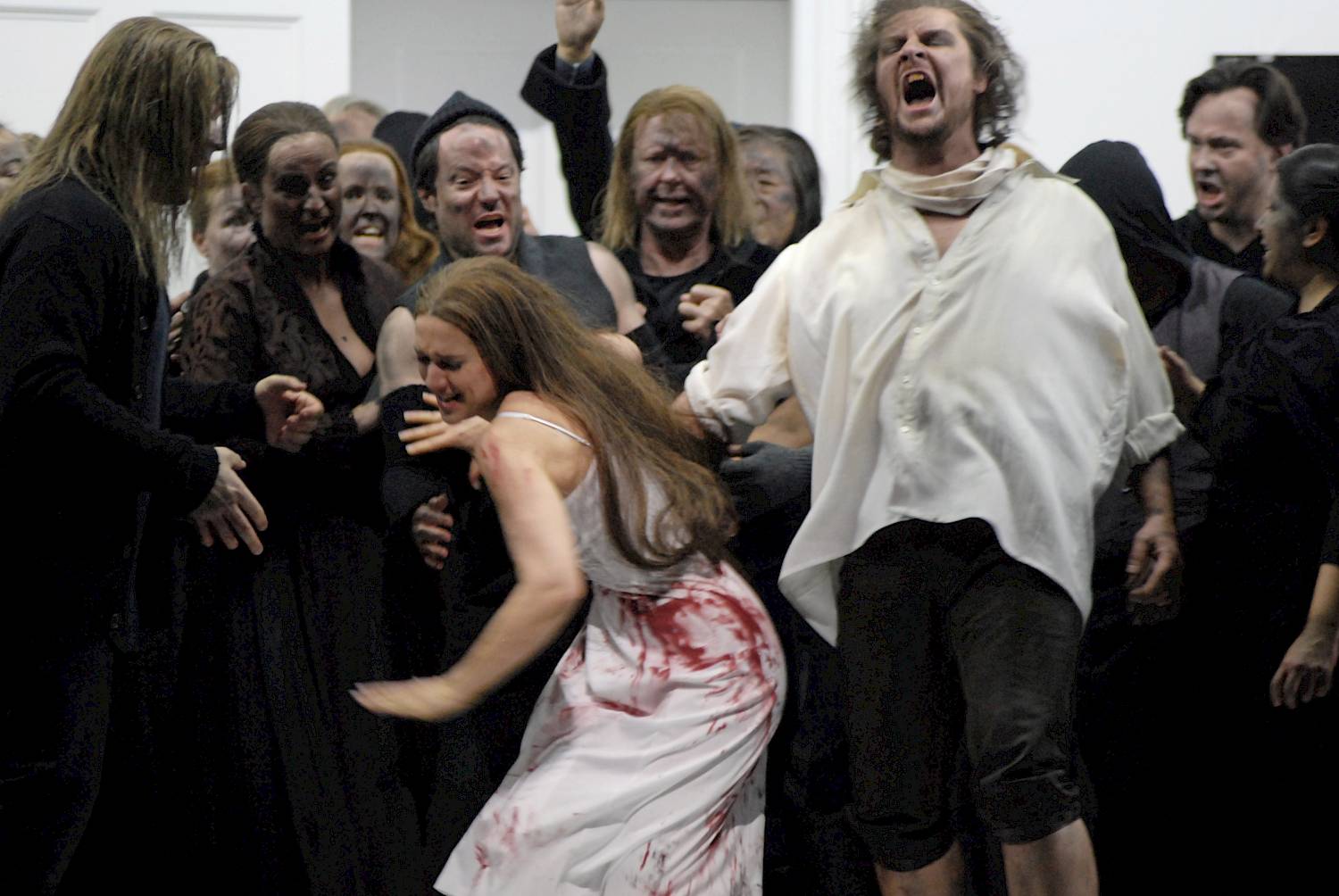 You can enjoy the streaming of Genoveva free of charge. If you would like to express your joy and attachment with a donation, you are welcome to do so here. Thank you very much! 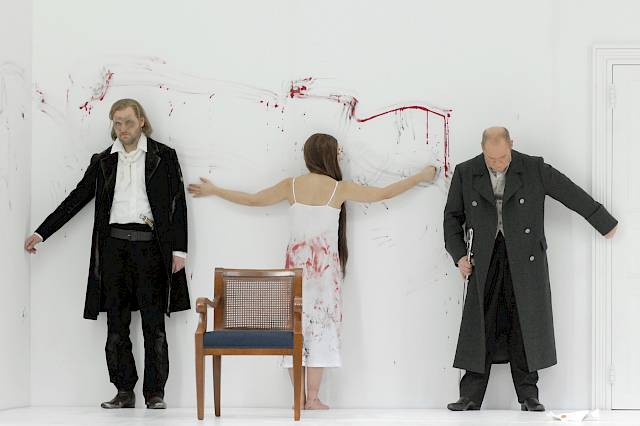 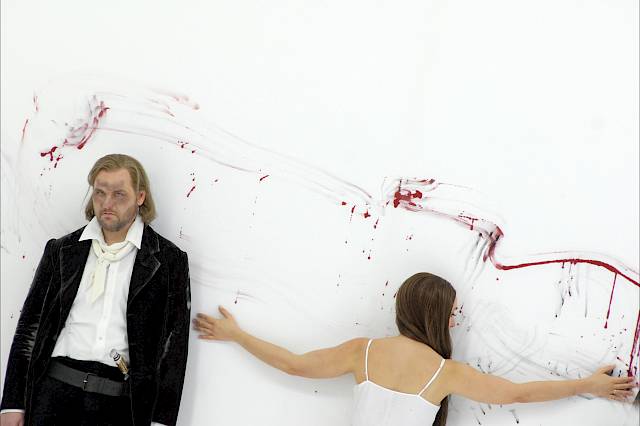 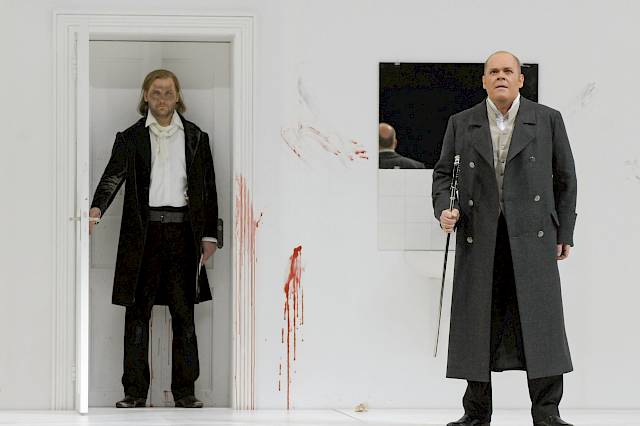 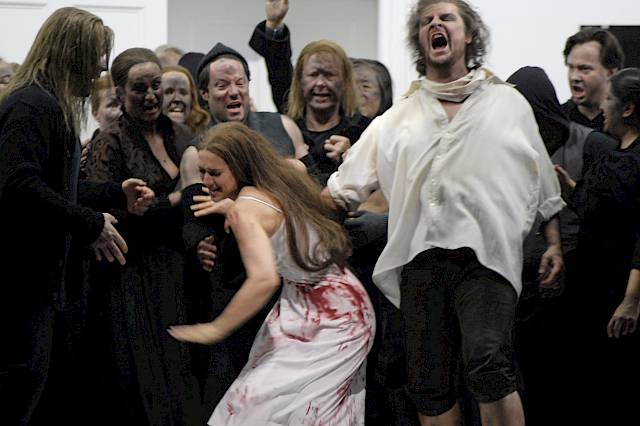 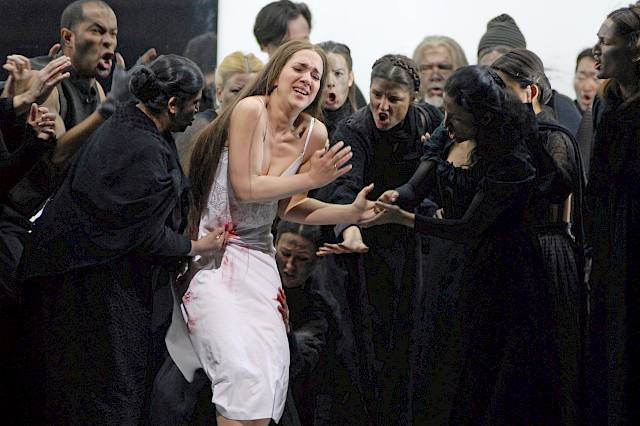 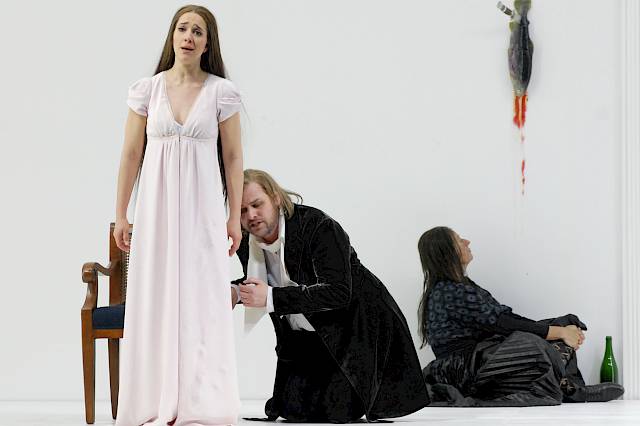 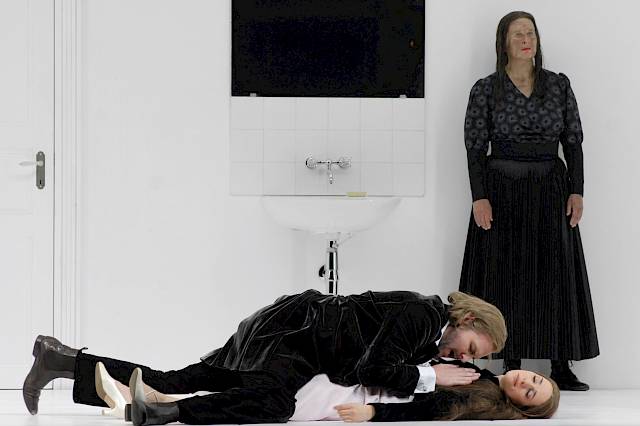 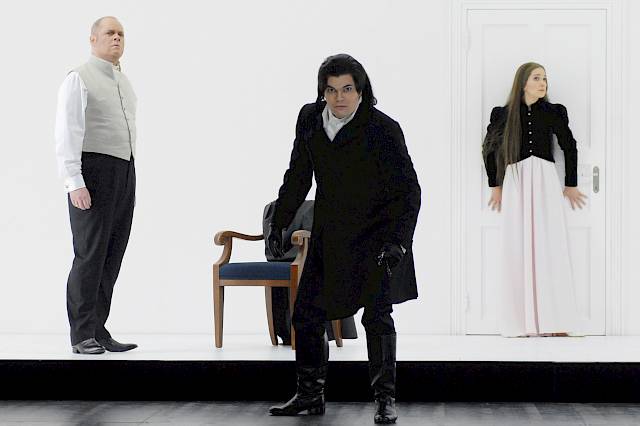 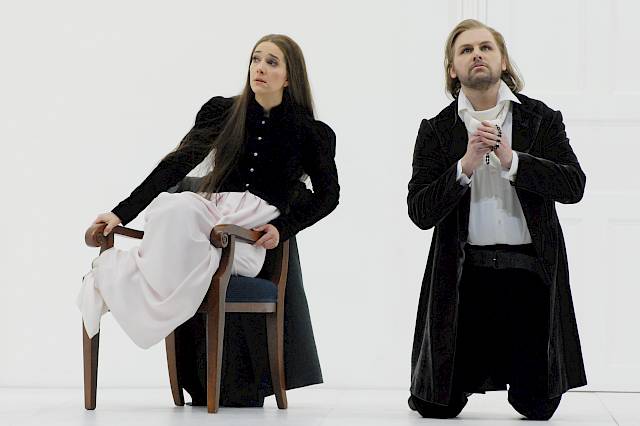 «This performance is the grand rediscovery of an unknown opera – and at the same time, an example of the ideal collaborative work between stage direction and musical direction. This adaption for the screen is also especially successful here: through the lens of the camera, the performance only gains in intensity.»

The Neue Zürcher Zeitung called this 2008 performance of Robert Schumann’s «Genoveva» a «gripping operatic event» and a «rehabilitation» of this work «at the highest level». Nikolaus Harnoncourt had campaigned for the rediscovery of this rarely-performed opera, and described it as a modern psychological drama, a work of genius, «for which one must go on the warpath». His musical interpretation exposes the piece’s modernity and relies on pointed contrasts with cutting accents, and also great lyrical arcs.

Martin Kušej took on the task of bringing the opera to life on stage. He freed the story from the trappings of knights in shining armor and macabre legend, choosing instead to zoom in on the individual figures. At the center of this production is Golo, who has been rejected by Genoveva. Driven by his wounded pride, he promises to seek his revenge against her; in doing so, he becomes a reflection of the composer himself, who threw himself into the Rhine River only four years after his «Genoveva» premiered. Shawn Mathey embodies Golo with pointed intensity, and Julia Banse’s stage presence and musical agility make her an ideal Genoveva.