After his successful trio of operas – Rigoletto, Il trovatore and La traviata – Giuseppe Verdi chose a historical subject matter for his next opera: the murder of the Swedish King Gustav III at a masked ball in 1792. The love story between Gustavo and Amelia, his best friend’s wife, unfolds against the background of historical events. It ends when the King, at the very moment he renounces his forbidden love, is killed by Amelia’s jealous husband Renato Anckarstroem. Not only due to the circumstances of the murder during the masked ball of the title, but also figures such as the fortune teller Ulrica or the page Oscar make the opera a dazzling piece in which the tragic fundamental conflict is continuously superimposed with absurd humour and a lightness of touch reminiscent of the operetta.

The British director David Pountney, who is well known for his black humour, staged Un ballo in maschera as a fatal play within a play: Gustavo appears to have confused global politics with a gigantic theatrical performance – the control of which is increasingly slipping out of his hands. Under the baton of general music director Fabio Luisi, the cast is torn between passion and drama: Otar Jorjikia is the Swedish monarch Gustavo III, George Petean is his rival Renato, Sondra Radvanovsky is Gustavo’s secret love Amelia, and Marie-Nicole Lemieux is master manipulator Ulrica. 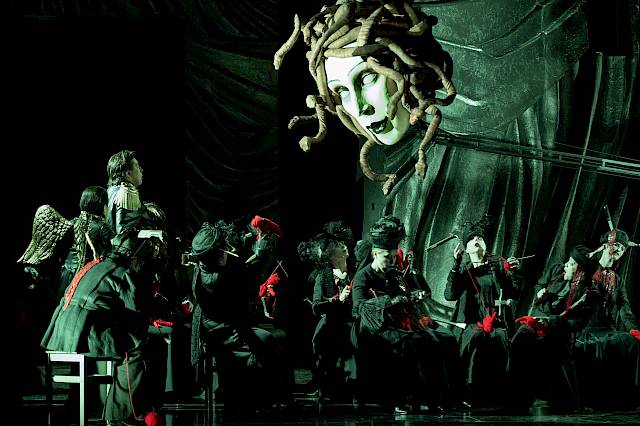 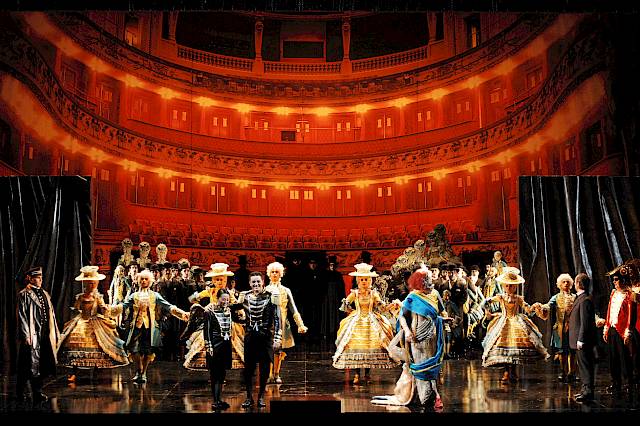