Anton Bruckner described his Fourth Symphony as «Romantic», and under this name it soon became his most popular work. Introduced by an idyllic horn call motif, the Fourth Symphony – Bruckner’s first in a major key – is characterized by a warm, natural, luminous underpinning. Both the slow movement, with its funeral march character, and the sometimes frighteningly-dark and powerful final movement are in stark contrast to the symphony‘s initial
warmth. As was often the case, Bruckner revised the symphony numerous times in the run-up to its premiere, which was given by the Vienna Philharmonic in 1881. Fabio Luisi recorded the 1878 version, with the finale from the 1880 version, with the Philharmonia Zürich. This version has long-since established itself as the official concert version of Bruckner’s Fourth Symphony. 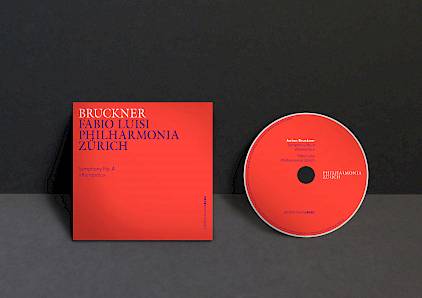