With his «Great» symphony in C major, Franz Schubert composed a work of mighty proportions – Robert Schumann, who became aware of the score after Schubert’s death, spoke of a "heavenly length". Not until 1839, eleven years after Schubert's early death, the sym phony in C major was played by Felix Mendelssohn Bartholdy in the Gewandhaus in Leipzig for the first time. After the symphonies of Beethoven, Schubert’s "Great" is considered to be one of the most important symphonic orchestral work of the early 19th century and is now a part of the core repertoire in all the major symphony orchestras. General Music Director Fabio Luisi has worked on the Schubert’s Symphony 2019 with the Philharmonia Zurich. The live recording in the Opernhaus Zürich is now available. 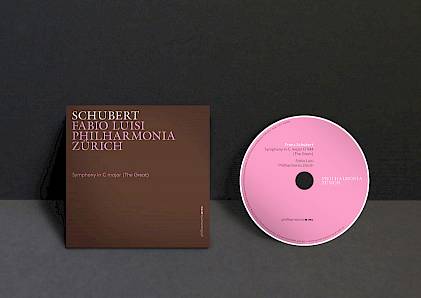