E.T.A Hoffmann's darkly romantic fairy tale «Nussknacker und Mausekönig» forms the core of Christian Spuck's work. Conventional ballet productions often neglect and simplify the literary source. Here, both the – often omitted – fairy tale about Princess Pirlipat and the story of the Prince turned into a wooden Nutcracker are part of the ballet.

Christian Spuck's «Nussknacker und Mausekönig» is a game of imagination and reality that skillfully jumps back and forth between several narrative levels and revives all facets of the fairy tale. It was enthusiastically acclaimed during a guest performance of Ballett Zürich at Moscow’s legendary Bolshoi Theatre. 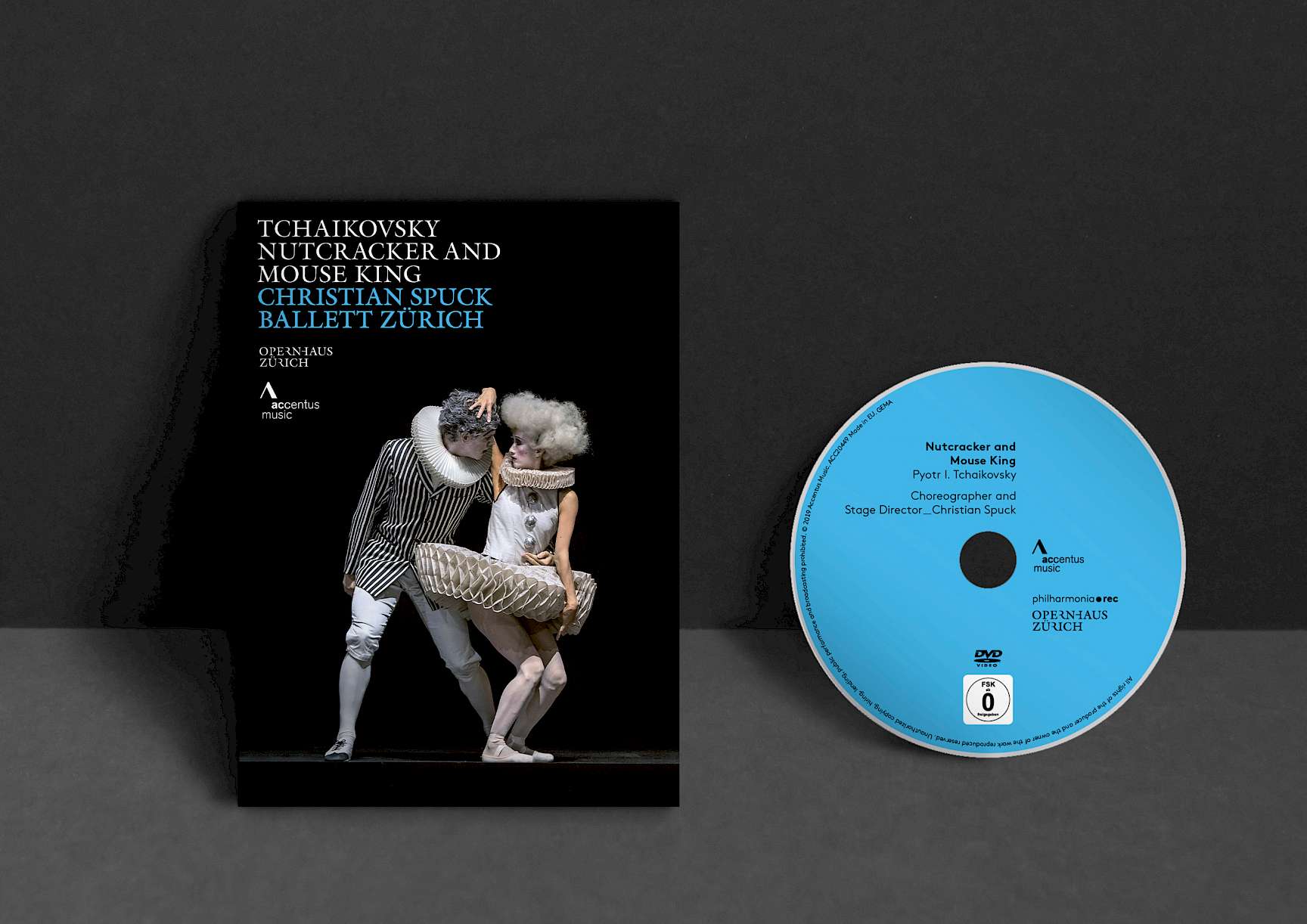 As orders from abroad sometimes incur disproportionately high customs duties, we recommend buying via Amazon for orders outside Switzerland. You can find the DVD here.