Johann Christian Bach
Concerto for Cembalo No. 3 in F minor

Follow the concert in the Live-Stream, La Scintilla subscription

Johann Sebastian Bach had 20 children, of whom four sons became important composers and at times even surpassed their father's fame. All four were taught by their father - his influence on the sons is unmistakable. But Wilhelm Friedemann, Johann Christoph Friedrich, Johann Christian and Carl Philipp were a generation that stood at the beginning of the Early Classical period, and this meant moving away from the old polyphonic Baroque style of writing to a more natural, "sensitive" expression.

The eldest son was Wilhelm Friedemann Bach, whose Symphony in F Major "Dissonant" is performed by the Orchestra La Scintilla. His often brusque, expressive style anticipates the "Sturm-und-Drang" movement. He was one of the first freelance artists of his time, which was a great challenge within the absolutist ruling system and often brought him into financial difficulties.

Carl Philipp Emanuel Bach, the most famous of the Bach sons, was the second surviving son of Johann Sebastian and his first wife Maria Barbara. As municipal music director of Hamburg, he made the city one of the most important music centers. He was held in high esteem by the Viennese classics such as Haydn, Gluck and Beethoven. Mozart put it in a nutshell: "He is the father; we are the boys. Those of us who know the law, learned it from him." The Symphony in E minor with the sobriquet "Fandango" from Bach's Berlin period is one of his most famous works.

Johann Christian Bach was the youngest of Bach's children. After the death of his father, his half-brother Carl Philipp took over his musical education in Berlin. Further important stations were Milan and London. In Milan he came into contact with opera, which became one of the most important genres in his work.

Somewhat in the shadow of his brothers stood Johann Christoph Friedrich, the so-called "Bückeburger" Bach. As a court musician at the court of Count Wilhelm von Schaumburg-Lippe in Brückeburg, he became acquainted with the Italian style through the Italian musicians there. But also the music of Mozart and Gluck left traces in his oeuvre, whose works he heard for the first time at his brother Johann Christian in London. 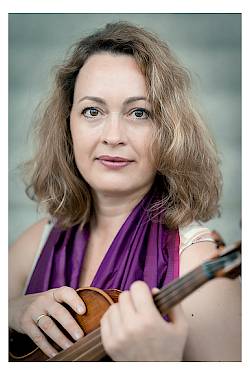 Unfortunately, due to the Corona crisis, there are no longer any public performances until the end of February 2021. You can find more information here.

Instead, enjoy our digital program at www.opernhaus.ch/digital.