Music by Pyotr I. Tchaikovsky (1840-1893)
Ballet in one prologue and two acts by Christian Spuck
after the fairytale «La Belle au bois dormant» by Charles Perrault 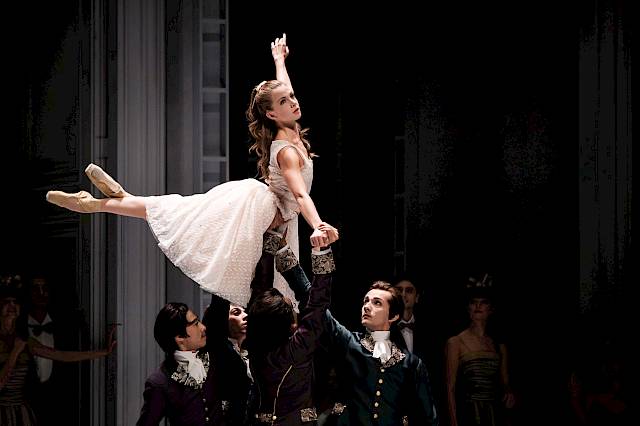 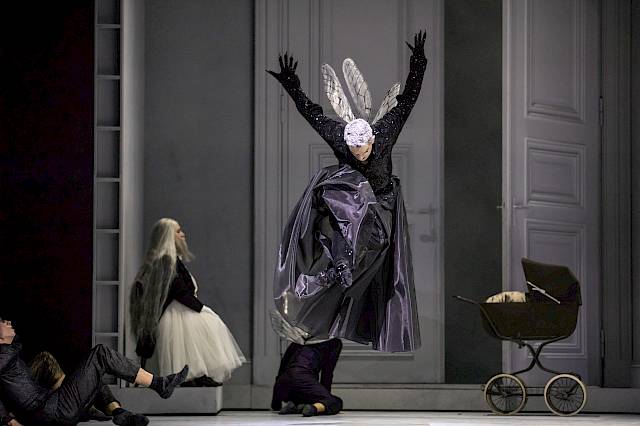 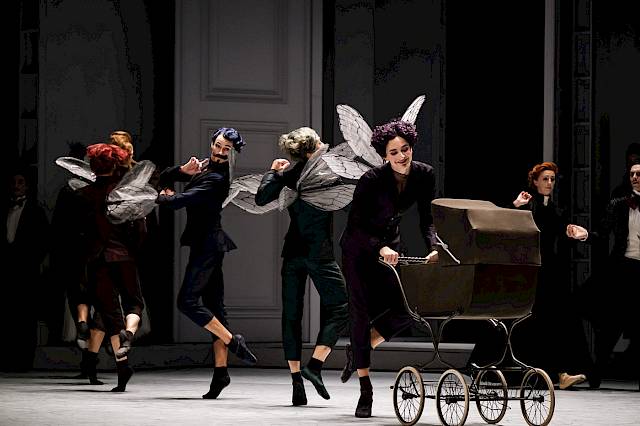 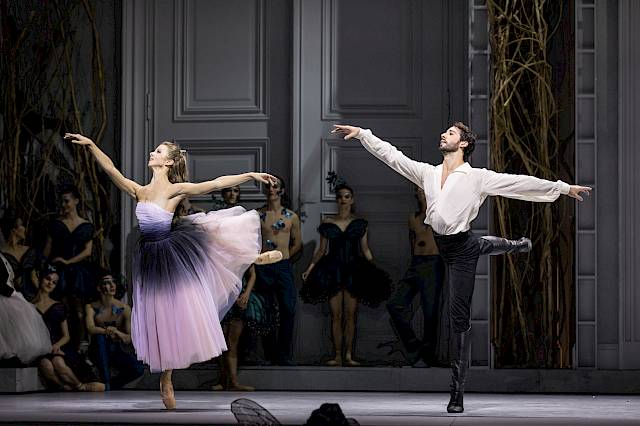 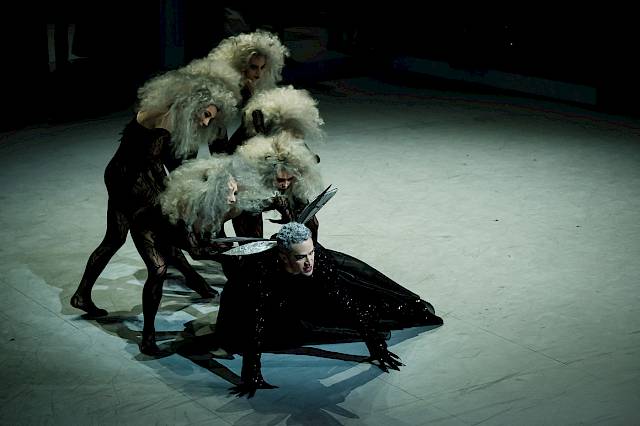 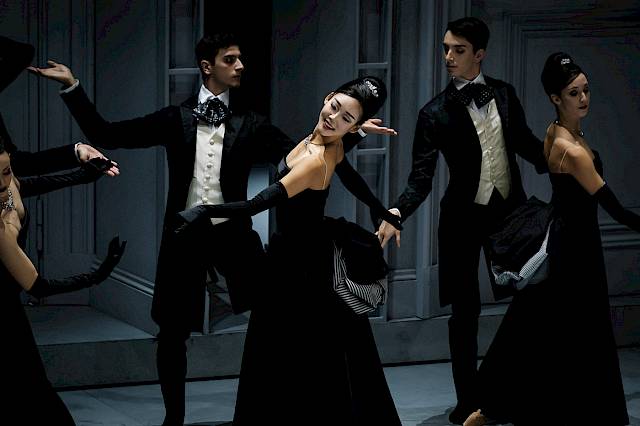 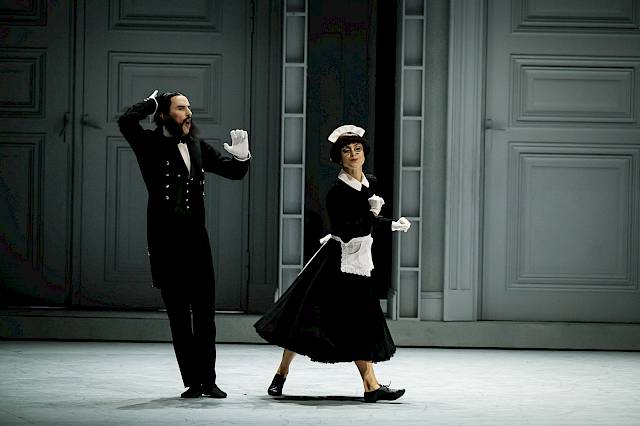 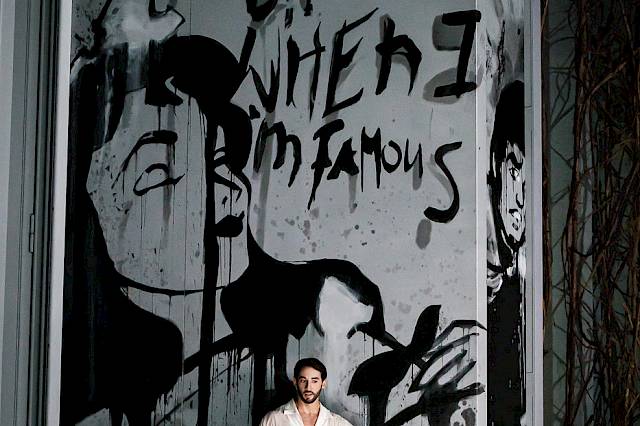 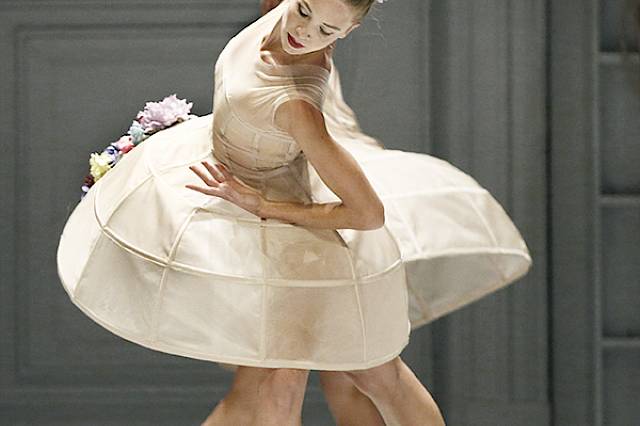 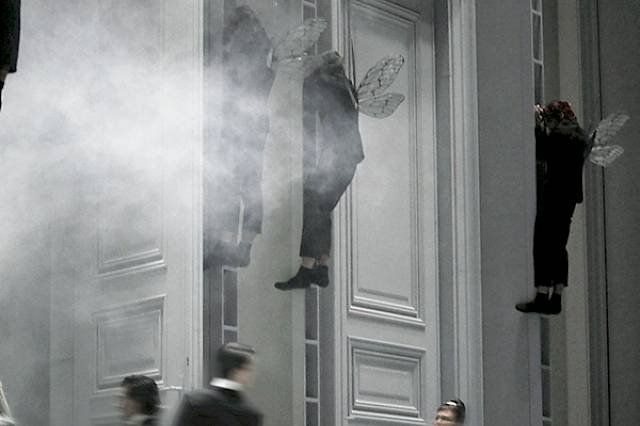 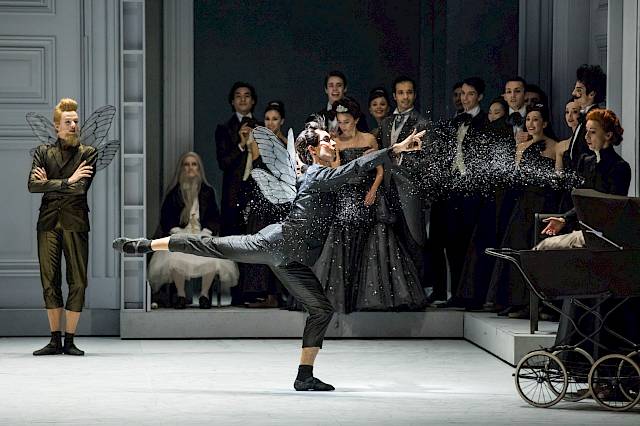 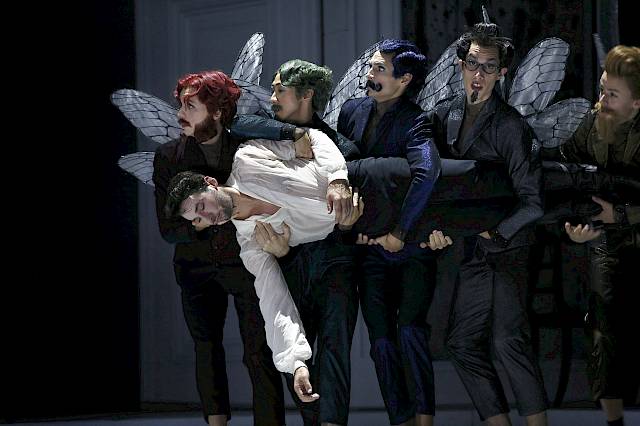 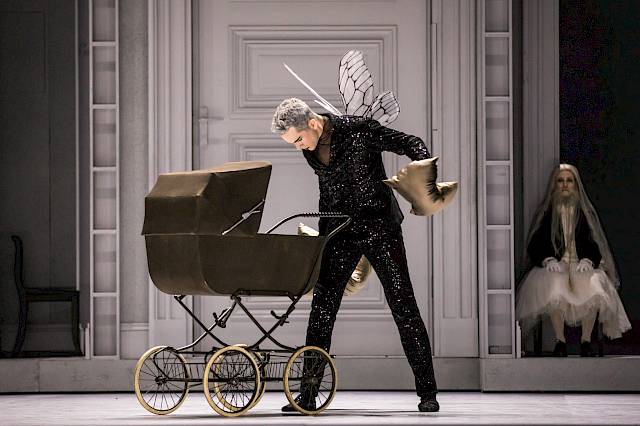 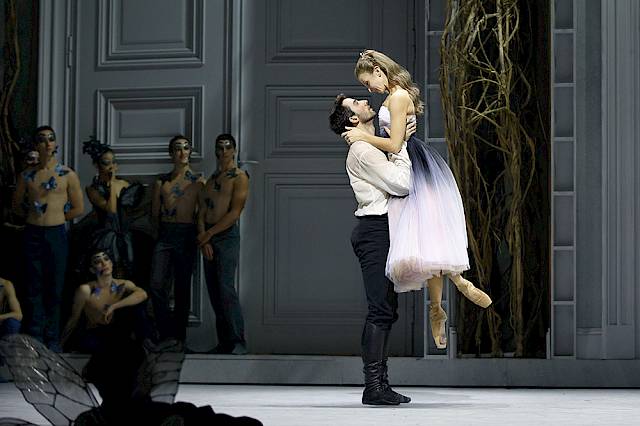 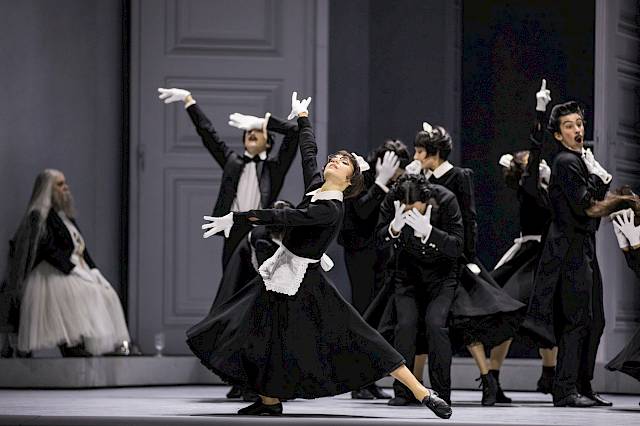 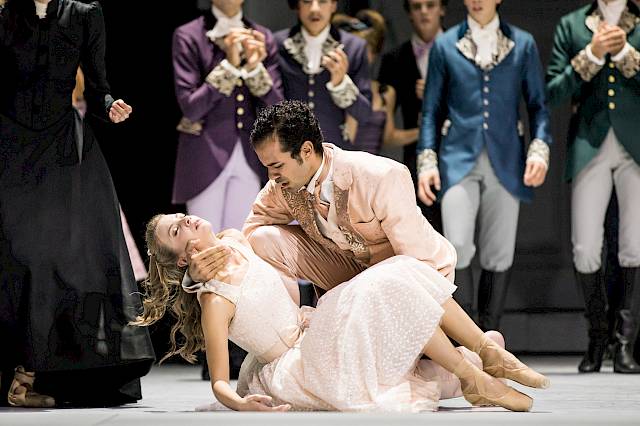 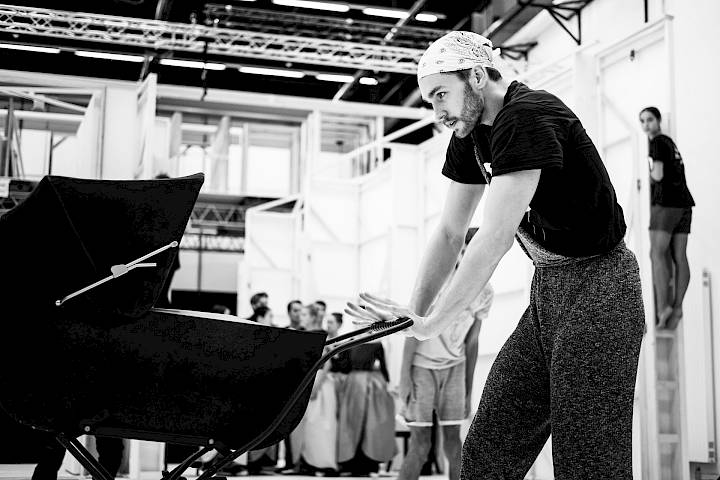 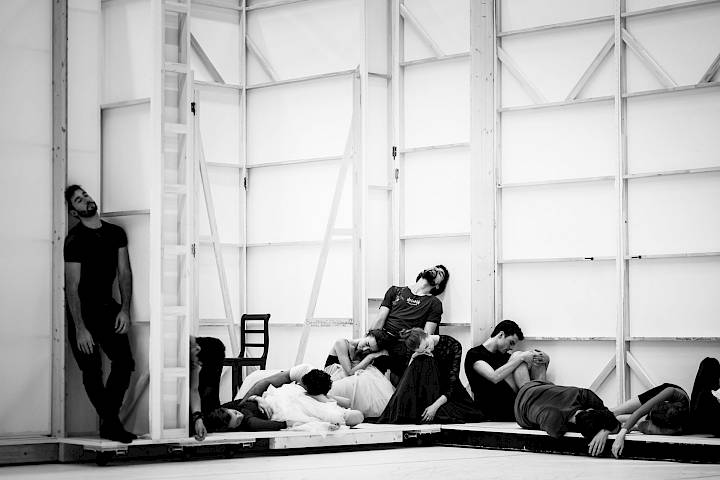 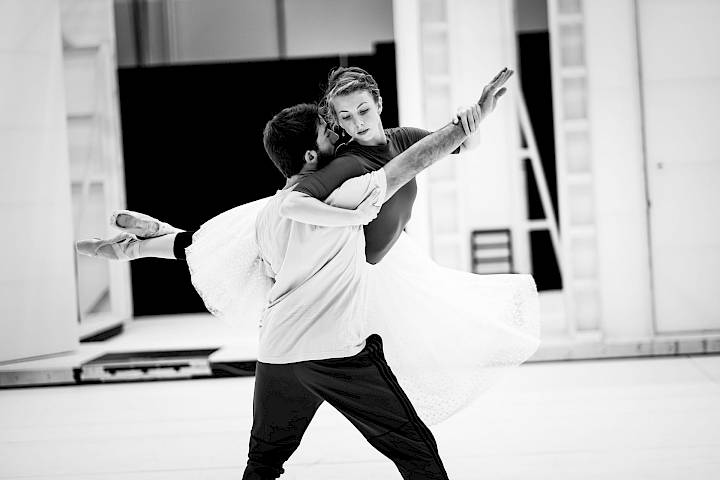 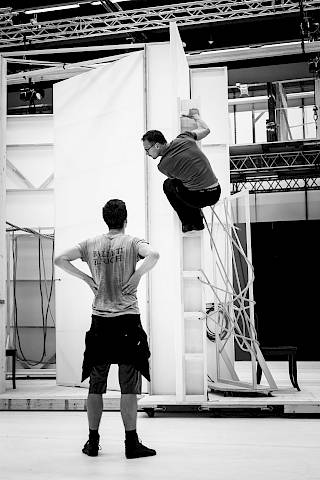 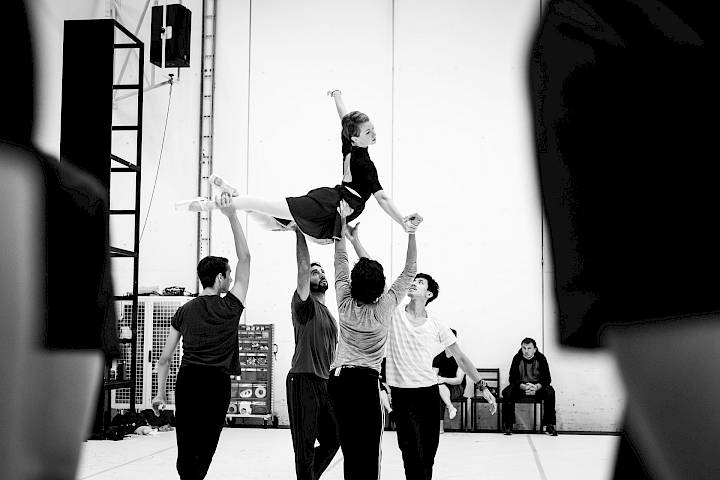 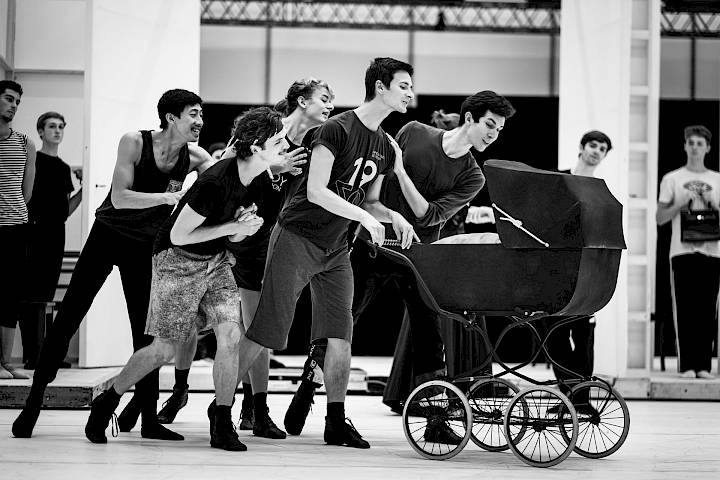 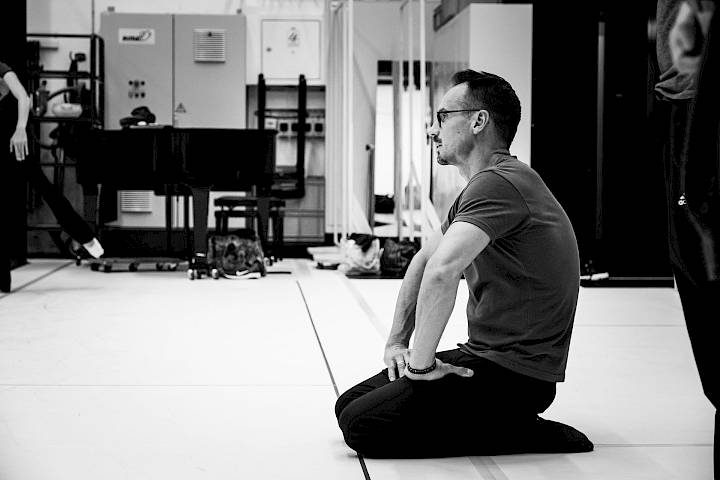 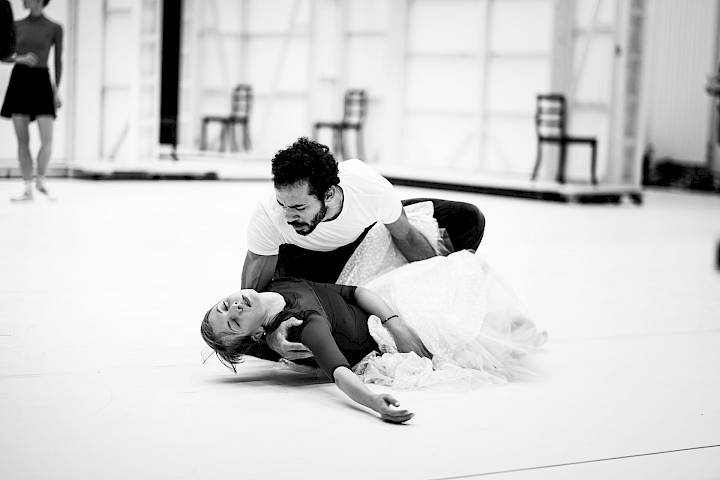 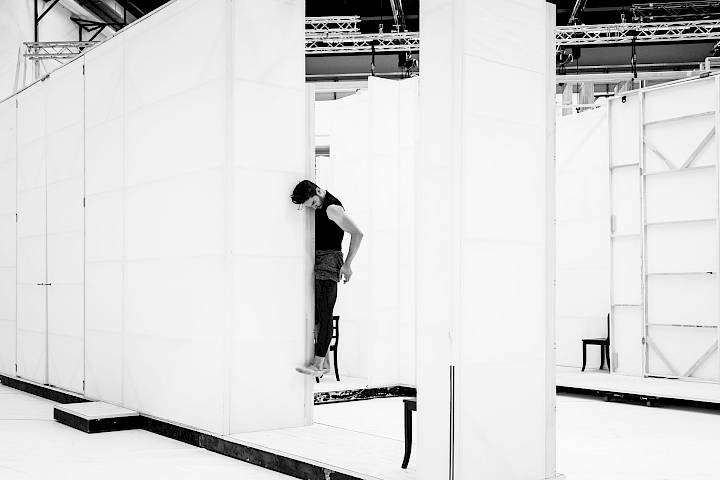 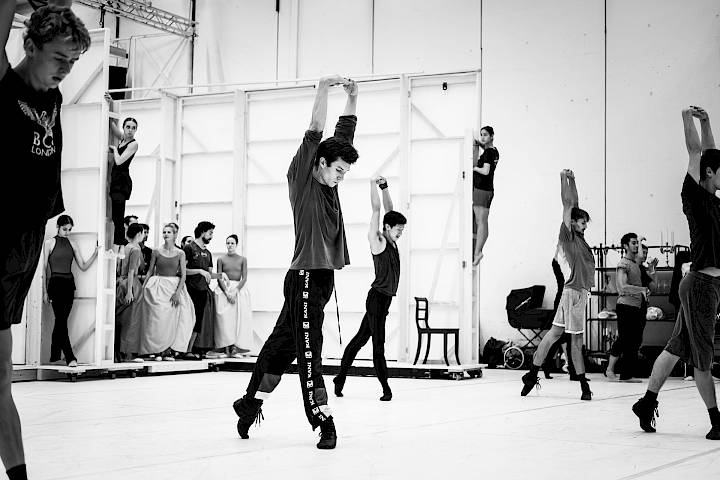 Prologue
The royal couple’s desire to have children has long gone unfulfilled. Their unanswered prayers have pushed the pair to the extreme. They travel to the realm of the fairies – where babies wait to be brought to their future families – and steal Aurora, a little girl entrusted to the care of the fairy Carabosse.
At the court, the preparations for little Aurora’s christening are in full swing.  Everyone – from the host of servants to the governess and the master of ceremonies – has their hands full, readying the castle for the arrival of a multitude of illustrious guests. Among them will be six fairies, who will present the little princess with their good wishes. Just as the glittering celebration is reaching its climax, Carabosse appears. She had, wisely, not been among those invited. She punishes the royal couple for their act by placing a curse on Aurora: in the bloom of her youth, the princess will prick herself on a spinning wheel and die. The other fairies try to drive Carabosse away from the celebration.

Interlude
Carabosse has never recovered from the loss of little Aurora and is distraught over her furious outburst at the baptism. Even more of a burden, though, is the guilt she feels for having burdened Aurora with the irreversible curse; she had meant to place it upon the royal couple.

Act I
Princess Aurora is celebrating her 16th birthday. Many guests are there, including four princes. But none of them can seem to win Aurora’s affection. The king expresses his desire to protect Aurora from disappointment, and to keep all painful experiences away from her. Now he, too, tries to comfort her.
Amid the wild frenzy of the party, Aurora notices a strange woman, who hands a spindle to the girl. Carabosse fails to intervene and snatch the ominous gift from the princess. In an instant, Aurora pricks herself on the spindle, and appears to be lost for all time. The king angrily accuses Carabosse; deeply humiliated and distressed that Aurora is the innocent victim of her curse, Carabosse leaves.
The lilac fairy appears and alters the deadly curse: she places Aurora and everyone else present in a deep sleep. The spell can only be broken when Aurora is awakened by true love’s kiss.

Act II
A long time has passed. Out on a journey, Prince Désiré and his betrothed, accompanied by a large entourage, come upon an enchanted castle, overgrown with thorn bushes. The prince feels especially drawn to the magical power of the castle. Once he is alone, the lilac fairy appears to him. She shows him a vision of Princess Aurora, and he is captivated. He must find her!
In search of the woman he saw in his vision, he happens upon Carabosse and her entourage. Thinking only of Aurora, Carabosse wants to find out if Désiré’s heart really beats for the princess.
The other fairies find the motionless prince a short time later. The lilac fairy revives him, so that he in turn can awaken Aurora with his kiss. But to the horror of the prince and the fairies, his kiss fails to rouse the princess! Carabosse, too, is distraught – she has seemingly lost Aurora forever. Tenderly, she kisses the sleeping beauty’s forehead in farewell – and Aurora opens her eyes. With that kiss of true love, Carabosse returns the princess to life. Aurora’s eyes fall on Désiré, and it is love at first sight.
The slumbering court is also awakened. In disbelief, Aurora realizes that, as a “fairy child,” she possess magical powers – and can free herself from everything that constrains her and determine her own path in life. She makes everyone fall asleep again, including her parents. Then, with a kiss, she awakens the prince, to whom her heart now belongs.

Ballet for all!
At June 11th we are streaming «Dornröschen» live at the Sechseläutenplatz!
ballett für alle