The Demon Barber of Fleet Street, A Musical Thriller
Music and lyrics by Stephen Sondheim (*1930)
Script by Hugh Wheeler after the play by Christopher Bond 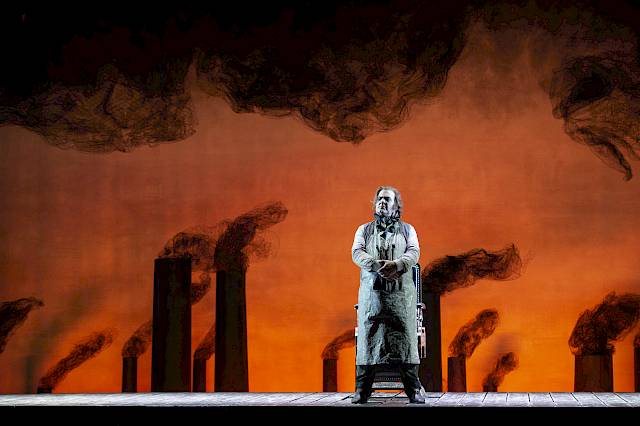 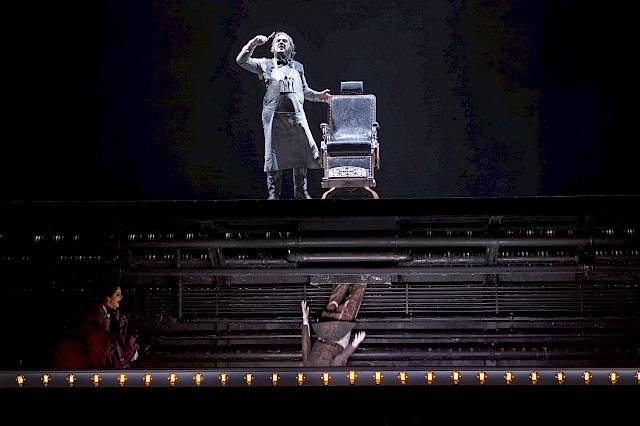 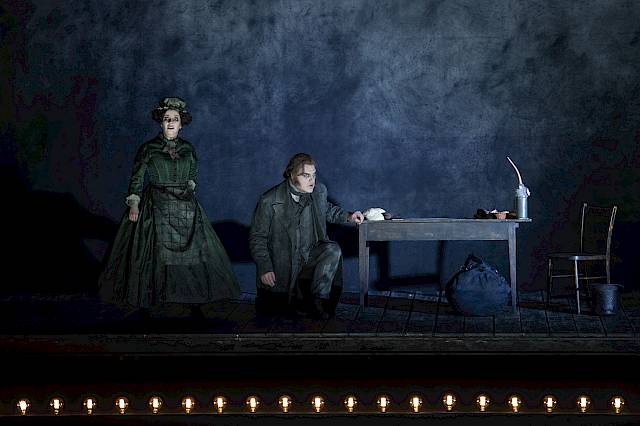 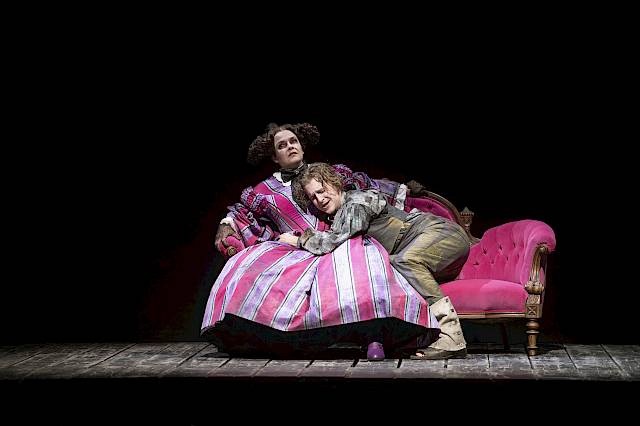 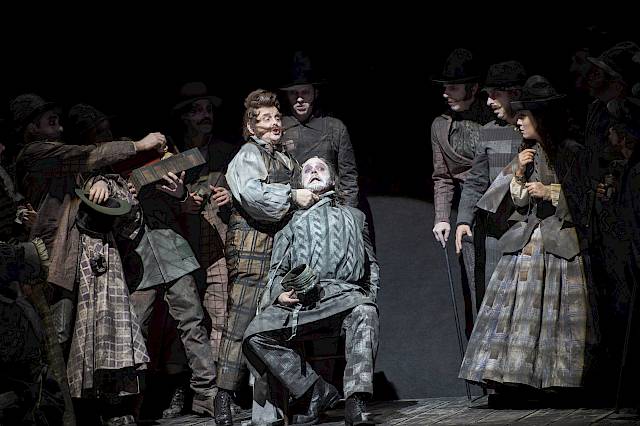 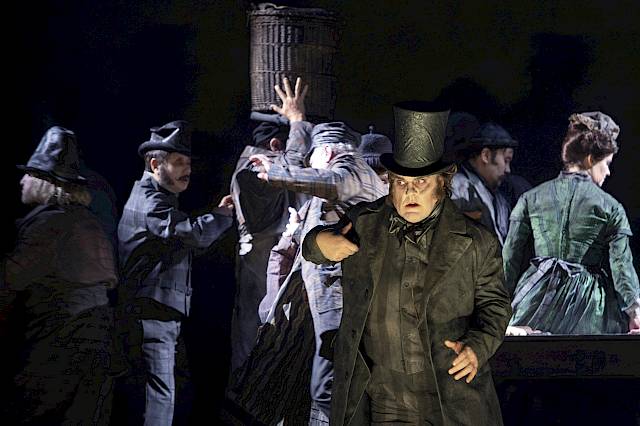 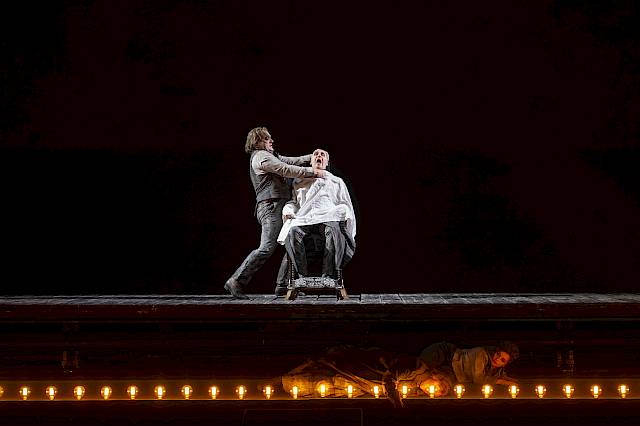 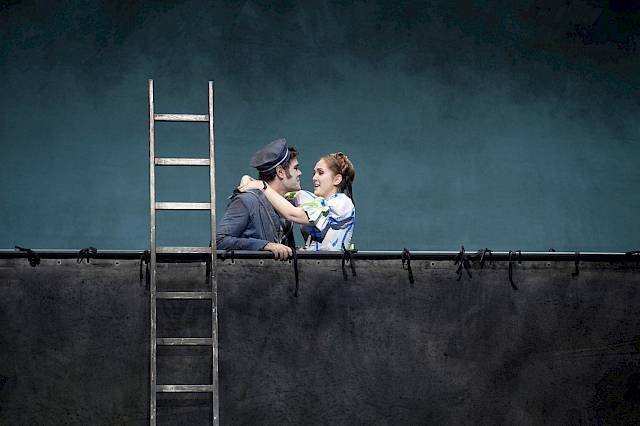 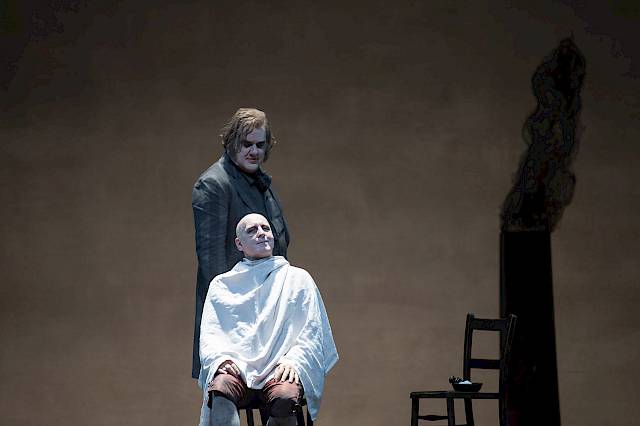 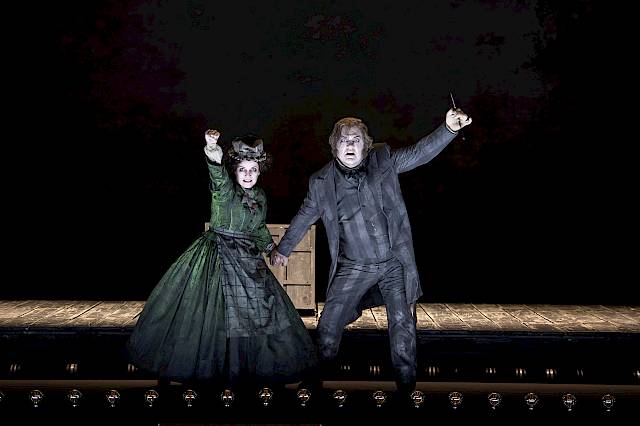 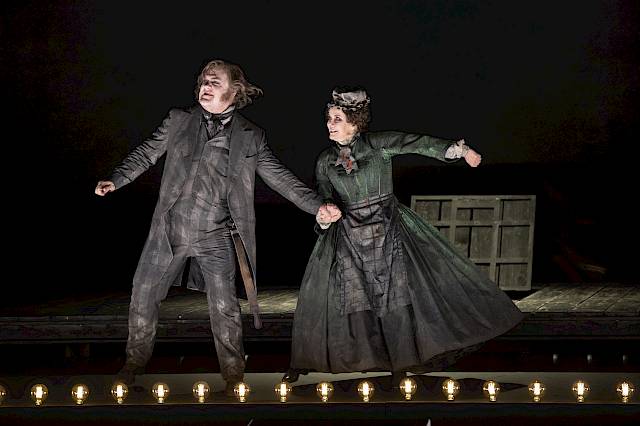 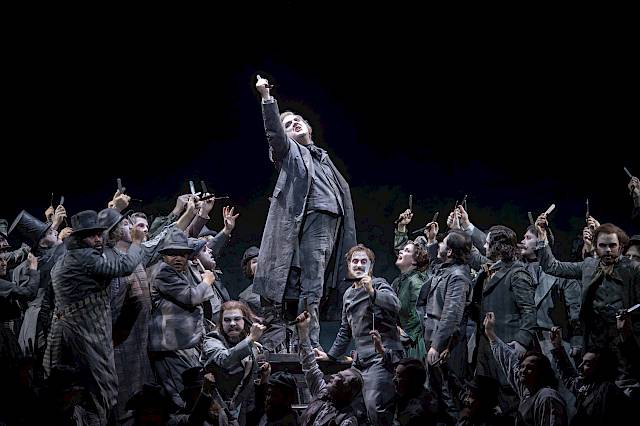 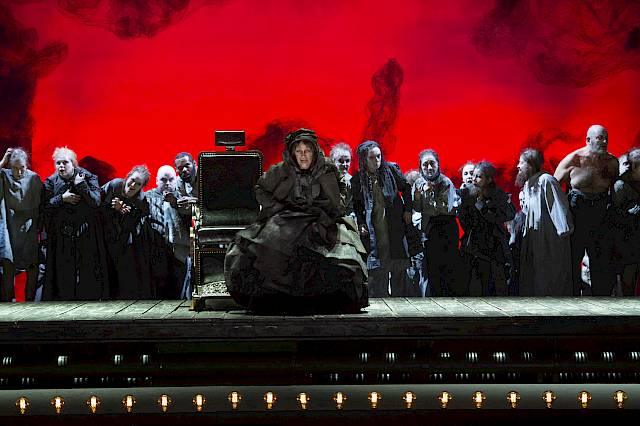 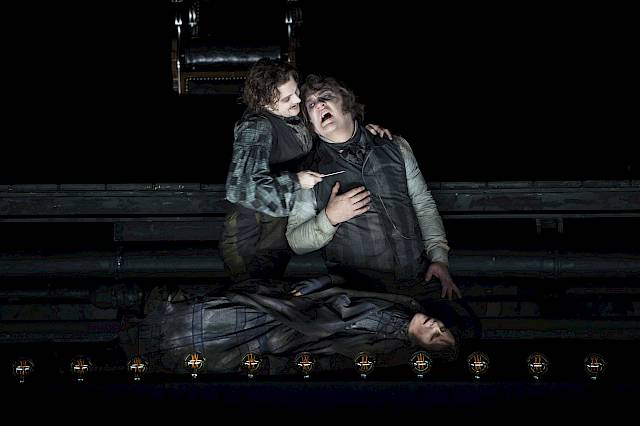 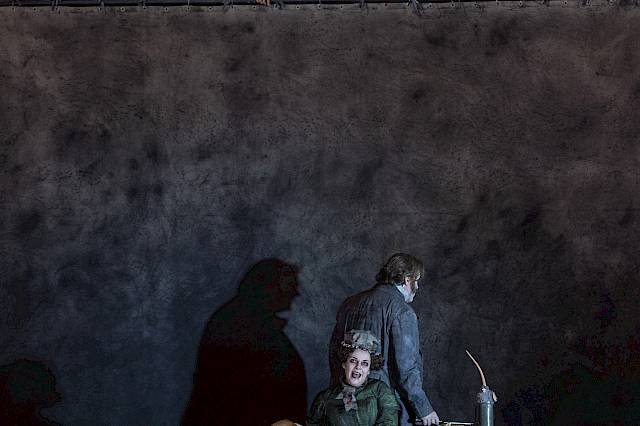 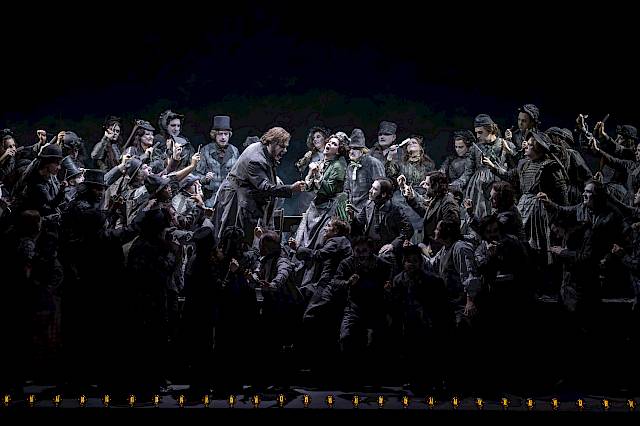 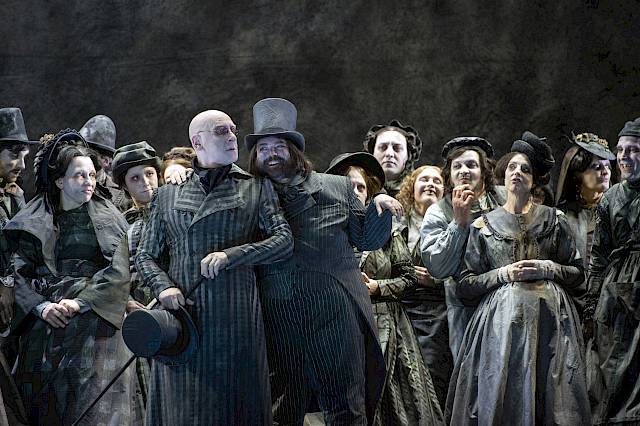 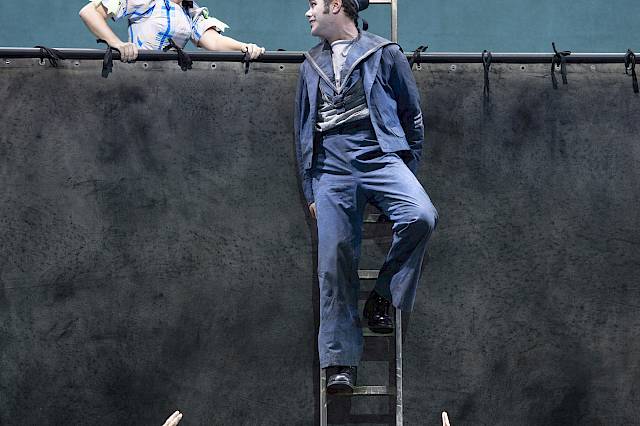 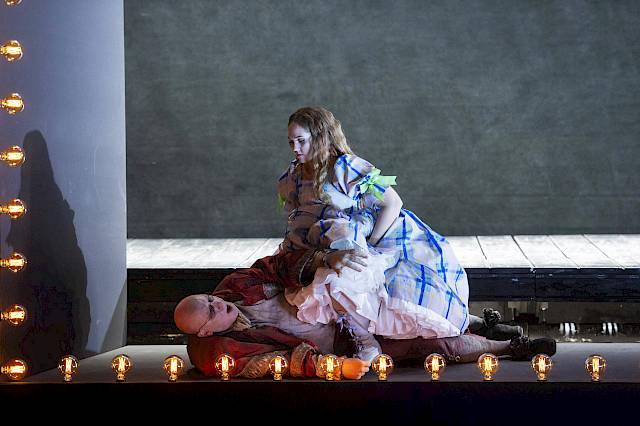 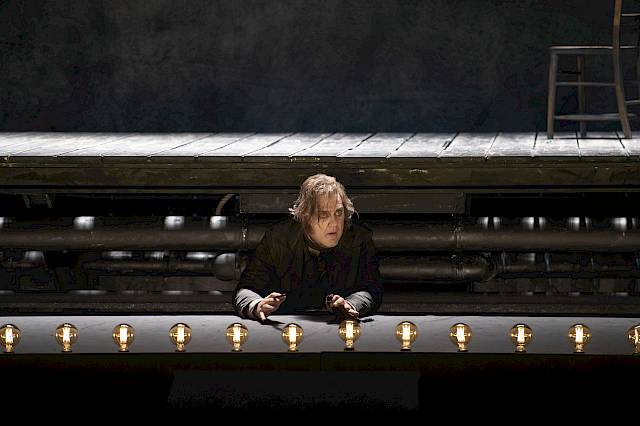 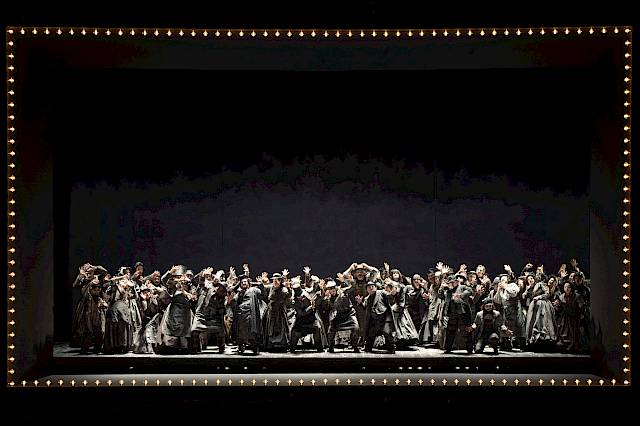 Is «Sweeney Todd» a musical? An operetta? Or is it an opera? In episode 4 of «What you always wanted to know about the Opernhaus, but were afraid to ask» Bryn Terfel, Angelika Kirchschlager and David Charles Abell explain.

In London, Sweeney Todd says goodbye to his travelling acquaintance, Anthony Hope, and encounters Mrs. Lovett, who runs a bakery selling meat pies directly below the barber’s former shop on Fleet Street. When Sweeney Todd asks Mrs. Lovett if the floor above her pie shop is for rent, she tells him about the fate of the Barker family. Having sent the barber into exile, Judge Turpin raped his wife, who then poisoned herself. And Barker’s daughter, Johanna, also fell into the judge’s clutches: he took the child in as his ward. From Sweeney’s violent reaction, Mrs. Lovett recognises him as the Benjamin Barker of old – for whom she always had a soft spot. Sweeney decides to move back into his barber shop on Fleet Street and swears to take revenge.

On the street, he encounters Tobias, who is advertising for “Pirelli’s magical hair growth elixir.” Sweeney Todd challenges the supposedly Italian barber Pirelli to a contest – and wins.

In the meantime, Anthony has by chance seen Johanna at a window and immediately fallen in love with her. Although Judge Turpin and his beadle, Bamford, threaten to thrash him should he be seen anywhere near Johanna, Anthony won’t be deterred and makes plans to elope with Johanna. He asks Sweeney Todd for help.

Soon afterwards, the latter finds himself in a tricky situation: Pirelli isn’t Italian at all, but the Irishman Daniel O’Higgins, who was Benjamin Barker’s assistant for a short time fifteen years earlier. He has recognised Todd and is threatening to betray him to the beadle, Bamford, unless he gives him half of his income. Sweeney kills O’Higgins on the spot.

The judge then turns up to have himself shaven by Sweeney Todd for his wedding to his ward, Johanna. However, just as Sweeney is about to slit the judge’s throat, Anthony bursts in and tells Sweeney about his planned elopement with Johanna. Furious, the judge leaves the barber shop. Sweeney Todd now swears vengeance on all mankind.

Mrs. Lovett reminds him of Pirelli’s corpse – and also has a brilliant idea: as meat is very expensive and hard to come by in London, the dead man would be ideal for turning into meat pies…

Anthony searches for Johanna all over the city, at last finding her in a lunatic asylum, where Judge Turpin has had her locked up. Together with Sweeney he devises a plan to rescue Johanna. Sweeney, however, is up to his own schemes: to lure Turpin to his barbershop again, he writes to him that he can collect his ward from him after the thwarted abduction.

Tobias, who became Mrs. Lovett’s assistant after Pirelli’s death, discovers that Mrs. Lovett is in possession of Pirelli’s wallet, confirming Tobias’s long-held suspicion that Sweeney Todd could have something to do with Pirelli’s sudden disappearance. Whereupon Mrs. Lovett locks Tobias up in the pie shop.

Beadle Bamford has received complaints about a disgusting stench emanating from the pie shop’s chimney, and now intends to look into them; he doesn’t survive the enquiry.

Anthony, meanwhile, is posing as a wigmaker and thus gains access to Fogg’s lunatic asylum, where Johanna is interned. When Johanna is freed, Mr. Fogg is killed. As agreed with Sweeney Todd, Anthony then takes Johanna to Todd’s barbershop on Fleet Street. He leaves her there – disguised as a sailor – in order to organise their escape.

The mad old beggar woman, who has long suspected trouble on Fleet Street, suddenly appears at the barbershop. As Sweeney Todd is expecting the judge any moment, he makes short work of the beggar woman. Then he at last wreaks his long-awaited revenge on Judge Turpin. Johanna, who is hiding in the barbershop and leaves her hiding place at the wrong moment, only narrowly escapes Sweeney’s razor.

Just as Sweeney Todd and Mrs. Lovett are about to dispose of the various corpses in the pie shop, the barber makes a terrible discovery…