Warm sonority at the end of the year: Works for clarinet, viola and piano are the focus of this brunch / lunch concert. Robert Schumann wrote his Märchenerzählungen op. 132 for this unusual combination of instruments, which were among his last chamber music works before he was admitted to the Endenich mental hospital shortly thereafter. He died two years later. The four character pieces, however, give little hint of this tragedy. Written in just three days, they are highly poetic, floatingly graceful gems of chamber music. Paul Juon wrote his Trio Miniatures op. 18 for the same instrumentation. The composer with Graubünden roots was born in Moscow in 1872, later worked in Berlin and died in Vevey. He was called the "Russian Brahms" by his fellow student Sergei Rachmaninov, but Tchaikovsky's language and the Russian folk songs and dances of his surroundings had an equally lasting influence on him. The concert concludes with another trio in this instrumentation: Opus 264 by the self-confessed Schumannian Carl Reinecke, piano virtuoso and long-time Kapellmeister of the Leipzig Gewandhaus Orchestra. With: Filipa Nunes (clarinet), Maria Clément Opotskaya (viola) and Kateryna Tereshchenko (piano).

Once again this season, various ensemble formations of the Philharmonia Zurich present chamber music in the loosely intimate series of our brunch and lunch concerts. Together with the musicians, you will discover trouvailles of works, well-known works in unusual arrangements and listening adventures of a special kind.

The chamber concerts take place in the magnificent Spiegelsaal of the Opera House. Afterwards, we look forward to welcoming you to the new Bernadette Restaurant for brunch or lunch à la carte. Reserve your table with a splendid view of the glittering Lake Zurich and the lively Sechseläutenplatz at +41 44 268 64 64 or www.bernadette.ch. 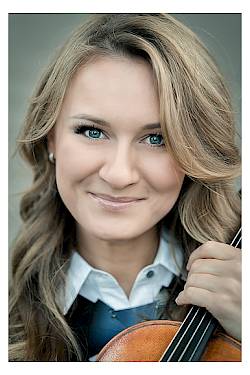