In German with German and English surtitles. Duration 2 H. 30 Min. Without intermission. Introduction 45 min before the performance.
Introductory matinee on April 10 2022 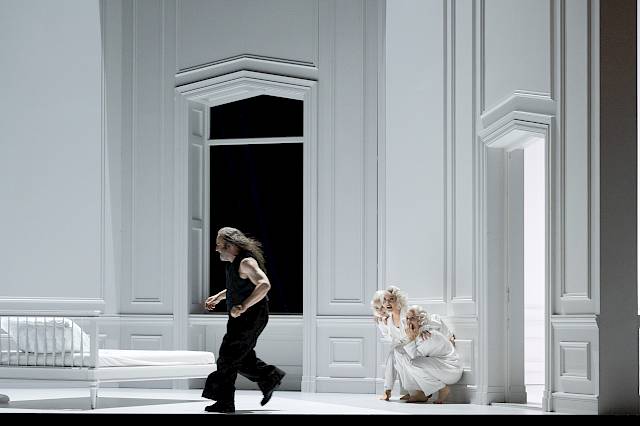 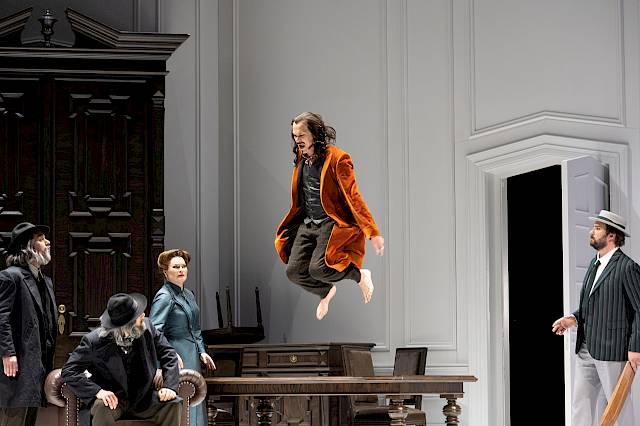 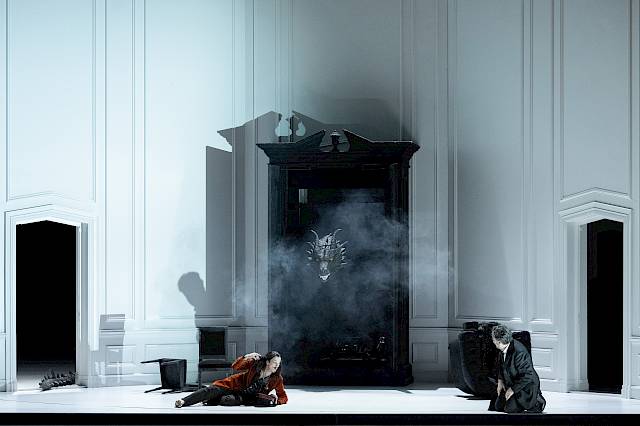 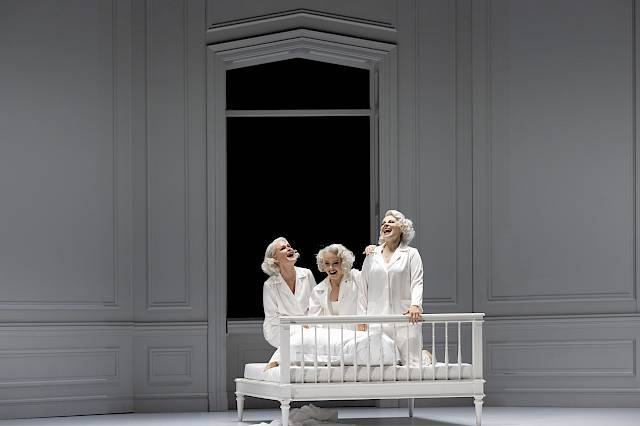 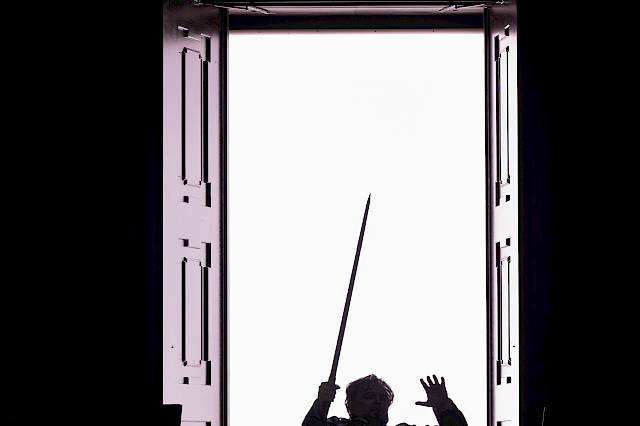 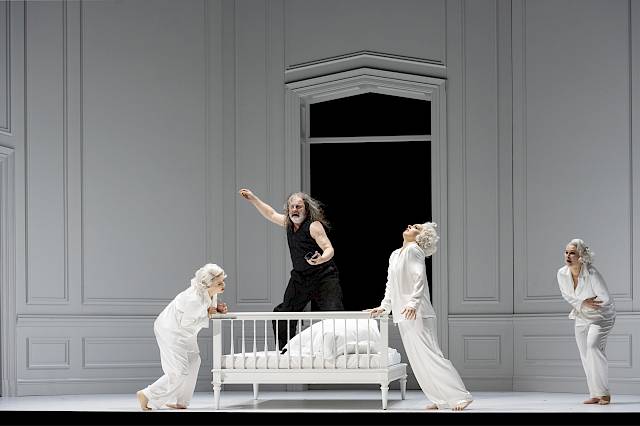 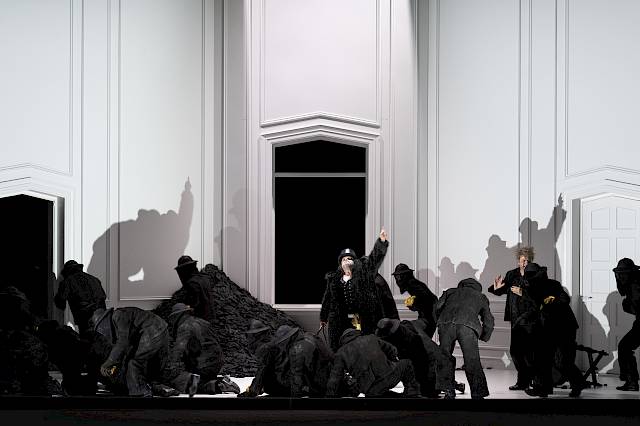 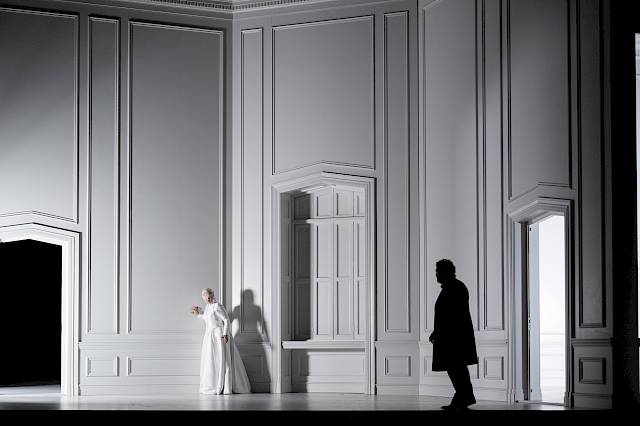 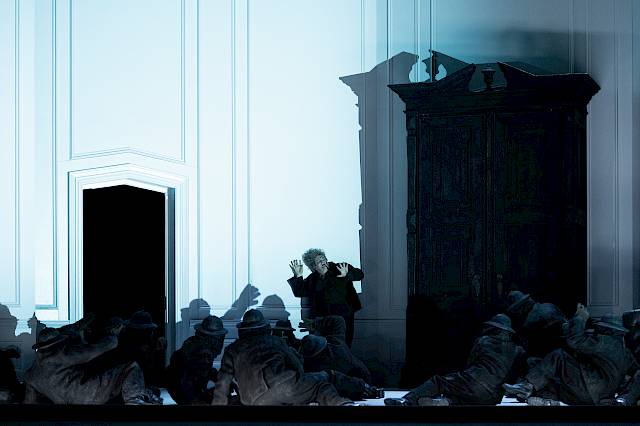 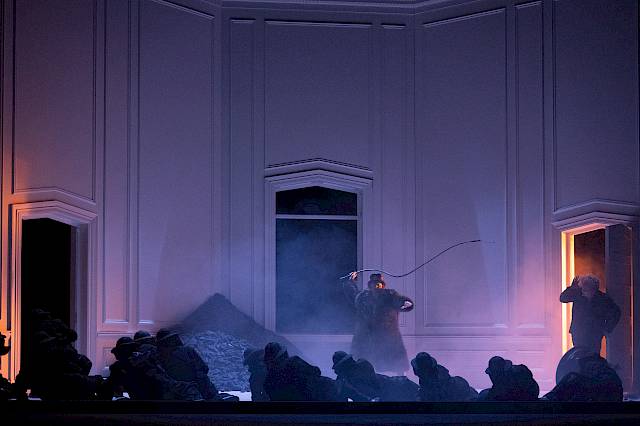 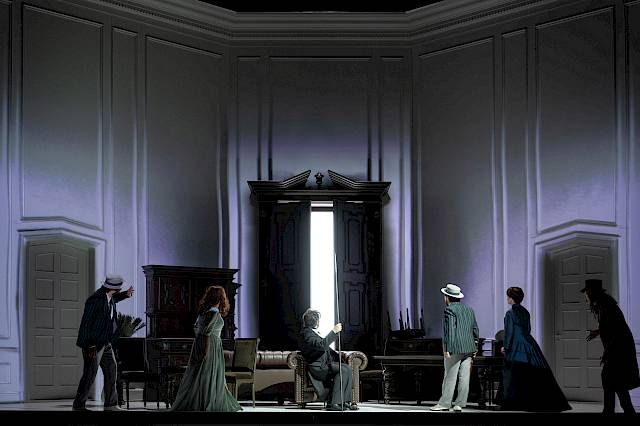 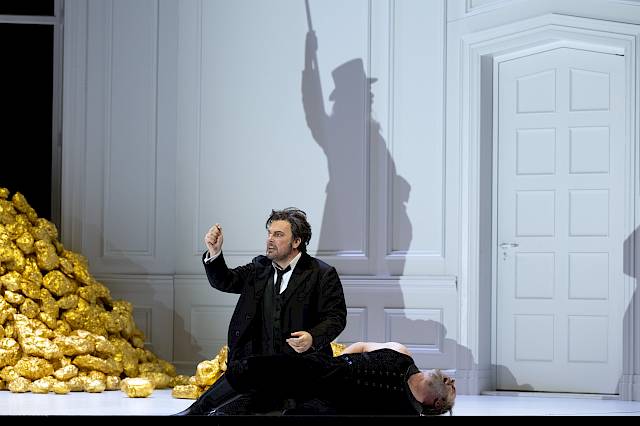 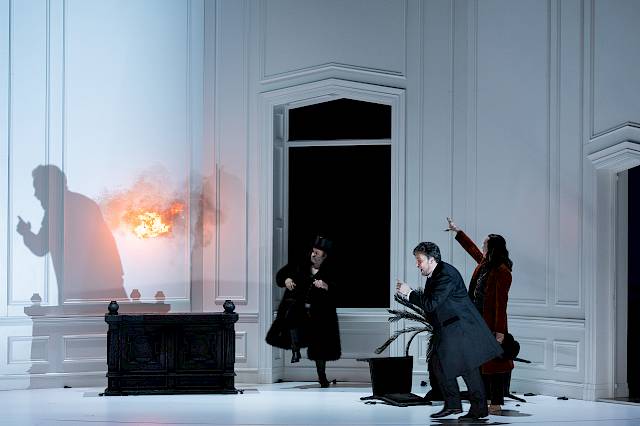 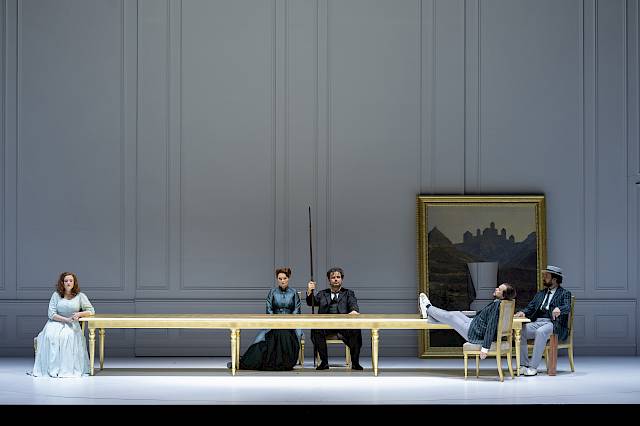 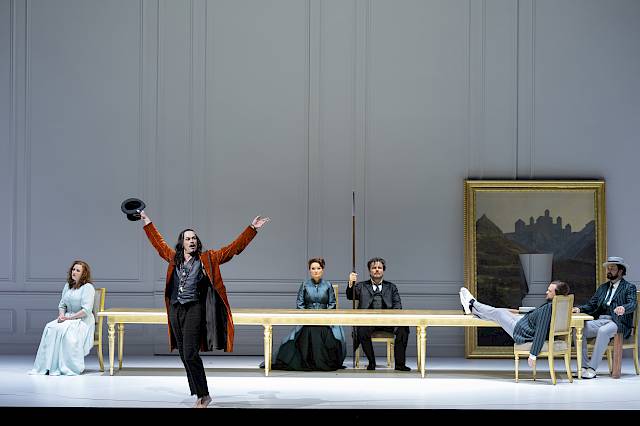 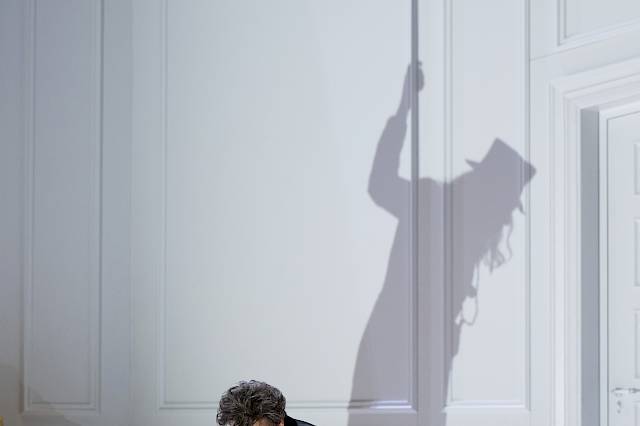 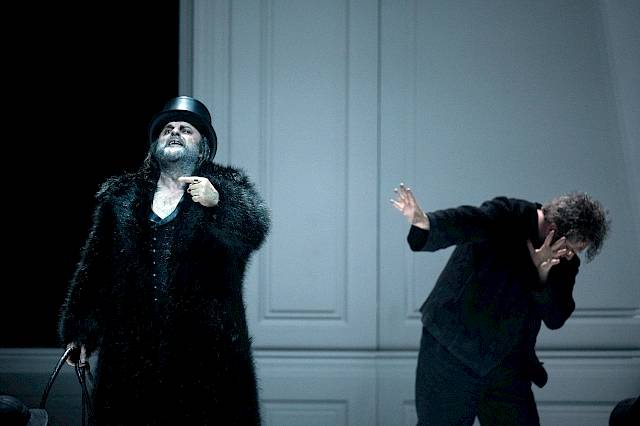 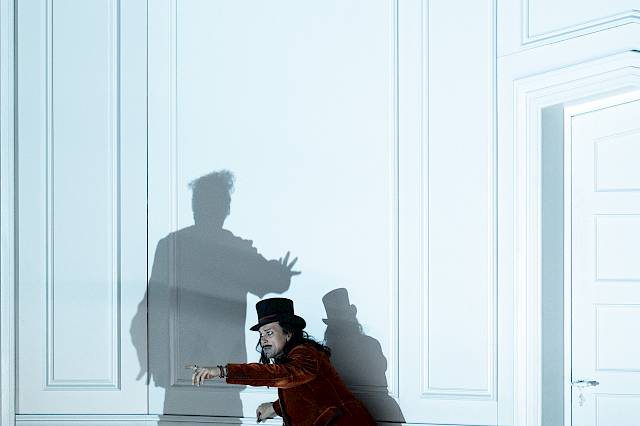 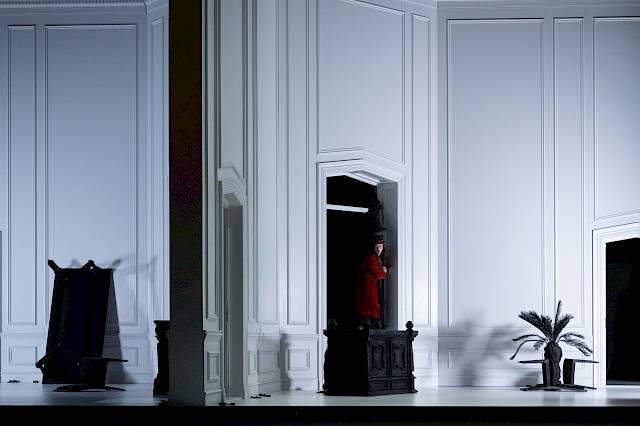 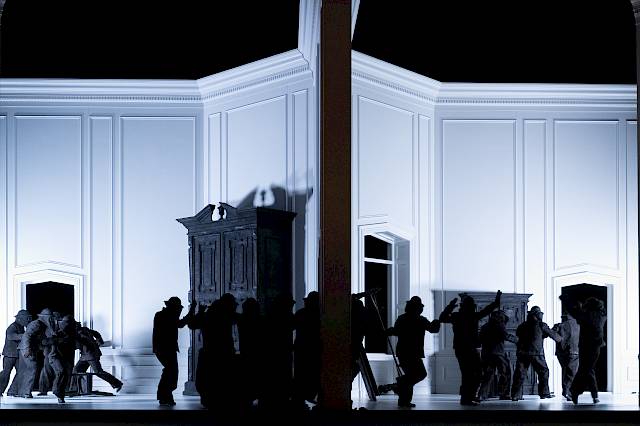 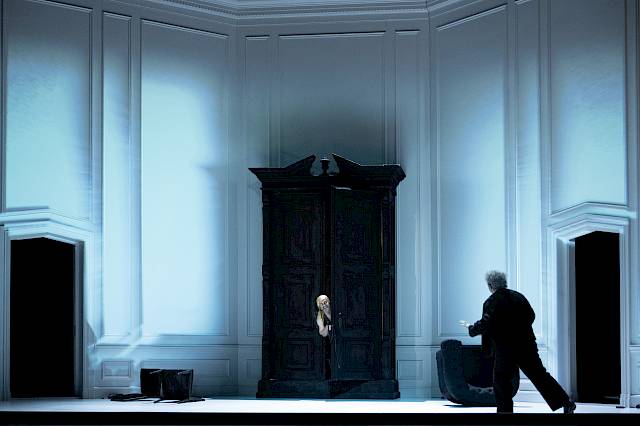 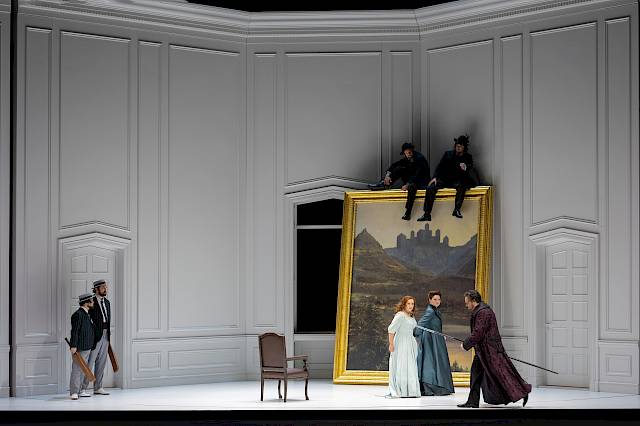 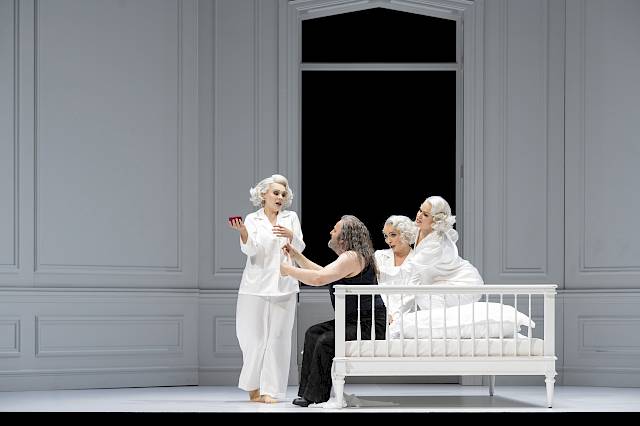 «A stellar cast of singers, a fulsome, fiery orchestra and a clever and compelling staging that caught my attention from the very opening.»
bachtrack, 01.05.22

«A final word must go to Noseda who conducted the Philharmonia Zürich brilliantly from the tender pianissimo opening to the many evocative and passionate climaxes throughout. Dramatic music-making at its finest.»
bachtrack, 01.05.22

«Shorn from thematic concepts that have multiplied over the past half-century, Homoki’s staging relies heavily on the characters’ personalities — and what the singers bring to the roles.»
Macon Telegraph, 03.05.22

Spend the night where Richard Wagner
used to come and go...

Trace Wagner's footsteps and combine your opera ticket with an overnight stay at the historic Hotel Baur au Lac! This is where Richard Wagner first read the Ring poem in public and even sang parts of it - with none other than Franz Liszt at the piano! Please note that this exclusive arrangement can only be booked using the special code «Wagner».

The recording for all those who want to watch the light show at the opening of the new Zurich «Ring» in a loop. By the way: In September the light show will go into a second round for the premiere of «Die Walküre»!

Scene 1: In the depths of the Rhine
The Nibelung Alberich climbs up from Nibelheim’s underground caverns and encounters the beautiful but seductive Rhine daughters. They tauntingly reject his amorous advances, calling him an ugly dwarf.
The scorned elf notices the Rhinegold as it glistens in the morning sun. From the Rhine daughters he learns its secret – that whoever pledges himself to a lifetime without love can discover the magic spell which will transform the gold into a ring. This ring will bestow immeasurable power upon its owner. Embittered at his lack of success with the maidens, he curses love and takes possession of the gold.

Scene 2: On cloudy heights
The gods are waiting until they can move into the new castle which Wotan, the father of the gods, had built by the two giants Fasolt and Fafner. Wotan’s wife Fricka is furious with him for promising the giants her sister, goddess of love Freia, as their wage. Wotan is relying on Loge, the god of fire, who has been tasked with finding a suitable alternative for Freia.
But he is unable to find an acceptable substitute for a loving woman. He explains that he has searched the whole world and found only one who was willing to renounce love. He tells them about Alberich, the theft of the Rhinegold and how Alberich, by the power of his newly-forged ring, has now enslaved the entire Nibelung race, forcing them to mine a treasure trove of gold from the earth. The giants agree to do without Freia if they can have Alberich’s gold instead. Until the gold can be handed over, they take Freia back to their castle as security. No sooner is Freia gone than the gods begin to age and grow frail. Loge can explain why. That day, the gods have not eaten the golden apples which Freia grew in her garden. It is this fruit which keeps them young and strong. Now that Freia is being held for ransom, the gods must stare death in the face. This revelation stirs them into action. To remedy the situation, Wotan decides to travel to Nibelheim together with Loge. There he will steal Alberich’s gold.

Scene 3: In Nibelheim
Alberich has forced his brother Mime to forge him a cloaking helmet which will make his hold over the Nibelungs even more secure. He proudly presents his treasure trove to Wotan and Loge, telling them what he plans to do with it. He will one day use it to equip an army with which he will defeat the gods and become ruler of the world. With a flourish he also shows them the helmet which, he believes, will protect him from any enemy attack. Loge is incredulous, so the Nibelung transforms first into a huge dragon and then into a tiny toad. But he notices the trap too late. The two gods grab the toad and carry Alberich up into the world above.

Scene 4: On cloudy heights
Wotan forces Alberich to have his treasure brought and seizes his cloaking helmet and ring. Alberich, having been released, places the ring under a curse: whoever possesses it will die. The giants return to either exchange Freia for the gold or keep her to live with them forever. They demand that the gold be piled up until it completely hides Freia from view. In order to plug a gap through which Fafner can see Freia’s hair, Wotan also has to hand over the cloaking helmet. Through another chink Fasolt spies Freia’s eye and Fafner demands the ring so this hole can be plugged too. Wotan flatly refuses. Only when Erda, the mysterious mother of the world, appears and warns him sternly about the ring’s capacity for destruction, does he relent. During a quarrel over the treasure, Fafner strikes his brother, killing him. The gods can finally take possession of the castle which Wotan calls ‘Valhalla‘. They purposely ignore the complaints of the Rhine daughters about the lost gold. With a sarcastic comment Loge takes his leave. 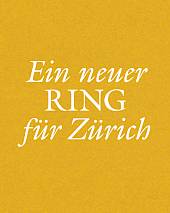 The time has come for a new Ring adventure!
Weitere Informationen