In English with German and English surtitles. Duration approx. 2 H. Without intermission. Introduction 45 min before the performance.
Introductory matinee on March 20 2022.

With the kind support of Pro Helvetia

With the kind support of the Ringier AG

Composition commissioned by Opernhaus Zürich supported by the

Trailer «Girl With A Pearl Earring» 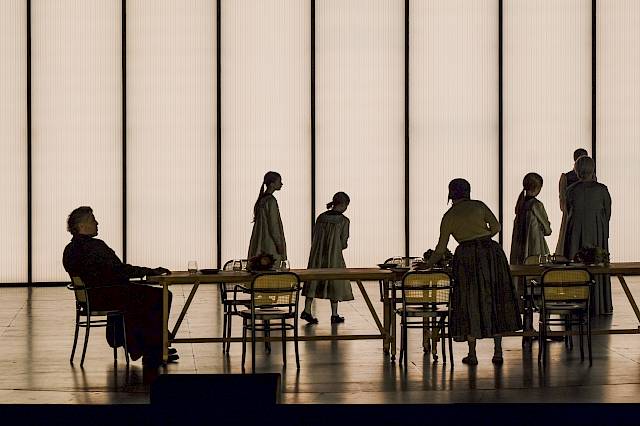 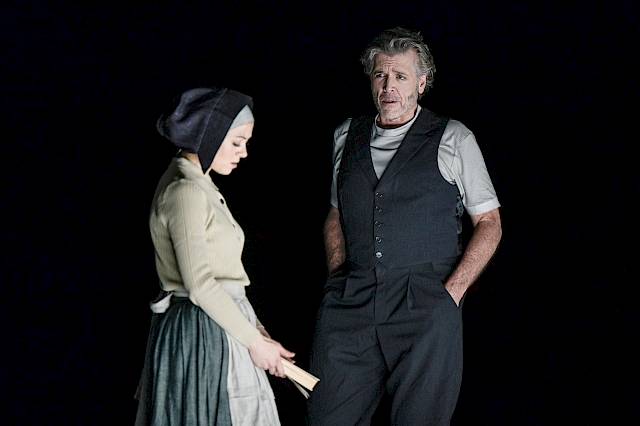 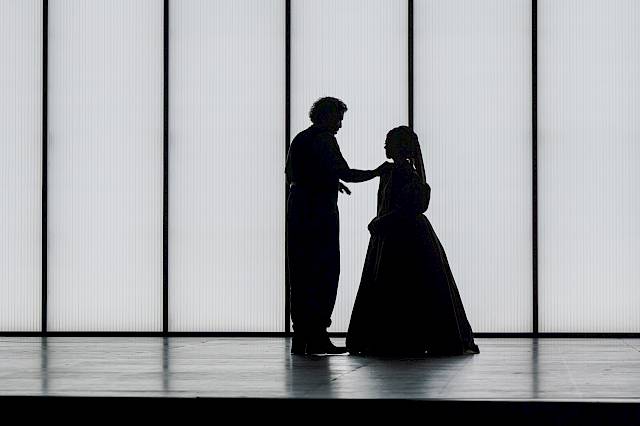 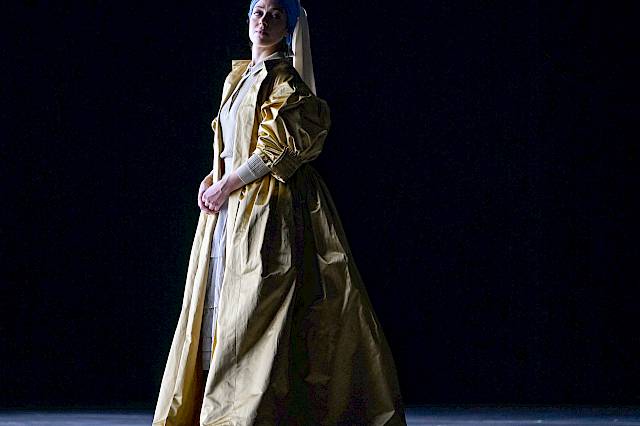 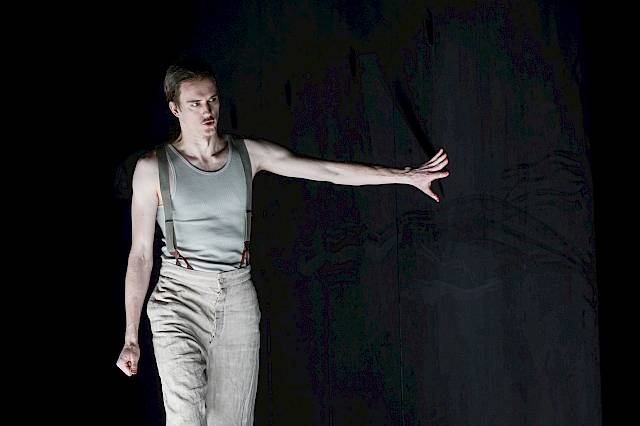 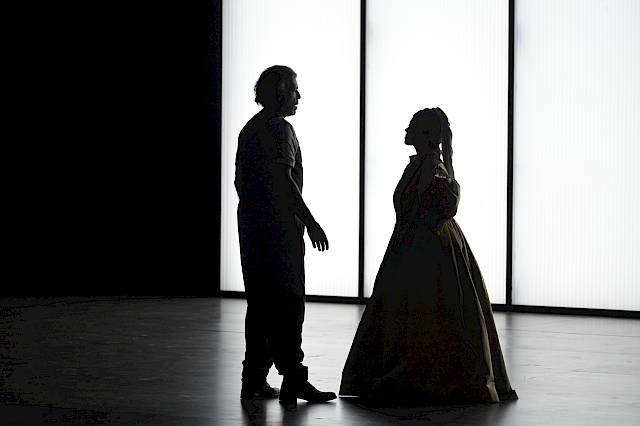 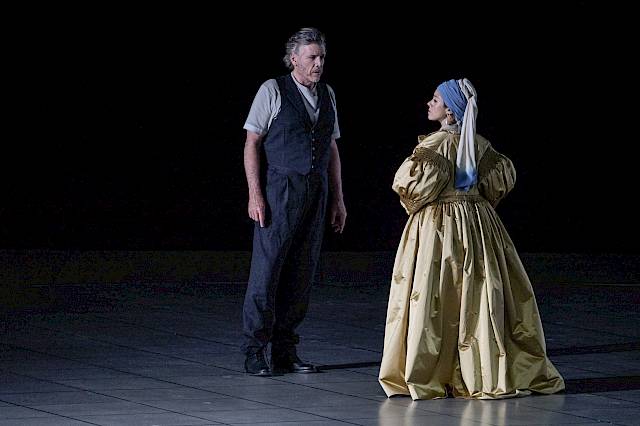 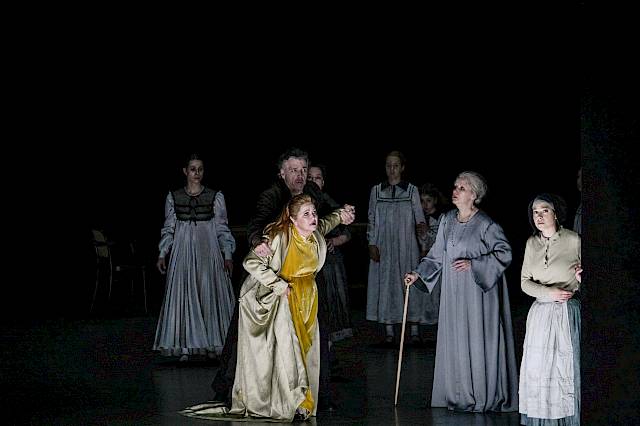 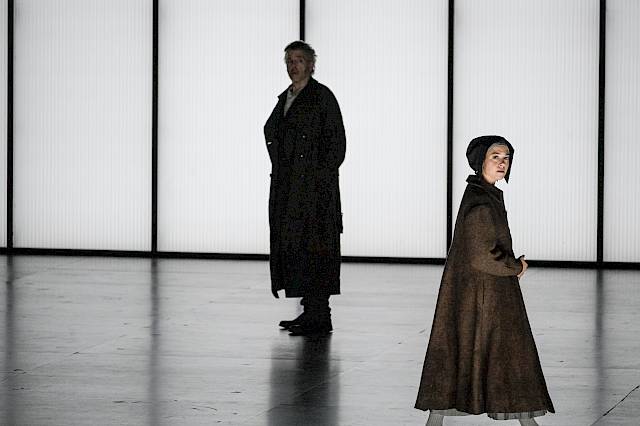 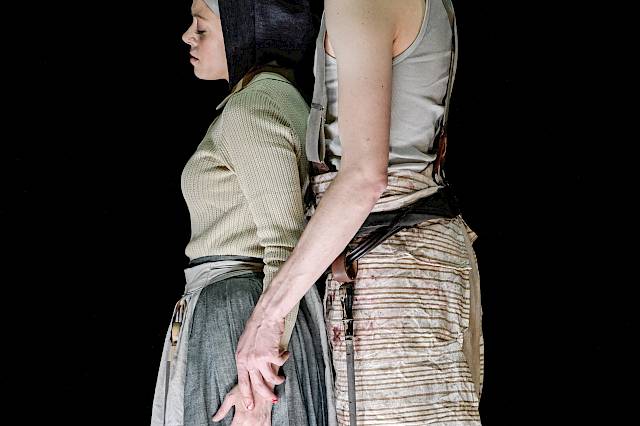 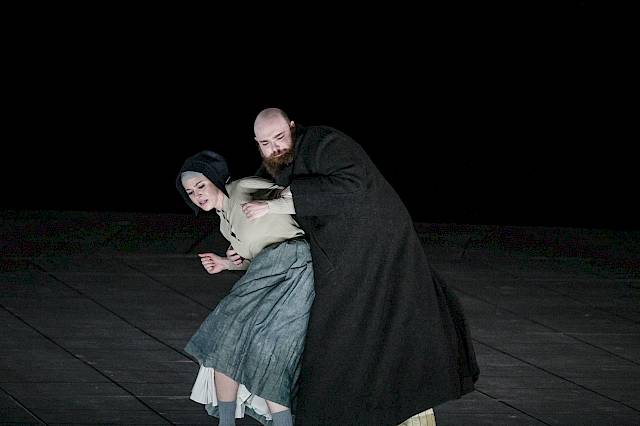 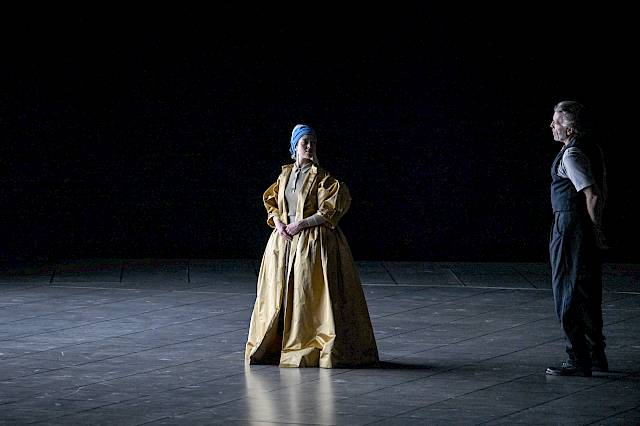 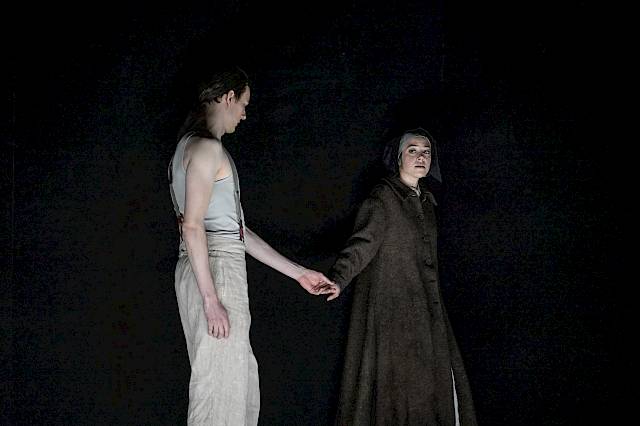 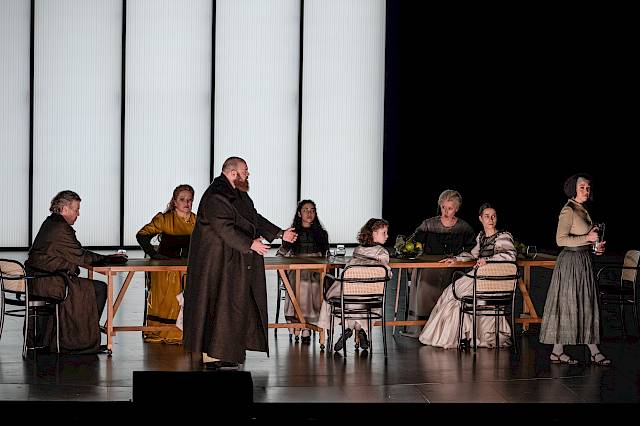 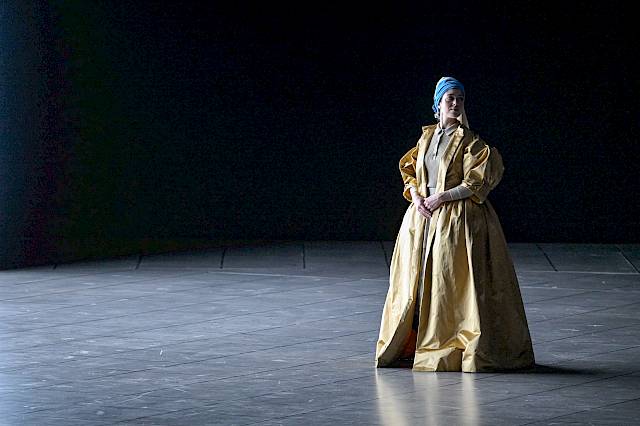 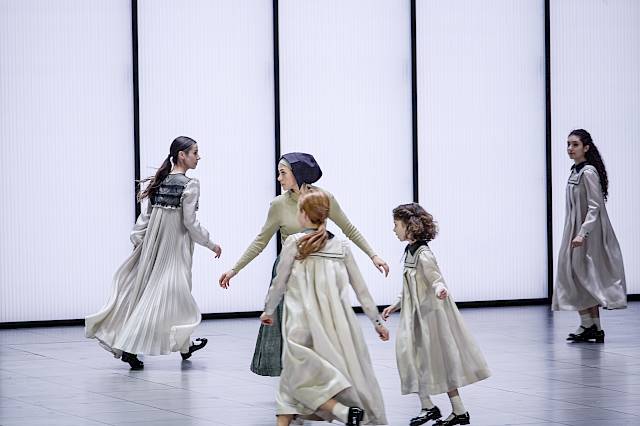 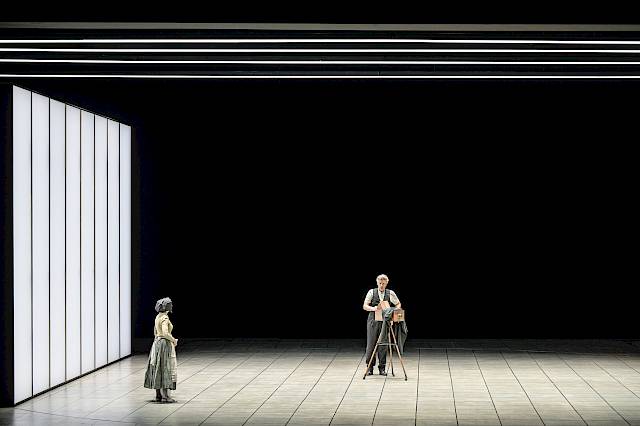 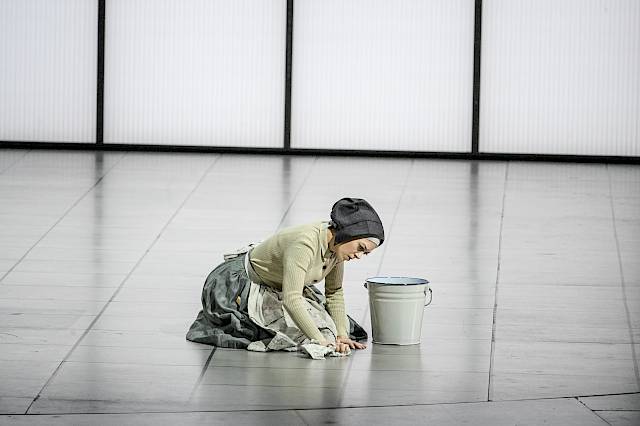 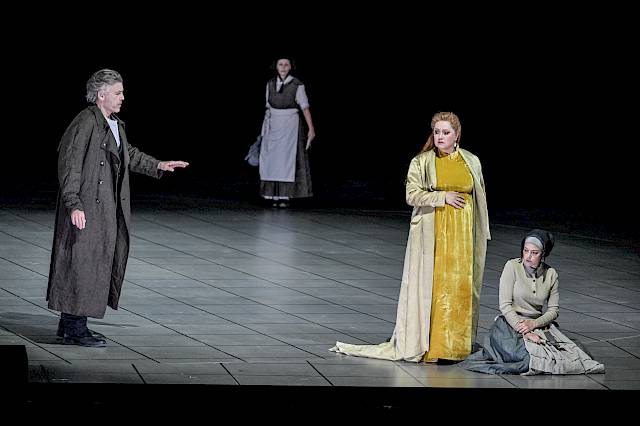 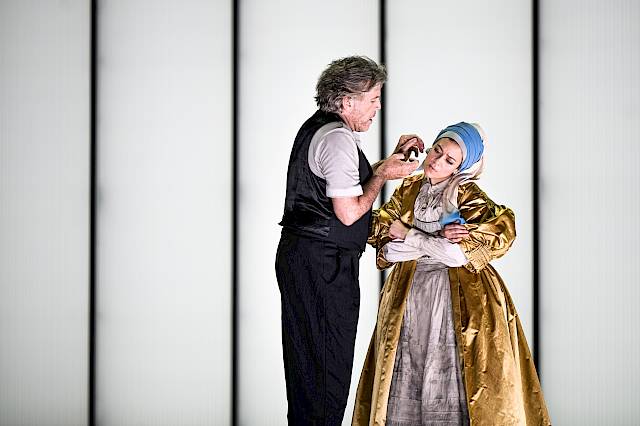 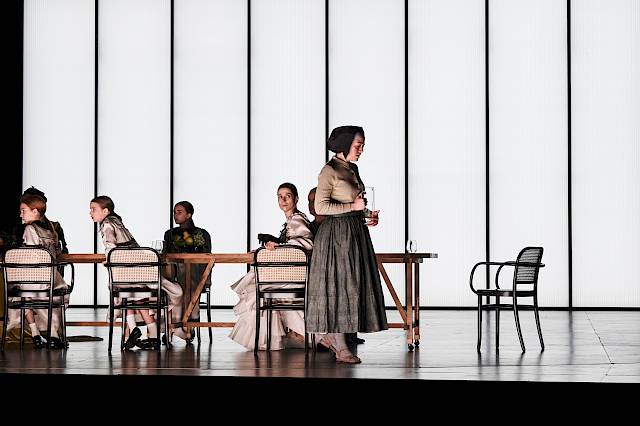 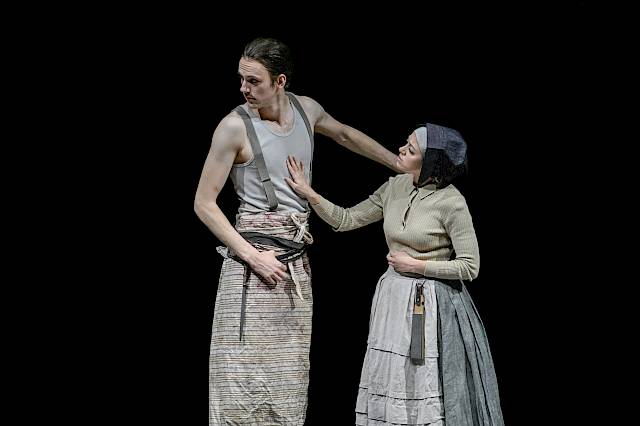 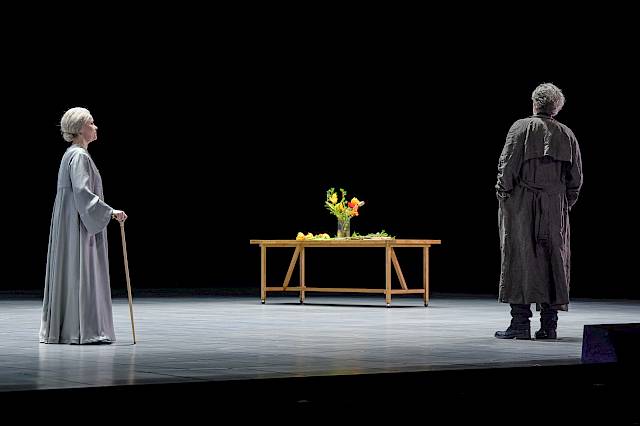 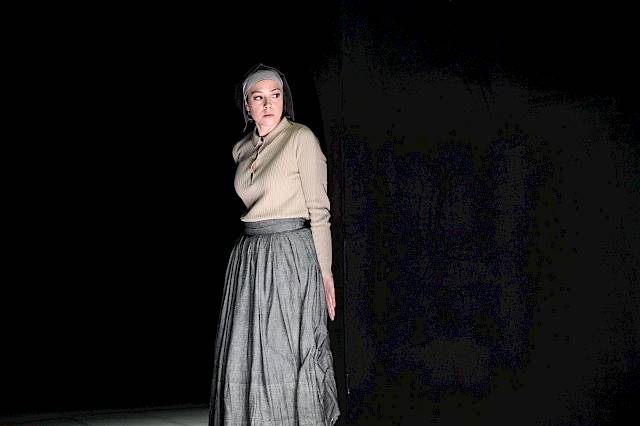 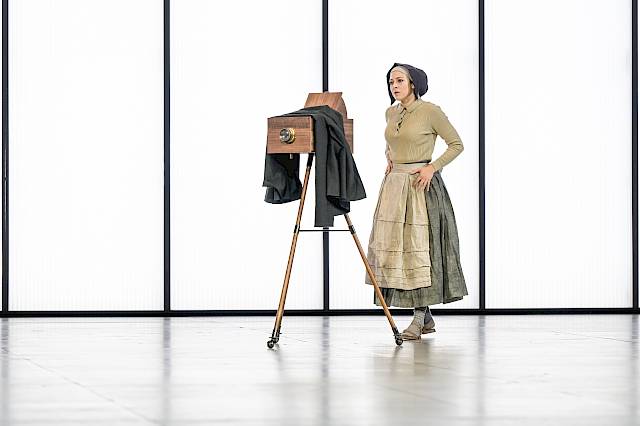 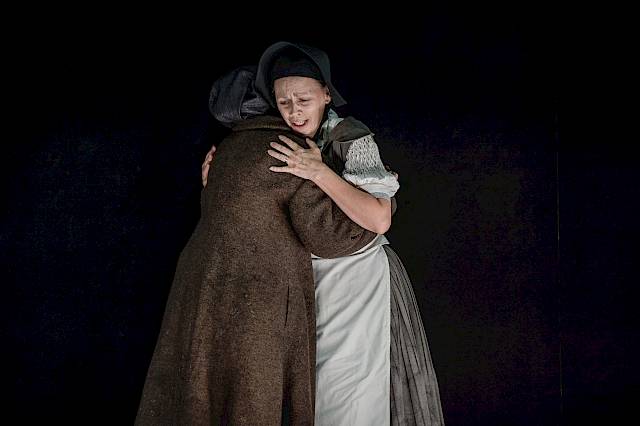 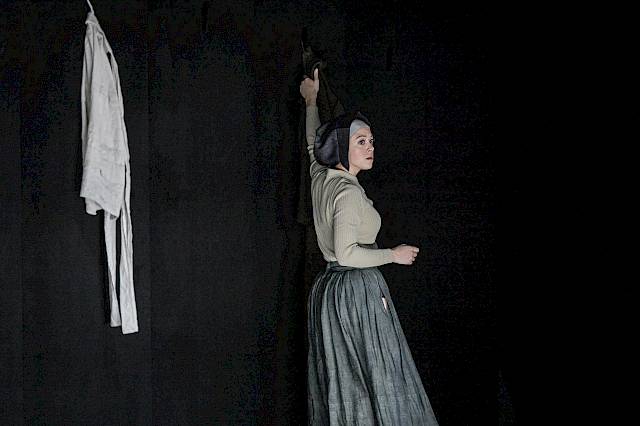 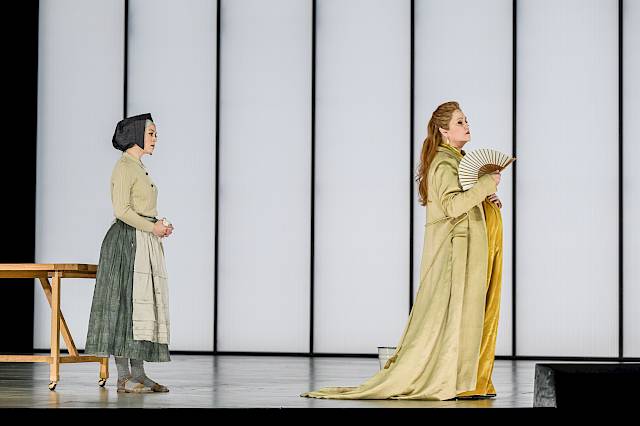 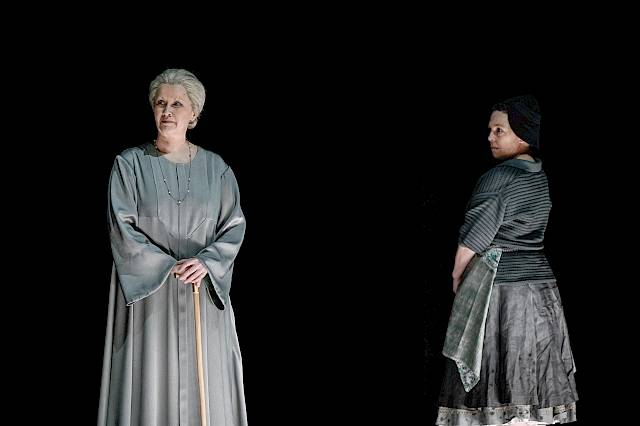 Tanneke, the Vermeers' maid, informs Griet that the deceased painter's wife wants to see her. The past comes alive: Jan and Catharina Vermeer examine Griet, who is to start working for them as a maid. Vermeer notices that Griet has arranged the soup vegetables by color. Griet's mother explains to her that they have no other choice: Griet must earn money for her family. She is allowed to come home on Sunday. As a reminder of home, Griet receives a tile that her father, who has now become blind, used to paint.

In front of the Vermeers' house, the children are already waiting for Griet. She meets Tanneke, who shows her the house and explains her duties. The house belongs to Jan Vermeer's mother-in-law, Maria Thins. Griet soon realizes that this old, vigilant woman carries the fate of this house in her hands. Later Griet meets Vermeer's wife Catharina, who is expecting a child. Griet's duties include going to the butcher Pieter.

The following day, Catharina takes Griet to the painter's studio. The smell of the linseed oil, with which Vermeer mixes his paints, reminds Griet of her father. She carefully memorizes where every object is placed. When cleaning, she must not change anything in the order. During another shopping trip, Griet encounters the butcher Pieter alone for the first time. On Sunday she is allowed to go home with her pay.

While cleaning the studio, Griet meets Vermeer. He explains his camera obscura to her, an optical device he uses when painting. Griet looks into the box and is fascinated.

The children are playing in front of the house when van Ruijven, a patron of the arts, approaches to collect a painting. His lustful gaze falls on Griet.

Griet is back in the studio with Vermeer. The painter teaches her to look at colors in a more sophisticated way. He is impressed by her gift of perception and wants her to assist him in his work. Maria Thins has been watching Griet and noticed that she spends a lot of time in the studio. Since Vermeer has been painting faster, she lets her help him, but orders her not to say a word about it to anyone.

One Sunday at church, Griet's mother meets Pieter. She invites him to dinner. Later, Pieter and Griet exchange endearments. Pieter wishes to see her hair, which she always covers under a cap.

Vermeer is almost finished with a new painting. Maria Thins is satisfied but still on a mission. The family urgently needs the money. During a visit, van Ruijven wants a painting depicting Griet.

Vermeer and Griet are in the studio. Griet does not want to be painted as a maid. Vermeer wants to paint Griet as he first saw her. – When she sees the painting of herself, Griet sees that something crucial is missing: she suspects that Vermeer plans to paint her with his wife's pearl earrings, and fears that this could lead to her end in this house.

Vermeer sees Griet with her hair down as she changes her clothes. Griet looks for Pieter in the tavern and leads him to an alley. They become intimate. Shortly thereafter, van Ruijven tries to rape Griet. The children stop him.

When Catharina has gone out, Maria Thins hands Griet the pearl earrings. Griet enters the studio, where Pieter bursts in and proposes marriage. Griet asks Vermeer to pierce her ears.

The present returns: Vermeer has died. In his will he asked that Griet have the pearls. Despite financial hardship, Catharina insists that Griet take the pearls.

A brief moment of recollection: Catharina discovered that Griet has been wearing the pearls. She is enraged and will not tolerate Griet any longer. Griet leaves the house. The memory of Vermeer remains. She sells the pearls.