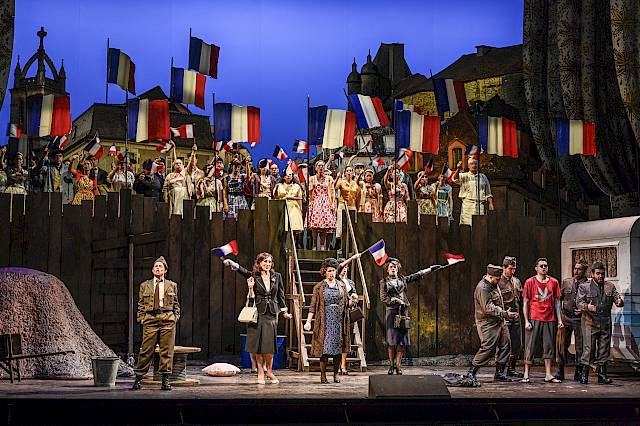 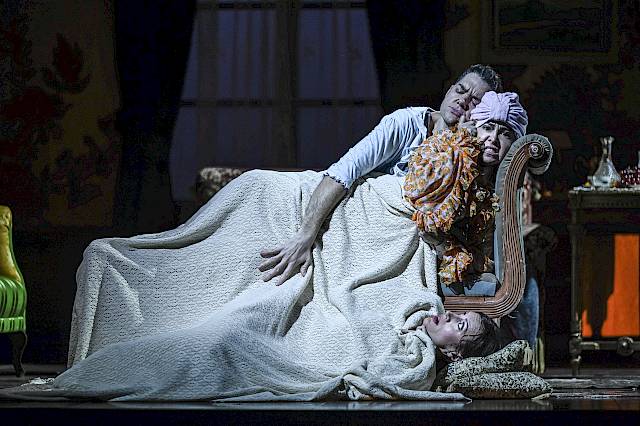 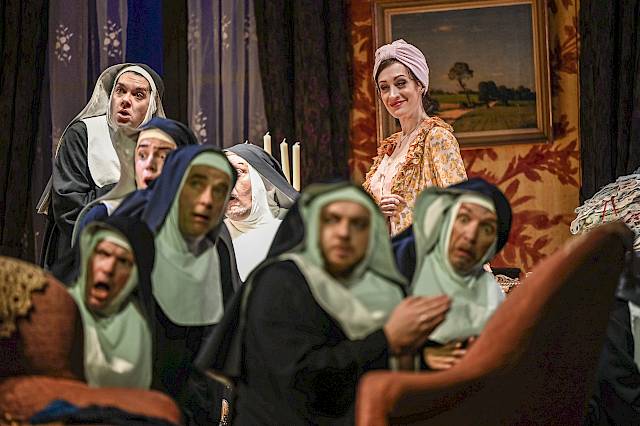 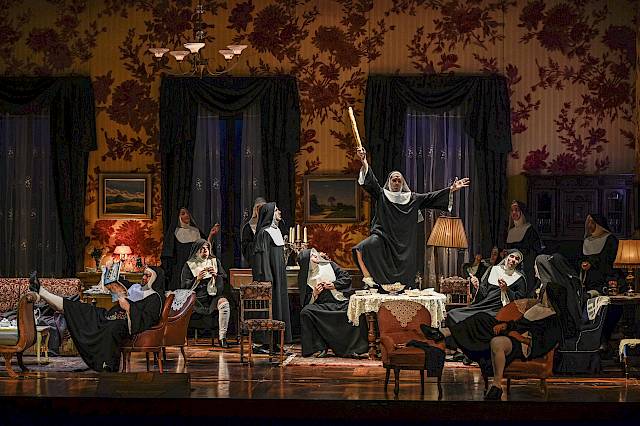 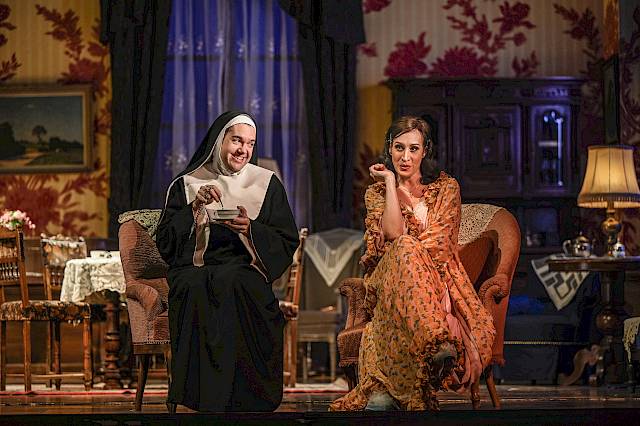 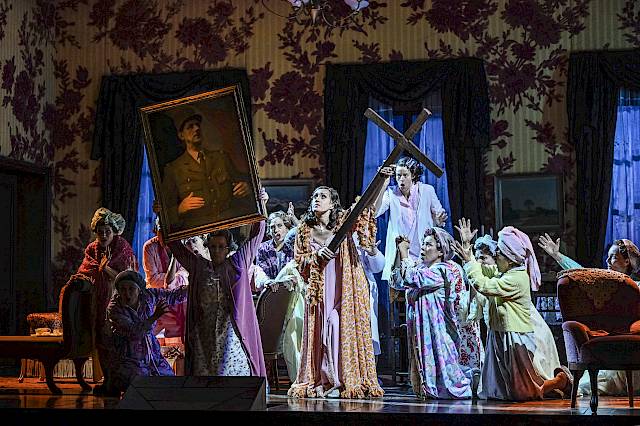 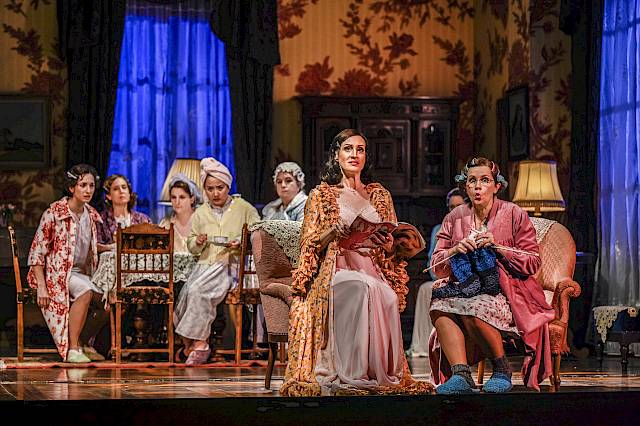 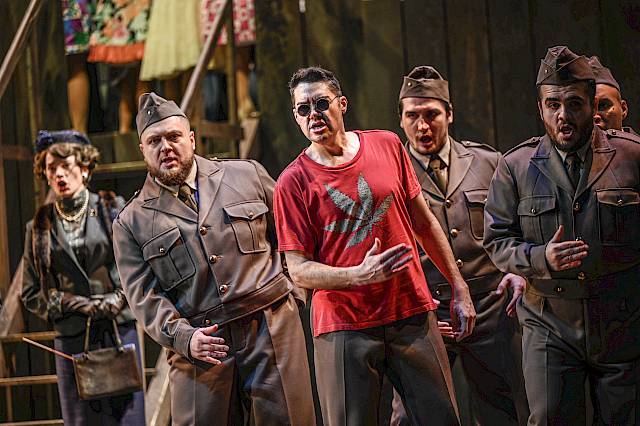 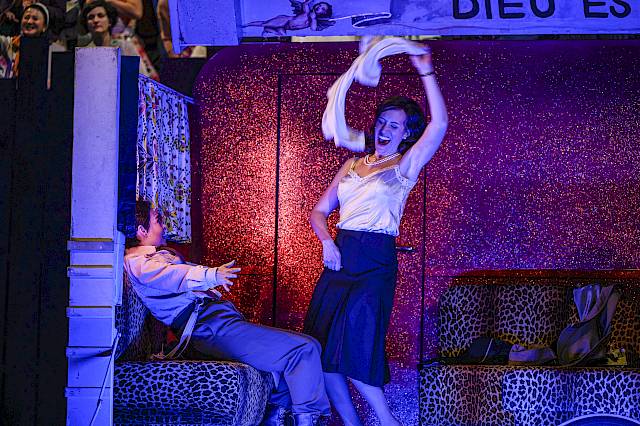 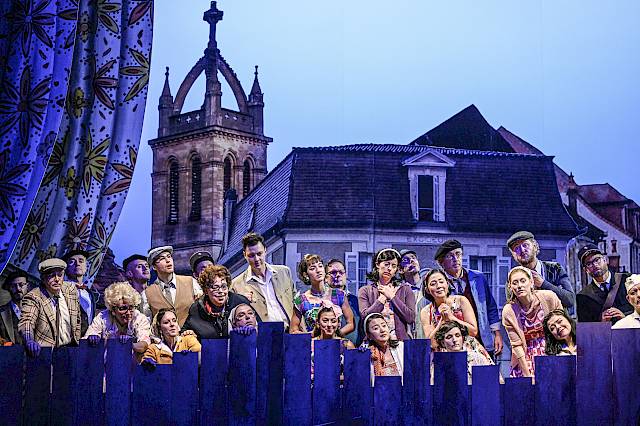 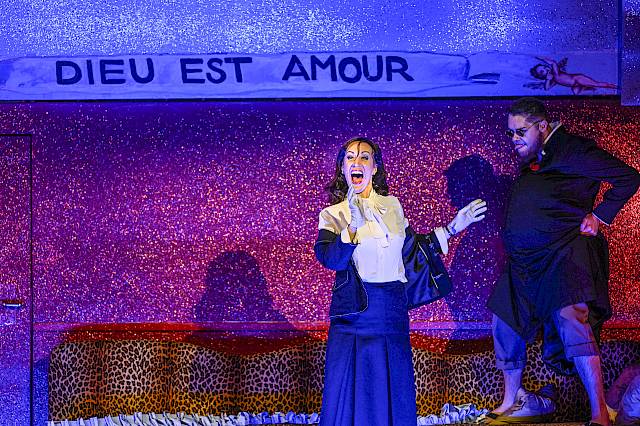 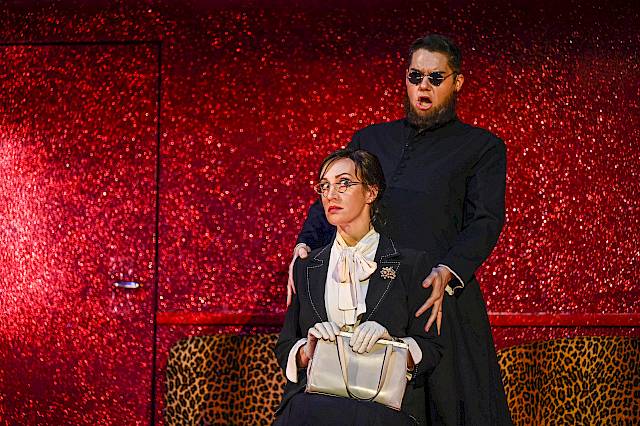 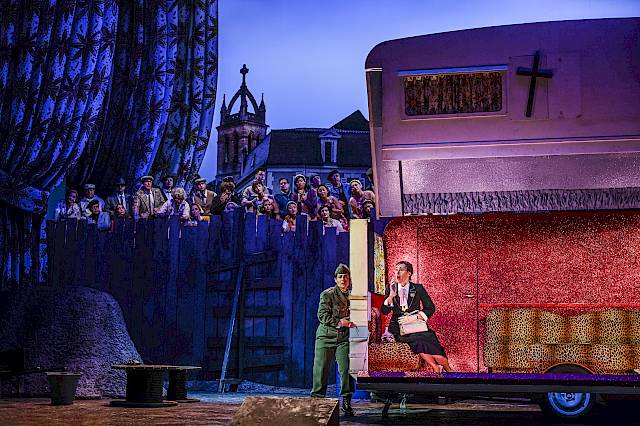 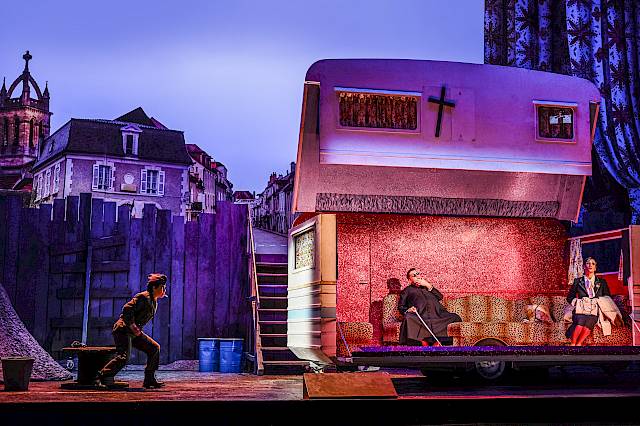 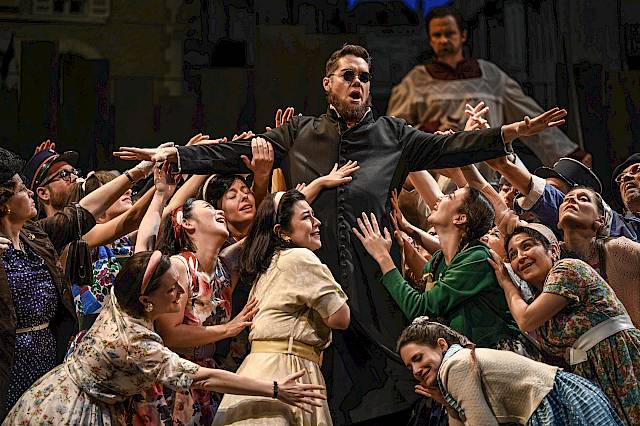 Act One
Count Ory, in disguise, is passing himself off as a wise hermit and miracle worker to dupe the local villagers. His friend Raimbaud, also disguised, collects gifts from the villagers to welcome the hermit, whose arrival is eagerly awaited. Ragonde, a companion to Countess Adèle, com­plains about all the commotion: hermistress and a number of other society ladies whose hus­bands, fathers and brothers are off on a crusade have taken a vow of chastity and withdrawn to the countess’s castle. But the countess is suffering from an inexplicable melancholy.
When the hermit (Ory in disguise) arrives, he promises all the villagers happiness in love, mar­riage and work. Ragonde begs him to visit the countess, too. Ory, who has long had an eye on Adèle, says that he will be more than happy to do so, and withdraws to his retreat with the women villagers.
Ory’s page Isolier and the count’s former tutor meet in the village. They have been looking for Ory, who has been missing for days. While the tutor bemoans his time in the count’s service, Isolier’s mind is on the possibility of meeting Adèle here again: he has fallen helplessly in love with her.
The women villagers return from the hermit’s retreat in a strangely contented mood. The tutor suspects that the amorous activities of his former charge Count Ory may be responsible, and hurries off to fetch his retinue. Isolier decides to consult the hermit himself. Without realising who he is confiding in, Isolier tells the hermit of his allconsuming passion for the countess, and divul­ges his plan: he intends to disguise himself as a nun to get into Adèle’s castle, and asks the her­mit to help him. Ory is surprised at the intimacies his page has revealed. He promises his help, but secretly resolves to win the countess for himself.
Countess Adèle appears and consults the hermit. He advises her that the best cure for her me­lancholy is to fall in love, and releases her from her vow of chastity. Adèle blossoms and turns her attentions gleefully to Isolier. The hermit has words of warning here, though: she should not trust this page of the notorious libertine Ory.
Adèle, shocked at this advice, is about to return to her castle accompanied by the hermit when the tutor appears and reveals Ory’s true identity. Amid the ensuing uproar, news arrives of Adè­le’s brother: the crusade has been a success, and the brothers, fathers and husbands will soon be home. Ory has just one more day to devise a new scheme to win the countess over.

Act Two
Adèle, Ragonde and the countess’s further attendants are ensconced in their luxurious sur­roundings, safe and secure - they believe - from the temptations of the world. A storm breaks. Pitying anyone unfortunate enough to be caught out in it, the ladies are suddenly confronted with the pleas of a group of women pilgrims who are begging to be let in. Ra­gonde, sent to receive them, reports back that they are fourteen women of older years who claim to have been pestered by Count Ory. Hearing this, the ladies are only too pleased to offer the group a refuge for the night.
One of the pilgrims, a “Sister Colette”, asks for a private audience with the countess. Joined by their shared experience of having been pestered by Count Ory, they immediately strike up a rapport. Adèle does not notice that her new friend and the other pilgrims are, in fact, Ory and his men.
Adèle has the group served a meal and withdraws. The pilgrims, who are dressed as nuns, are making the most of the situation. When Raimbaud returns from a wander through the castle which has included plundering its wine cellar, they embark on a raucous drinking song. Twice they are interrupted: first by Ragonde and then by Adèle.
Each time they secrete the bottles under their habits and slip swiftly into fervent prayer for the mistress’s salvation.
When everybody retires to bed, Isolier unexpectedly appears and announces that the crus­aders will be arriving the same night. On learning from Adèle and Ragonde that there are women pilgrims in the castle, he tells them that he once planned to slip in disguised as a woman. Everyone suddenly realises who the pilgrims must be: Ory and his band. Isolier advi­ses the castle women to play for time until their menfolk arrive, and promises Adèle that he will protect her.
Ory enters the darkened room and starts to woo the countess, not noticing that he is in fact caressing Isolier in woman’s attire. Isolier, meanwhile, is pressing his suit on the countess, letting her believe that she is suffering Ory’s amorous advances.
When a fanfare announces the arrival of the returning crusaders, Isolier reveals his identity to his master. Ory admits defeat and begs for mercy for himself and his men.
Adèle accedes, provided they leave the castle at once, using a secret passageway to avoid being seen. The crusaders are welcomed home with a victory song. 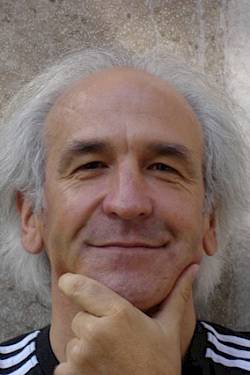 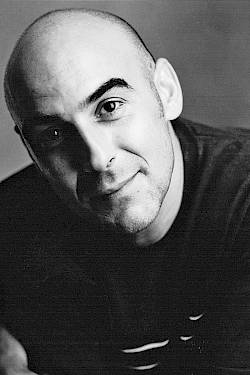 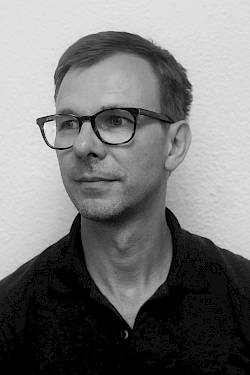 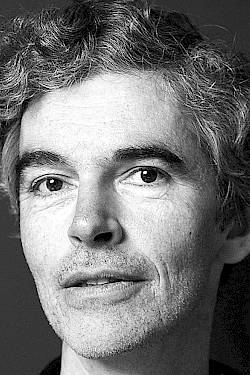 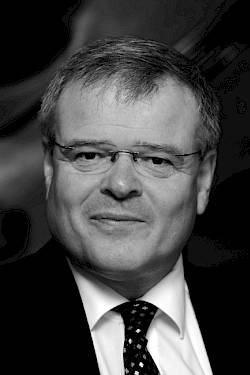 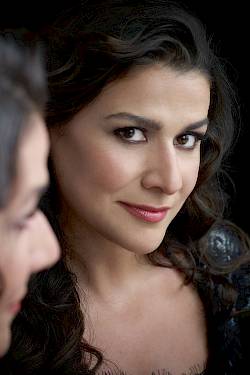 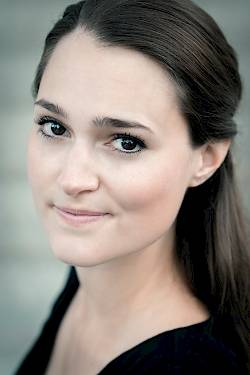 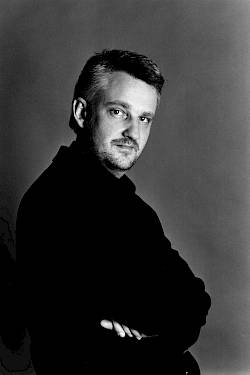 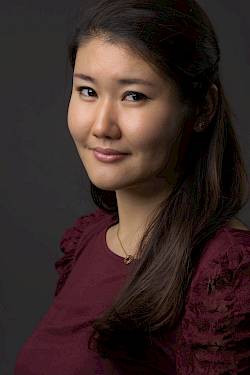 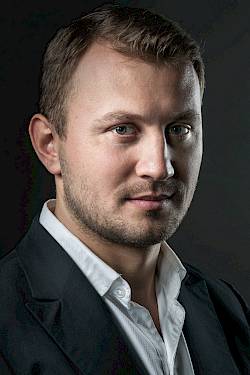 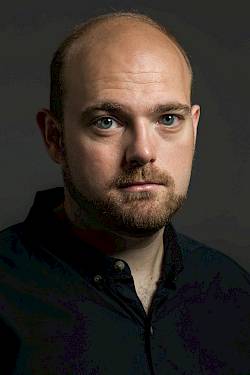