Adieu, culture in lockdown: you’re invited to join us to celebrate the new season with a flashy cultural firework display on September 11 & 12!

All events will be presented free of charge. The viability of presentation is dependent on current governmental regulations and the state of the epidemiological situation. We will implement a supplementary security strategy for events on the Sechseläutenplatz.

Concert «The Nutcracker for kids»

Music by Piotr I. Tchaikovsky, concert version for children aged 5 and over
Admission free
Opernhaus

Tickets will be handed out on 9 September 2021. No tickets will be issued or required for the broadcasts on Sechseläutenplatz. We will inform you about the exact procedure at a later date. Subscribe to our newsletter to stay up to date.

Adieu, culture in lockdown: you’re invited to join us to celebrate the new season with a flashy cultural firework display on September 11 & 12. With L’incoronazione di Poppea, Claudio Monteverdi created not just the first opera, but one of the greatest operas of all time. We’re pleased to once again present Calixto Bieito’s successful production under the musical direction of Ottavio Dantone – and you’ve got the chance to catch a Saturday morning rehearsal, where Julie Fuchs as Poppea will unleash all her charms in her efforts to win the crown. Countertenor David Hansen as Emperor Nero is powerless to resist. The performance promises to be a theatrical experience that spans the distance between animalistic drive and eroticism, underscored by an all-encompassing musical score!

And no matter if you’ve never seen it, or if you can’t get enough of it: on Saturday evening, you can catch a viewing of Christian Spuck’s production of the Verdi Requiem with the Ballett Zürich, broadcast onto the big screen out on the Sechseläutenplatz. Spuck brings together images both poignant and poetic as he confronts mankind’s most basic emotions, bringing the vulnerable, helpless human’s search for consolation into focus. Alongside the 36 dancers of the Ballett Zürich, the Chor and Zusatzchor at the Opernhaus appear with soloists Krassimira Stoyanova, Veronica Simeoni, Francesco Meli, and Georg Zeppenfeld under the musical direction of Fabio Luisi.

With giants, a wild boar and a unicorn, we welcome big and small children from the age of six to the Studio Stage at the opening of the season for everyone. The young director and puppet theatre maker Kai Anne Schuhmacher has designed imaginative puppets for the «little opera based on the Brothers Grimm» Das tapfere Schneiderlein. Four singers and a puppeteer slip into the roles of the Grimm storytellers and the fairytale characters and bring them to life.

Trumpet fanfares, ethereal strains from the celesta, and wild winds sound out on Sunday morning, when we introduce Piotr Tchaikovsky’s dreamlike, beautiful masterpiece Der Nussknacker to our youngest guests. Members of the Orchesterakademie appear under the baton of Dieter Lange for this 45-minute concert version that includes work’s most popular moments. Felix Bierich narrates, telling the story of Marie and the Nutcracker’s adventures.

The weekend’s grand finale takes place on Sunday with oper für alle with the live viewing of Richard Strauss’ Salome. This year, the live performance will be broadcast on the Sechseläutenplatz and digitally online. Andreas Homoki directs Strauss’ thrilling one-act opera and Simone Young leads the Philharmonia Zürich. Elena Shtikina, a member of the Mariinski Theater in St. Petersburg, makes her debut in Zurich as the titular Galilean princess. Bass-baritone Kostas Smoriginas appears as Jochanaan. The story of Salome has its origins in the Bible: the erotic dance she performs for her stepfather Herod, and her demand for the head of St. John the Baptist on platter as a reward, appear in Bible. Premiered in 1905, Richard Strauss’ opera is imbued with provocatively-unbounded (sound) sensualism. It is no wonder that the opera remains one of his most popular works to this day. 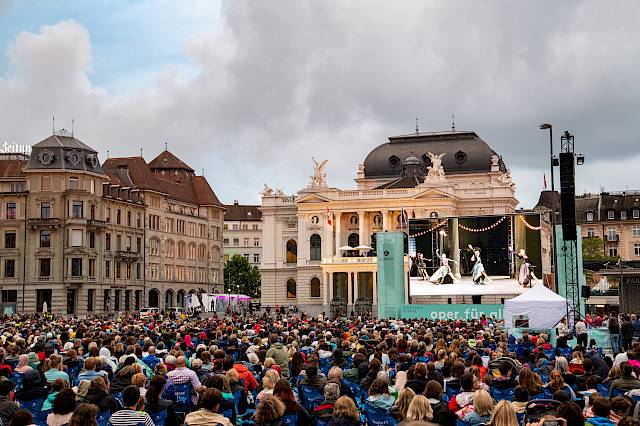 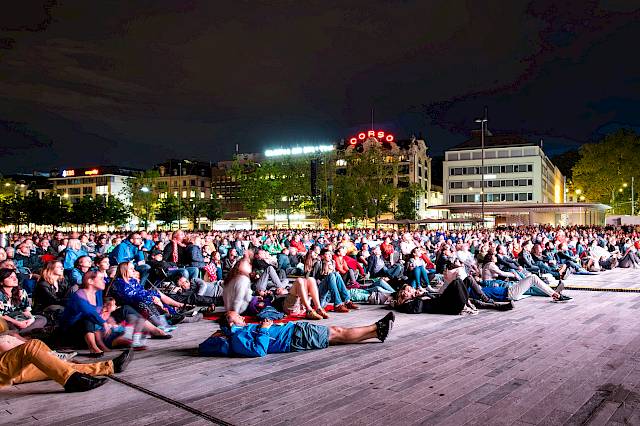 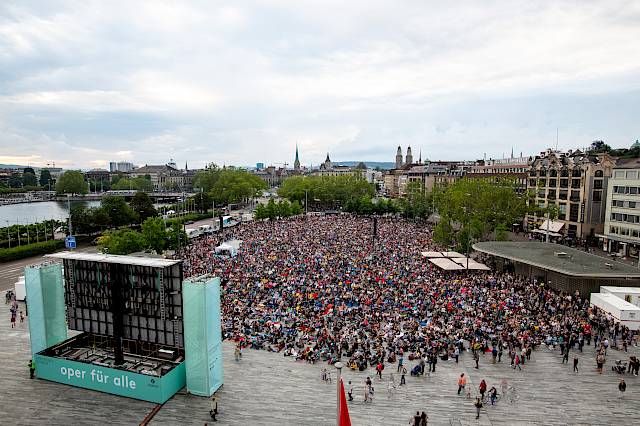 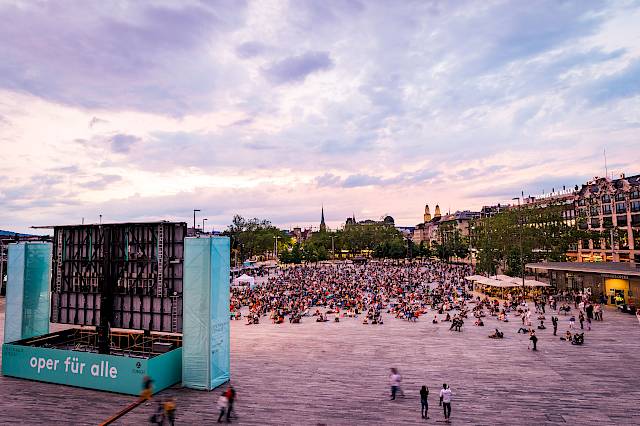 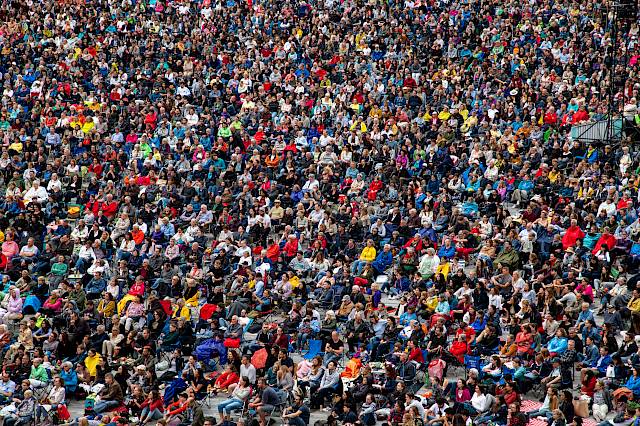 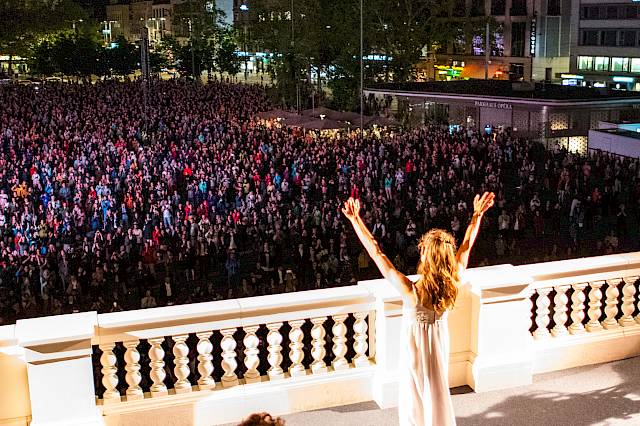 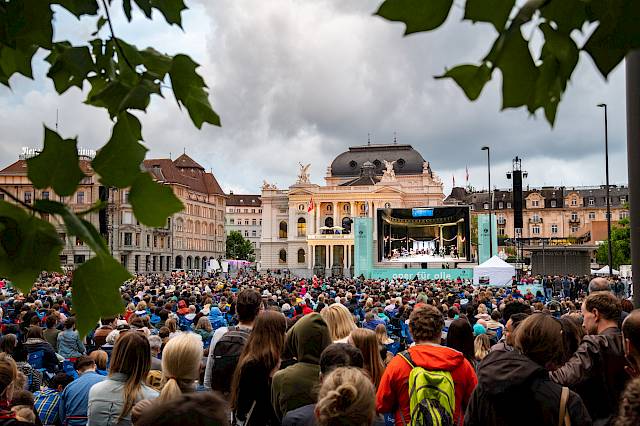 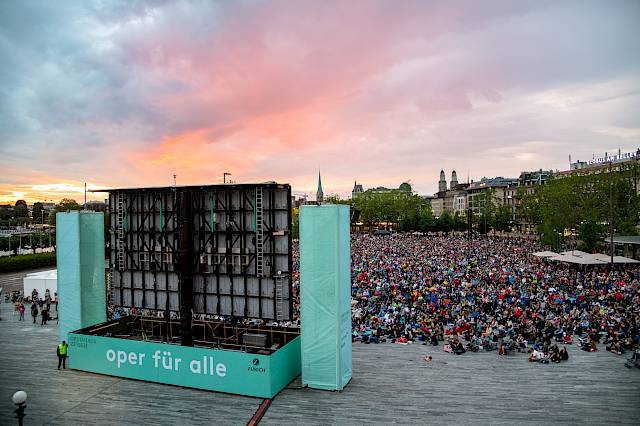 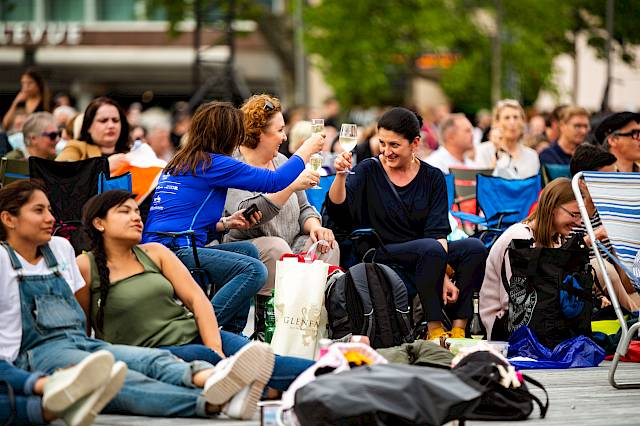 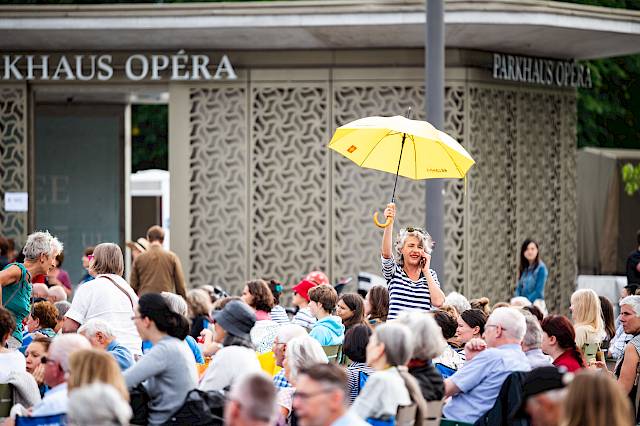 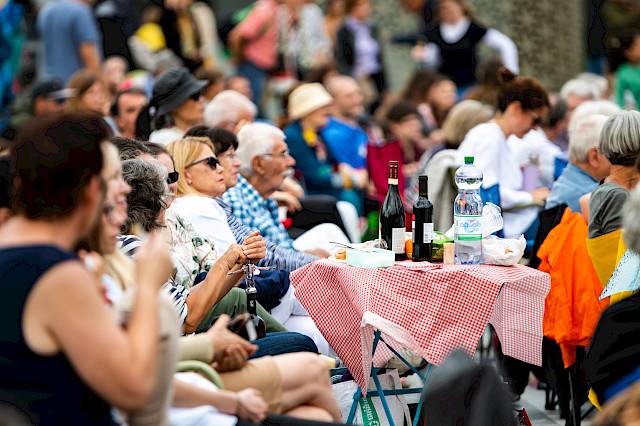 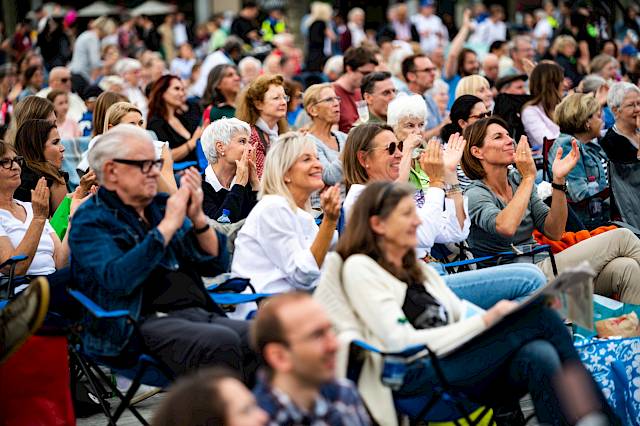 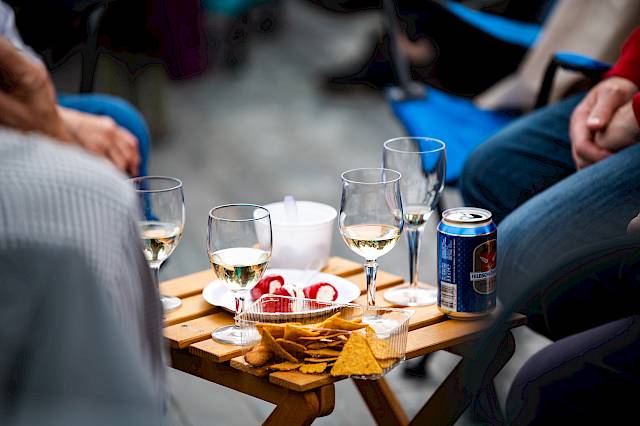 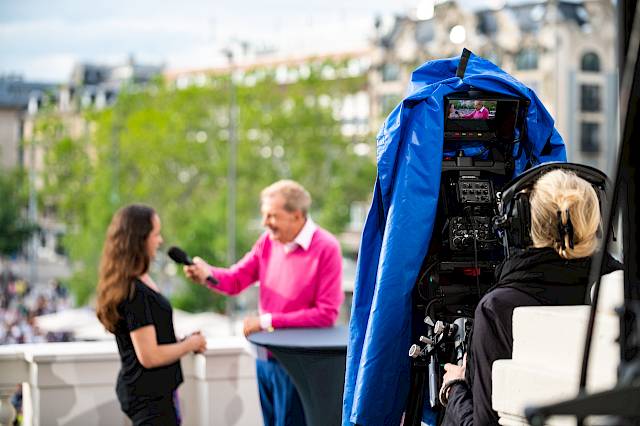 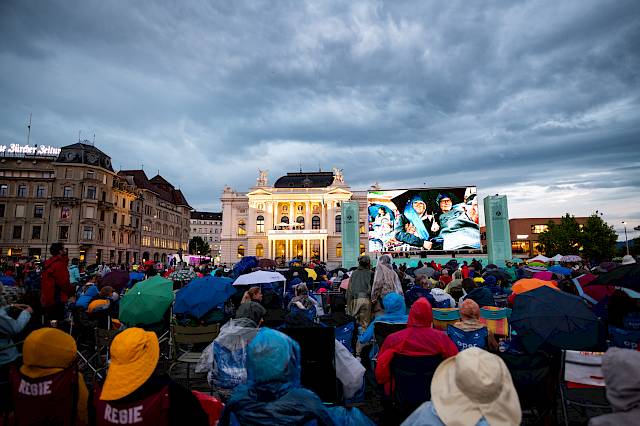 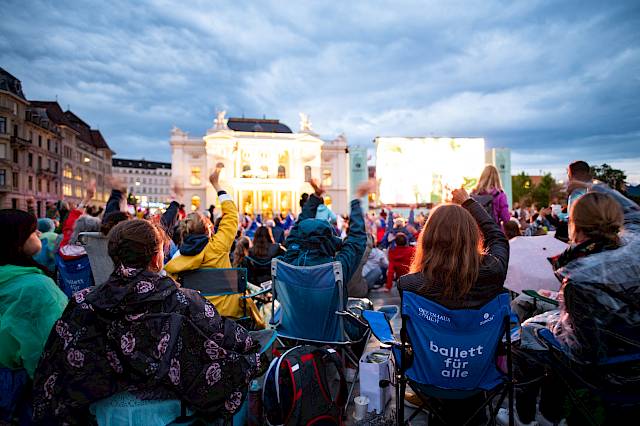 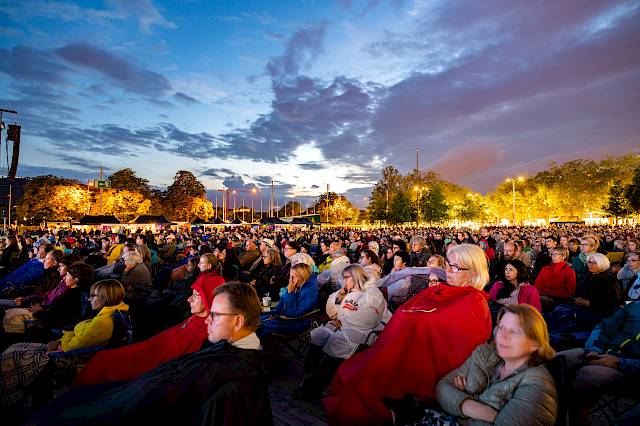 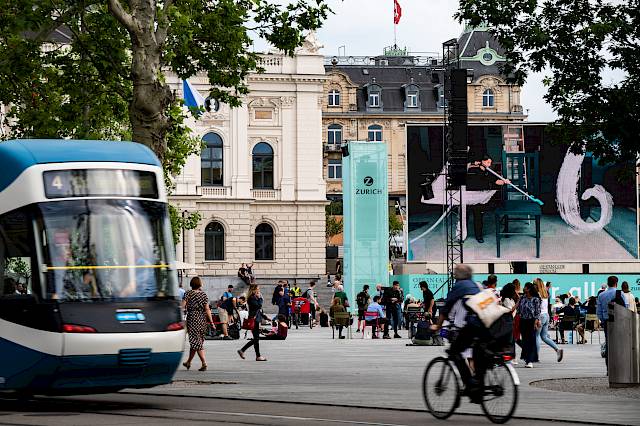 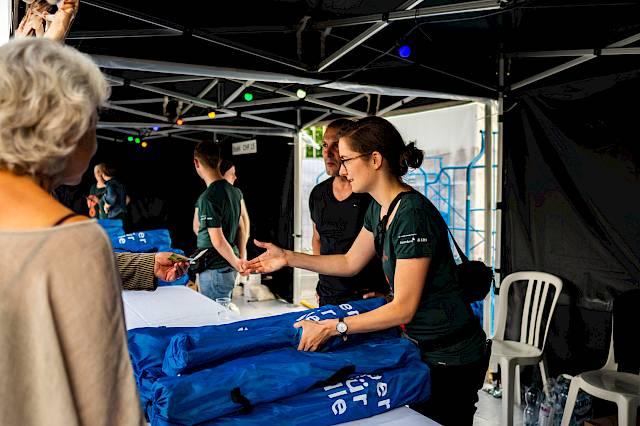 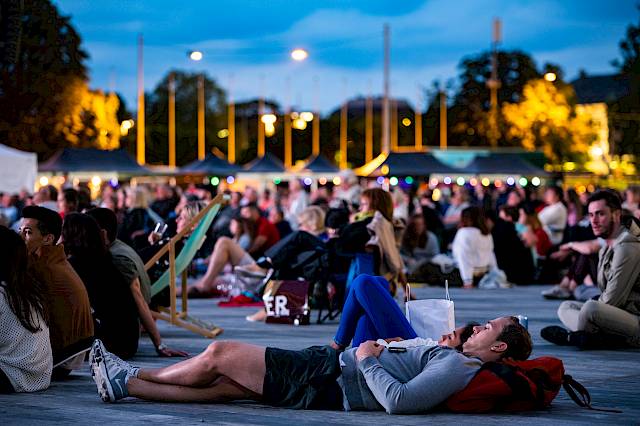 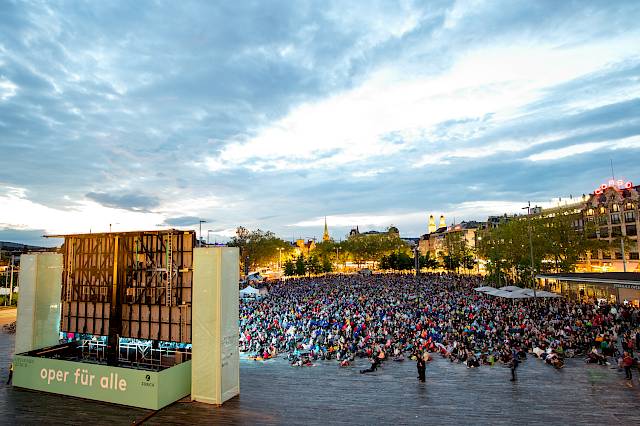 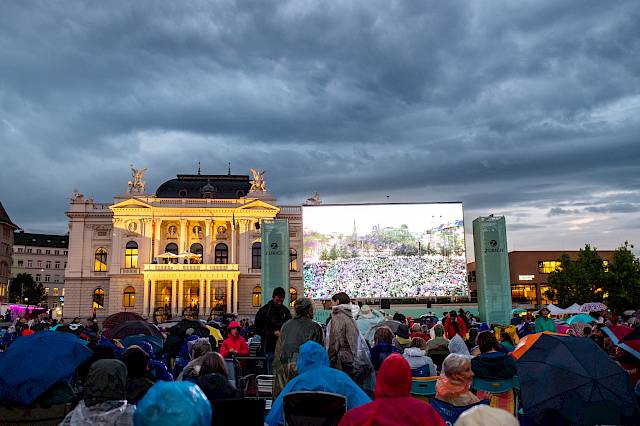 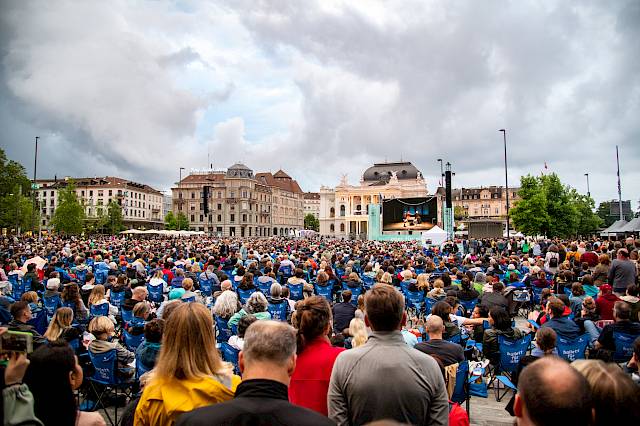 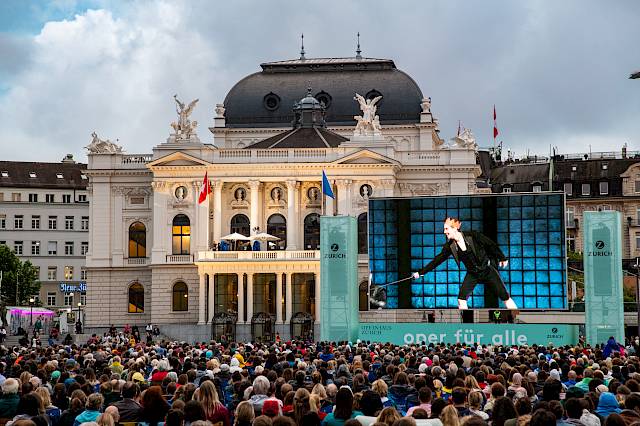 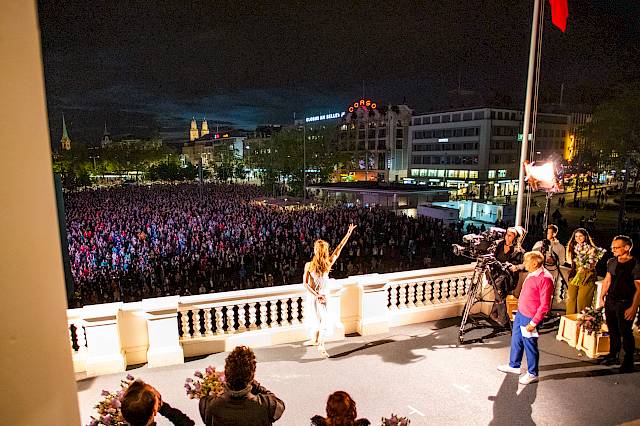 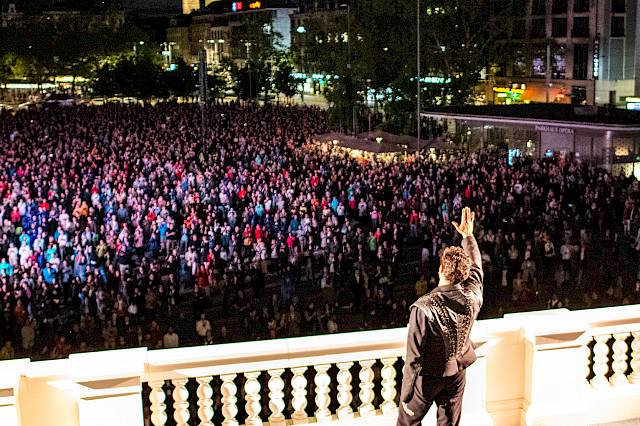 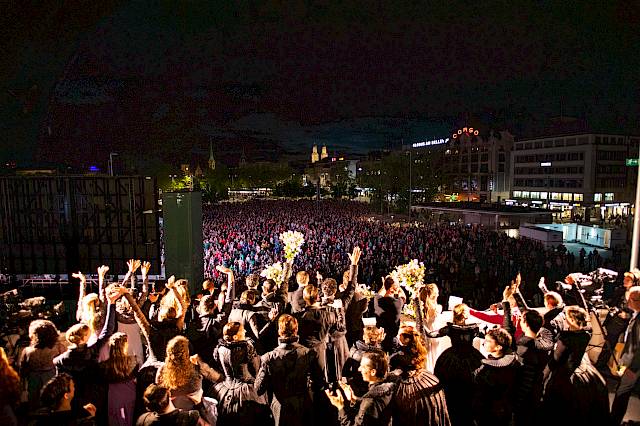 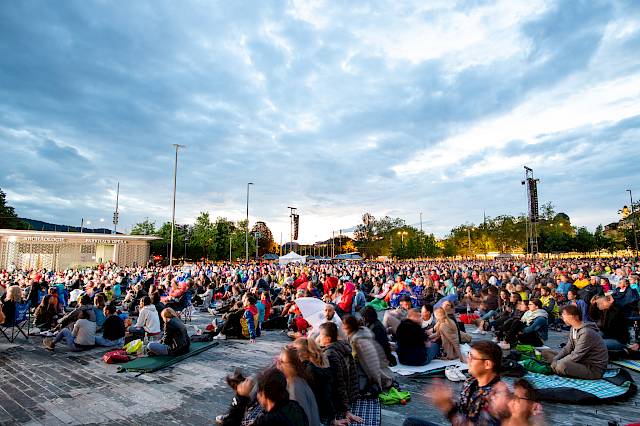