This highly talented group of emerging young singers will appear for their final concert with a colorful program of arias and duets with the Zürcher Kammerorchester, under the direction of Adrian Kelly. 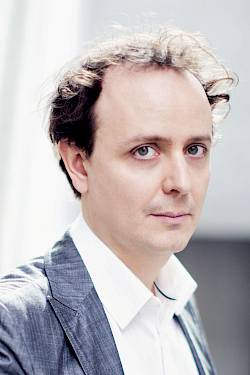 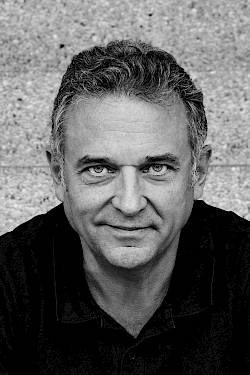 Andreas Homoki was born into a Hungarian musical family in 1960 in Germany, and studied school music and German in Berlin (West). He joined the Oper Köln as an assistant director and evening performance supervisor in 1987, remaining there until 1993. From 1988-1992 he was engaged as an assistant professor in scenic instruction at the opera school of the Musikhochschule Köln, where he created his first stage productions. He received his first invitation to stage direct in Geneva in 1992, and his production there of Die Frau ohne Schatten received international acclaim. That production would later appear at the Parisian Théâtre du Châtelet, and would go on to with the French critics’ prize in 1994. He was a freelance stage director from 1993 to 2002, and his works appeared in Cologne, Lyon, Leipzig, Basel, Berlin, Amsterdam, and Munich. He made his debut at the Komische Oper Berlin in 1996 with Falstaff, followed by productions of Die Liebe zu drei Orangen in 1998 and Die lustige Witwe in 2000. He was appointed principal stage director of the Komische Oper Berlin in 2002, succeeding Harry Kupfer in that role, and was further named Intendant in 2004. In addition to his work at the Komische Oper Berlin, he appeared as a guest at the Théâtre du Châtelet in Paris, the Bavarian State Opera, the New National Theatre Tokyo, at the Sächsische Staatsoper Dresden, and at the Hamburg State Opera. In July 2012, he directed a production of Marc-Antoine Charpentier’s David et Jonathas at the Festival in Aix-en-Provence, with musical direction by William Christie. That production would later appear in Edinburgh, Paris, and New York. Andreas Homoki has been Intendant of the Opernhaus Zürich since the beginning of the 2012/13 season, and has directed productions of Der fliegende Holländer (a coproduction with La Scala in Milan and the Norwegian Stage Opera in Oslo), Lady Macbeth of Mzensk, Fidelio, Juliette, Lohengrin (a coproduction with the Viennese State Opera), Luisa Miller (Hamburg Stage Opera), Wozzeck, My Fair Lady (Komische Oper Berlin), I puritani, Medée, Das Land des Lächelns, Lunea, which was named world premiere of the 2017/18 season by the Opernwelt magazine, Sweeney Todd by Stephen Sondheim, Iphigénie en Tauride, Nabucco, Simon Boccanegra, Les Contes d’Hoffmann and, most recently, Salome. Andreas Homoki has been a member of the Akademie der Künste in Berlin since 1999.