Romantic Exoticism was a popular genre on theater and opera stages the 18th and 19th centuries. Audiences were delighted by the exotic magic of the Orient ostensibly on display in these so-called «Turkish operas», with stories about harems full of supposedly subservient women at the disposal of men. They enjoyed the fantasy of the virile, seductive masculine foreigner. From today’s perspective, they are full of nasty clichés and cultural faux pas. Is it even possible to stage a work like Rossini’s Il turco in Italia without perpetuating prejudice?  German opera and theater director decided to try: he set the opera in the apartments, foyers, and entryways of a modern, middle-class residential building. The result is a lusty, subtle play about misunderstandings that arise when Eastern and Western cultures of today meet. And he has Rossini firmly at his side, as the composer had no small amount of fun with exaggerated parody. It shows in his characters on stage: the seducer Selim; Geronio, the ridiculous and far-too-old husband; Fiorilla, Geronio’s young and enterprising wife (and commedia dell’arte archetype) who’s stuck in the kitchen. And then he adds Prosdocimo to the plot. He’s a poet in search of a new subject for his next play, and, scene by scene, comments on the successful and failed punchlines in this simple yet cleverly convoluted comedy.

This production, which premiered two years ago and was an immediate hit with audiences, is a musical feast, full of runaway tempos, breakneck arias, and an extra helping of buffa fun. The fiery and feisty role of Fiorilla is ideally cast with the equally spirited soprano Olga Peretyatko. At her side are tried-and-true Rossini specialists Renato Girolami, Nahuel Di Pierro, and Pietro Spagnoli. 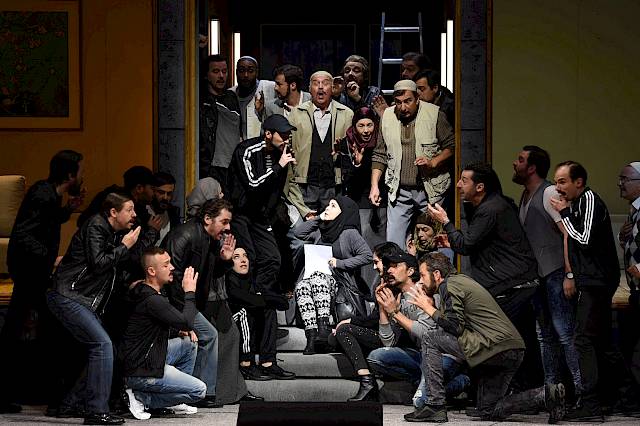 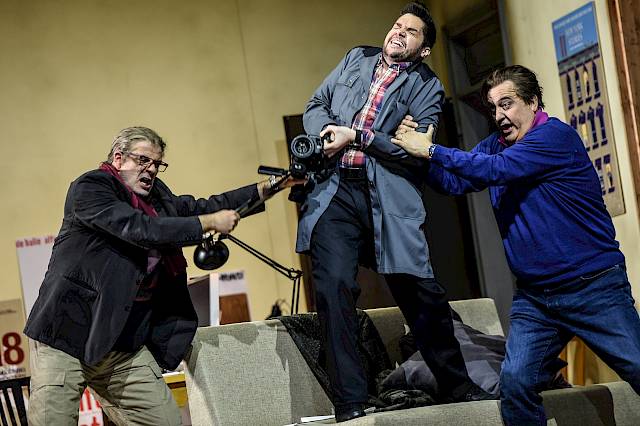 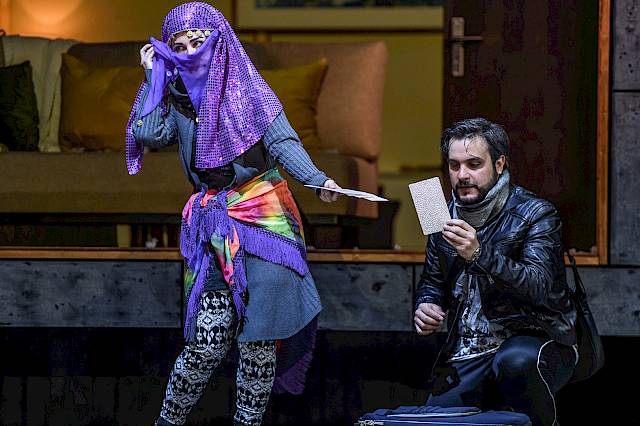 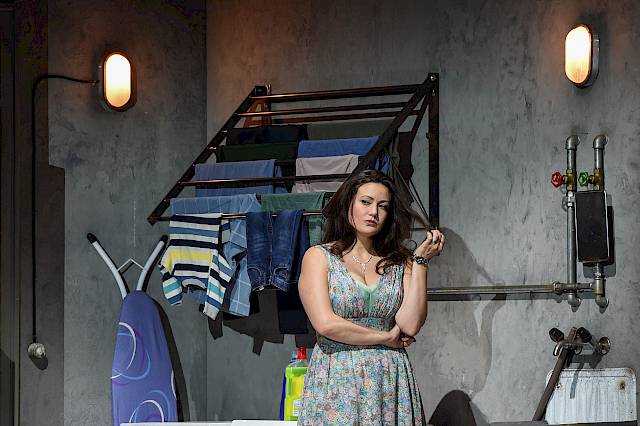 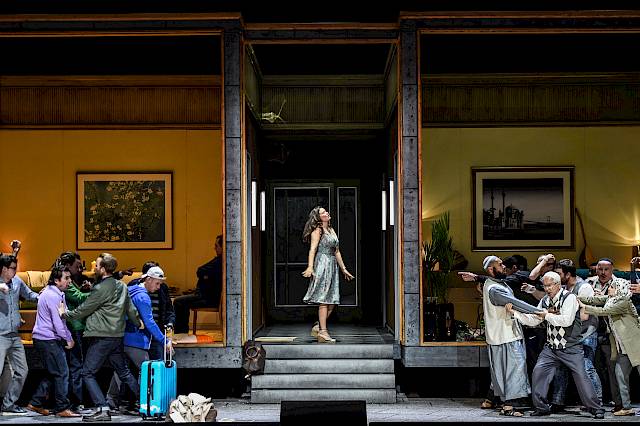 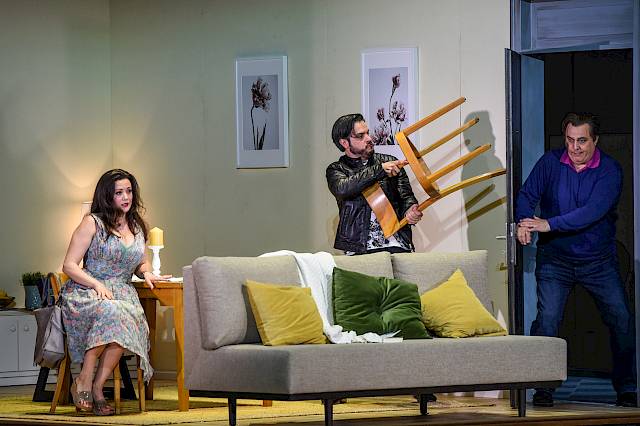 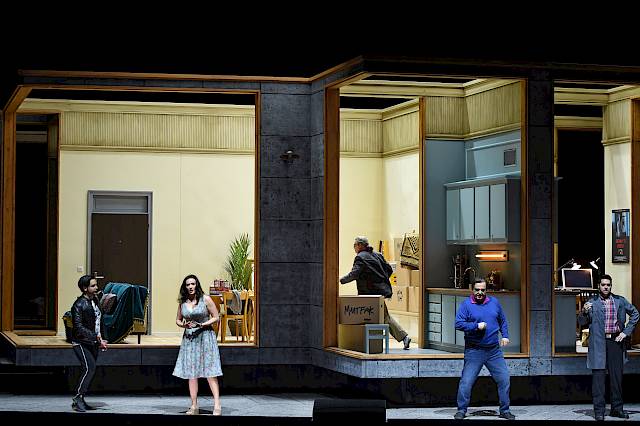 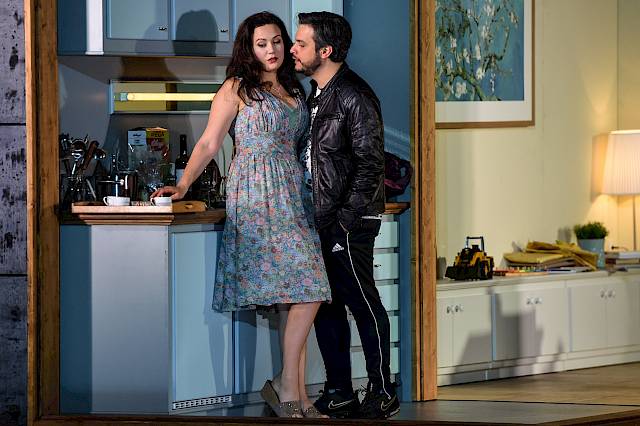 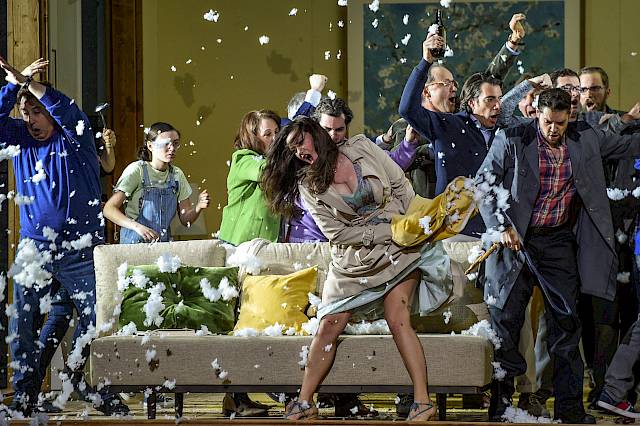 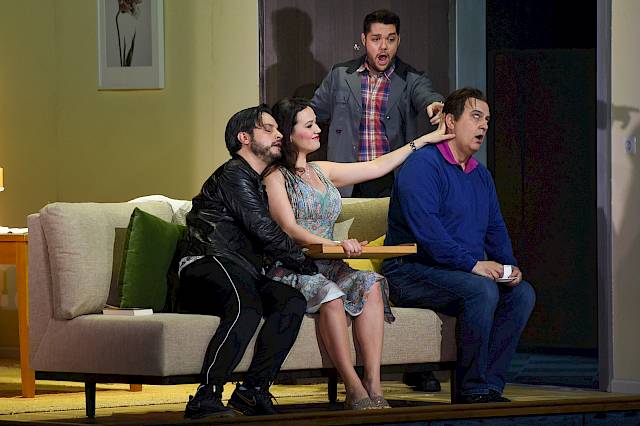 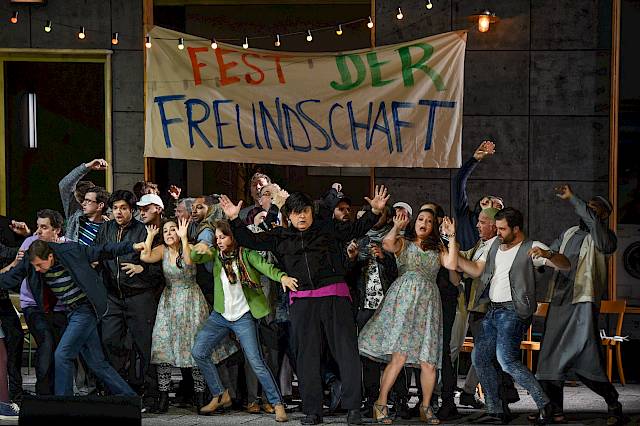 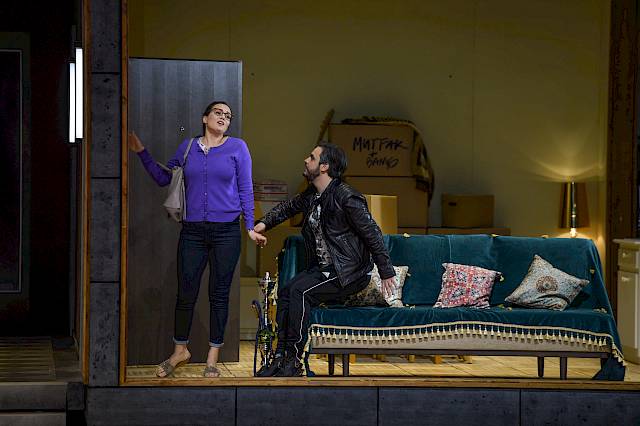 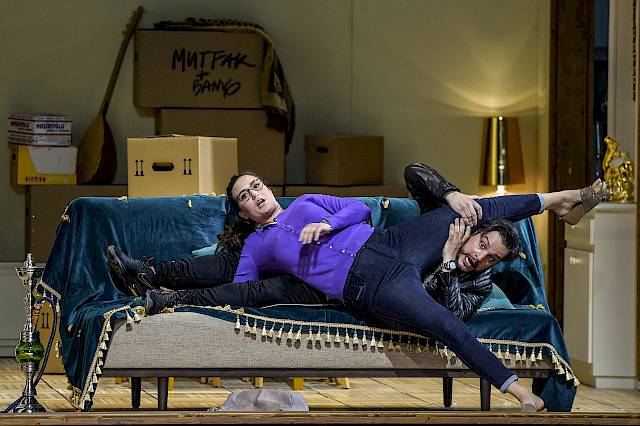 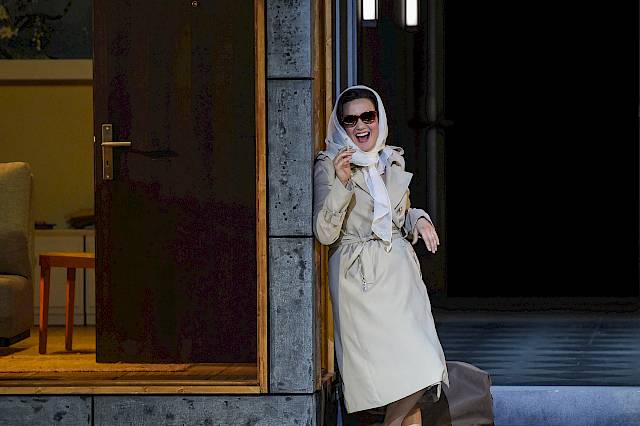 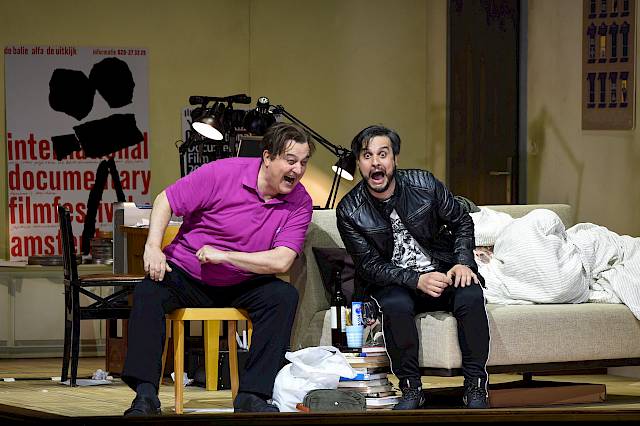 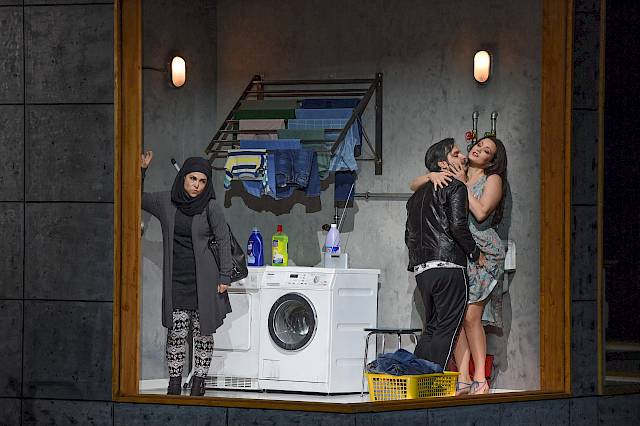 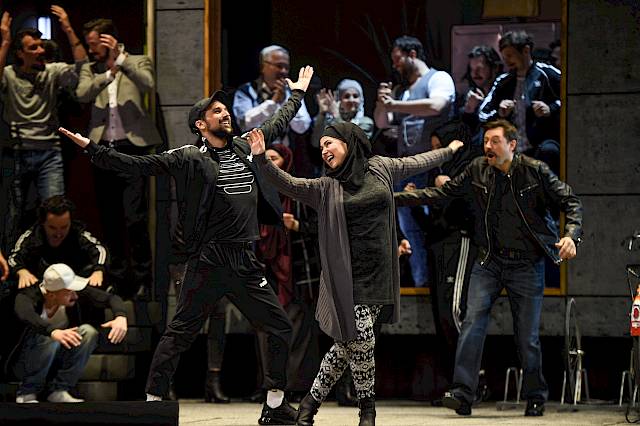 Act One
Zaida, a Turkish girl, is in Italy searching for her former lover Selim, but is unable to find him. She is accompanied by her compatriots, who are trying to cheer her up. The poet wants to create a new play, but has hitherto failed to find a suitable subject. Zaida tells Prosdocimo about her former relationship: Selim had wanted to marry her, but others then persuaded him that Zaida had been unfaithful to him. Selim was furiously jealous.

Geronio is having marital problems. He wants a fortune-teller to explain to him what is going on in his wife Fiorilla’s head, and in the process encounters Zaida. Fiorilla finds her everyday married life dull and complains that married women are only allowed to love one man.

Selim, the Turk, arrives in Italy, looking forward to a new life in a different world. He encounters Fiorilla, and the pair flirt outrageously. Narciso, an ardent admirer of Fiorilla, is also in despair because she gives him the cold shoulder.

Geronio rushes to Narciso and Prosdocimo in great agitation because he has seen his wife with a Turk. Prosdocimo realises that this is the very man who is searching for Zaida, and senses that the situation can provide a conflictual, emotionally charged story for his new play. An altercation ensues among the three men because Geronio and Narciso feel that Prosdocimo is ridiculing them.

Fiorilla has invited Selim for coffee. She is wary of him because she believes that Turkish men have a hundred women at once. Geronio interrupts their tryst. It looks as if the men could come to blows, but Fiorilla smooths things over by claiming that her husband has merely come to pay his respects to her guest. Frightened of the foreigner, Geronio kisses the hem of his coat. Having observed the humiliating scene, Narciso urges Geronio not to tolerate such treatment.

Geronio takes Fiorilla to task. This leads to a marital dispute, with recriminations, offers of reconciliation and threats. The quarrel ends with Fiorilla’s announcement that in future she will take a thousand lovers – for this is the only language that men understand.

Disguised as a fortune-teller, Zaida encounters Selim, who recognises her. Fiorilla and Selim intend to elope in secret. Zaida has jealously observed the pair and stakes her claim to Selim. Zaida and Fiorilla go for each other’s throats. The chaos is complete – and Prosdocimo finds it all highly amusing.

Act Two
Geronio unburdens himself to Prosdocimo, who comforts him, all the while secretly hoping that the situation will continue to escalate. Selim suddenly appears and proposes to Geronio that he buy Fiorilla from him, in accordance with Turkish custom. In response, Geronio, in accordance with Italian custom, threatens to punch him on the nose. Selim announces that he will abduct Fiorilla. The two men grow increasingly furious. Fiorilla has arranged a meeting between Selim and Zaida. Selim is supposed to decide between the two women, but is unable to do so. Once the indignant Zaida has left, Fiorilla and Selim rekindle their feelings and forgive one another. He declares his eternal love for her. She believes him. Prosdocimo tells Geronio about the abduction of his wife, which is planned to take place during a party. He suggests that Geronio attend the festivities disguised as a Turk. Furthermore, he has told Zaida about the abduction plan: she will also come to the party, disguised as Fiorilla. Narciso, who has heard everything, will also attend in the guise of a Turk.

At the party, the lookalike Turks and the two Fiorillas cause a great deal of confusion. Geronio no longer recognises his own wife and causes a scandal that ends the festivities. Prosdocimo advises Geronio – in order to win his wife back – to write a letter to her threatening separation. The two learn from the Turk Albazar that Selim has reconciled with Zaida.

Fiorilla reads in the letter that Geronio wants to have nothing more to do with her, and that she should go back to her parents in Sorrento, returning to the poverty of her childhood. She laments her fate and regrets having ruined her marriage. Geronio observes her suffering and is prepared to forgive her. The pair are reconciled.

The two couples meet once more, but Fiorilla stays with Geronio, and Selim with Zaida. 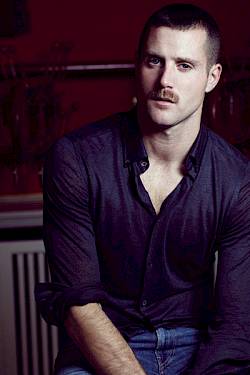 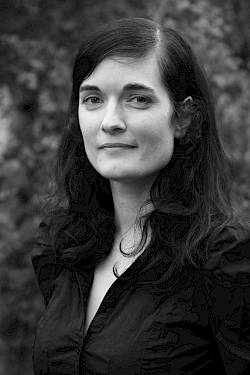 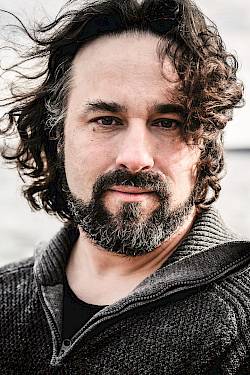 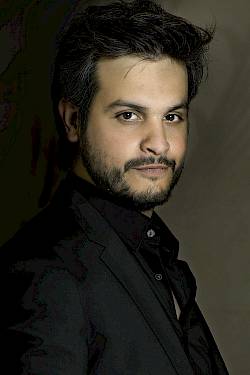 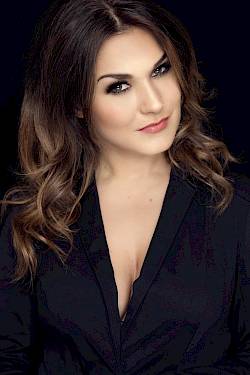 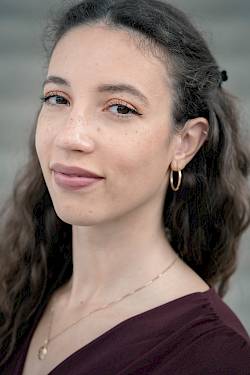