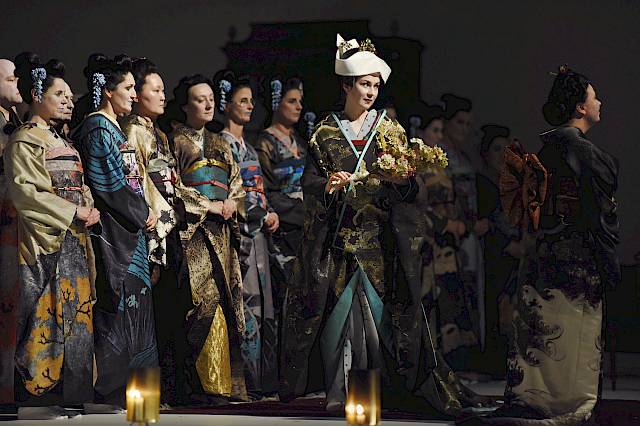 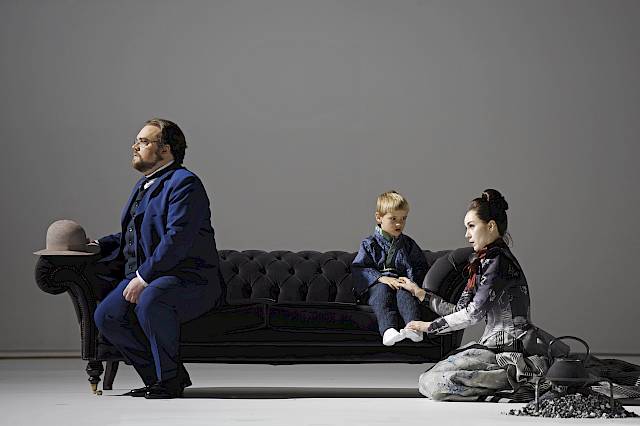 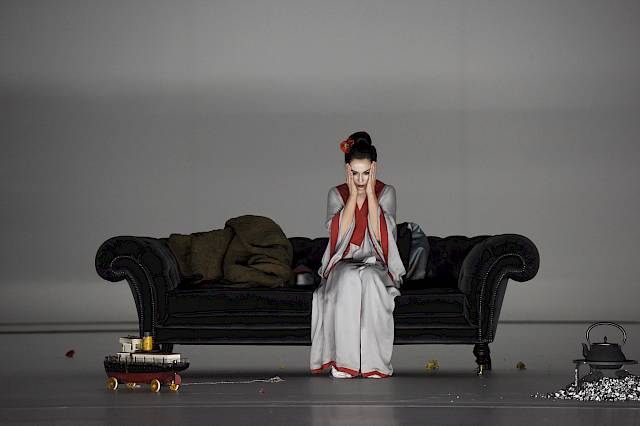 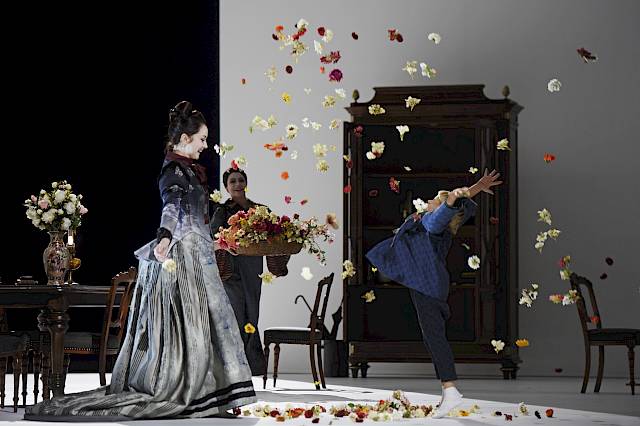 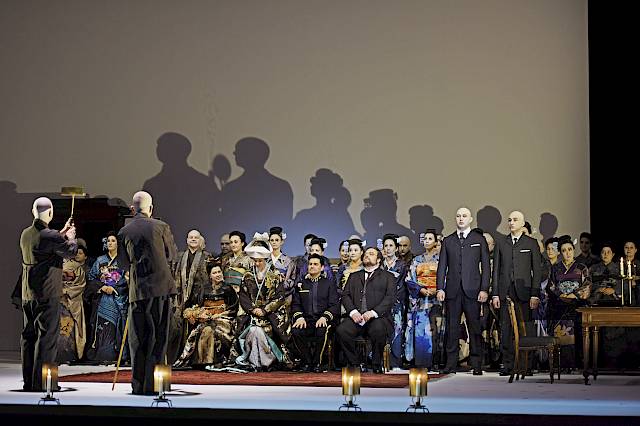 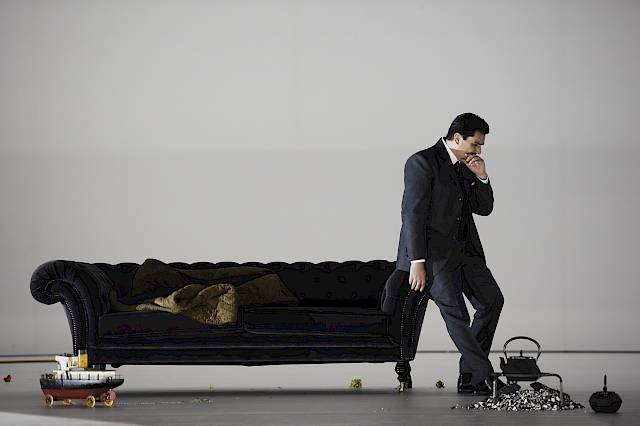 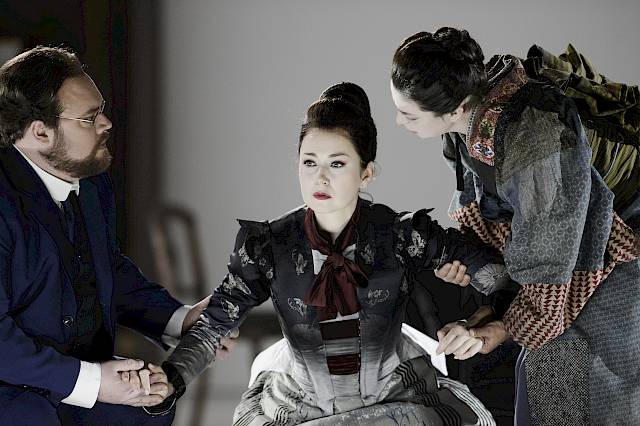 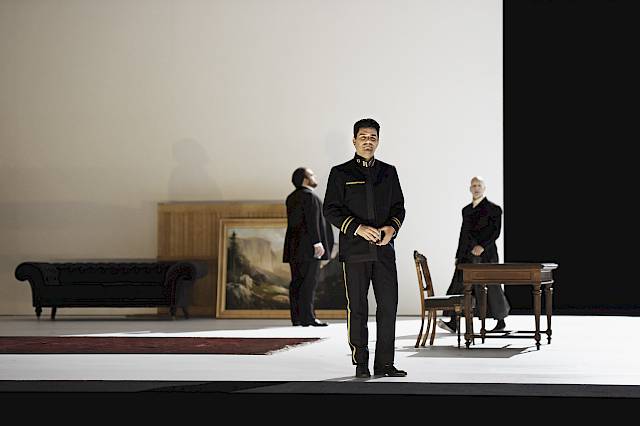 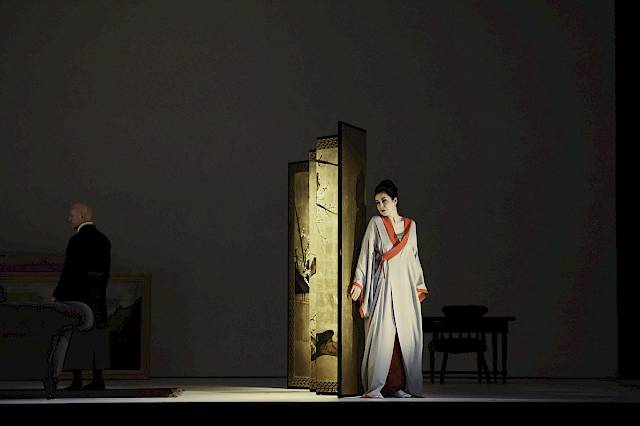 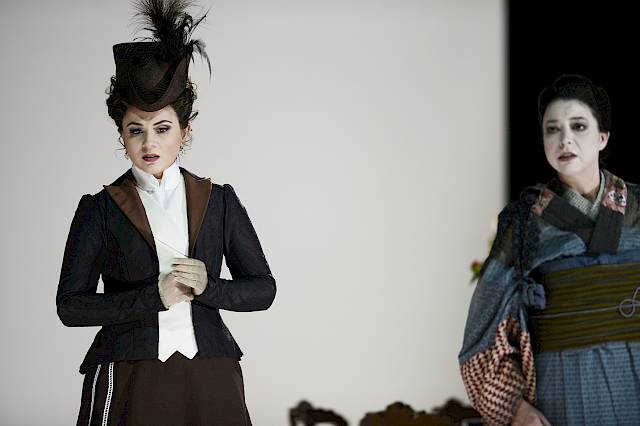 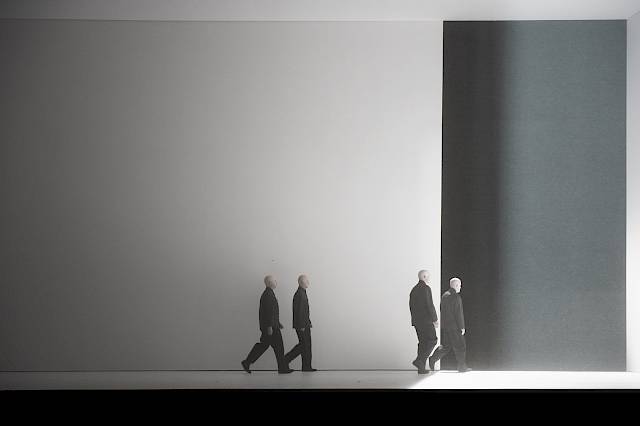 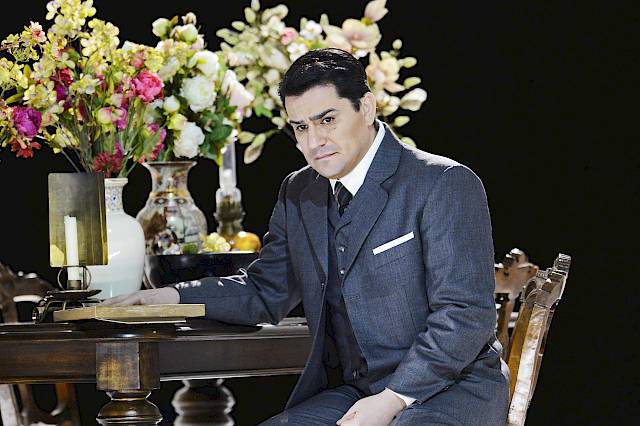 Act One
American Navy Lieutenant B.F. Pinkerton is temporarily stationed in Nagasaki in Japan. Goro, a matchmaker, shows Pinkerton the house that the latter has rented for the length of his stay. This is where Pinkerton will marry and then live with the young geisha Cio-Cio-san. The marriage contract will remain valid until Pinkerton decides to end it.
With the American Consul Sharpless in attendance, Pinkerton enthuses about the freedom he enjoys of being able to do whatever he wishes, all over the world. Sharpless disapproves of this inconsiderate attitude, and of the arranged marriage with Cio-Cio-san, too. He warns Pinkerton not to break the girl’s heart. But Pinkerton ignores Sharpless’s concerns, and raises a glass with him to the day he will find a «real» bride back in America.
Cio-Cio-san, known as Butterfly, arrives with her friends. She is 15, and comes from a once-affluent family. Since the death of her father, however, she has been forced to work as a geisha. Pinkerton is fascinated by her.
The Imperial Commissioner, the Registrar and Butterfly’s family arrive for the wedding. Butterfly shows Pinkerton a few things she has brought with her. The items include a dagger that her father used to take his own life. She also confides to Pinkerton that she has secretly converted to Christianity.
The couple are married. But in the midst of the celebrations, Butterfly’s uncle, a holy man, arrives in a rage. He has heard of Butterfly’s conversion, and curses her for it. Pinkerton chases him out. Butterfly’s family, equally outraged, shun the bride and leave.
Pinkerton comforts Butterfly. Slowly, she puts her trust in him. As night falls, they are both overcome by love.

Act Two
Three years later, Butterfly is waiting for Pinkerton, who has returned to America. Money is running out. Butterfly is convinced that Pinkerton will come back; her maid Suzuki is not so sure.
Consul Sharpless comes by with a letter from Pinkerton. But before he can read it out, they are interrupted by Goro, who wants to marry Butterfly to the affluent Prince Yamadori. Butterfly declines: she cannot just end her marriage to an American so lightly, she protests.
Pinkerton, in his letter, has asked Sharpless to tell Butterfly as gently as possible that he will not be coming back to her. Sharpless cannot bring himself to do this, and opts instead to ask Butterfly what she would do if Pinkerton never returned. She would have only one choice, she replies: she would kill herself. Fearing the worst, she reveals to Sharpless that her marriage to Pinkerton has produced a son. Sharpless leaves, deeply moved, and intent on telling Pinkerton this news.
A cannon shot is heard from the harbour. Butterfly recognizes Pinkerton’s ship. She cries and laughs with joy at his imminent return. Together with Suzuki, she adorns the house with flowers. And she stays up all night waiting.
As dawn breaks, Butterfly falls asleep, exhausted. While she sleeps, Sharpless and Pinkerton arrive. Suzuki learns that Pinkerton has married «properly» in America. He is here now with his American wife, Kate: he has heard about Butterfly’s child with him, and intends to take the boy back to America. He cannot face meeting Butterfly, though.
As Suzuki is talking to Kate, Butterfly comes in. She realizes the hopelessness of her situation. And for the sake of the child, she agrees to Pinkerton’s plan. In emotional agony, she says farewell to her son. And takes her own life.