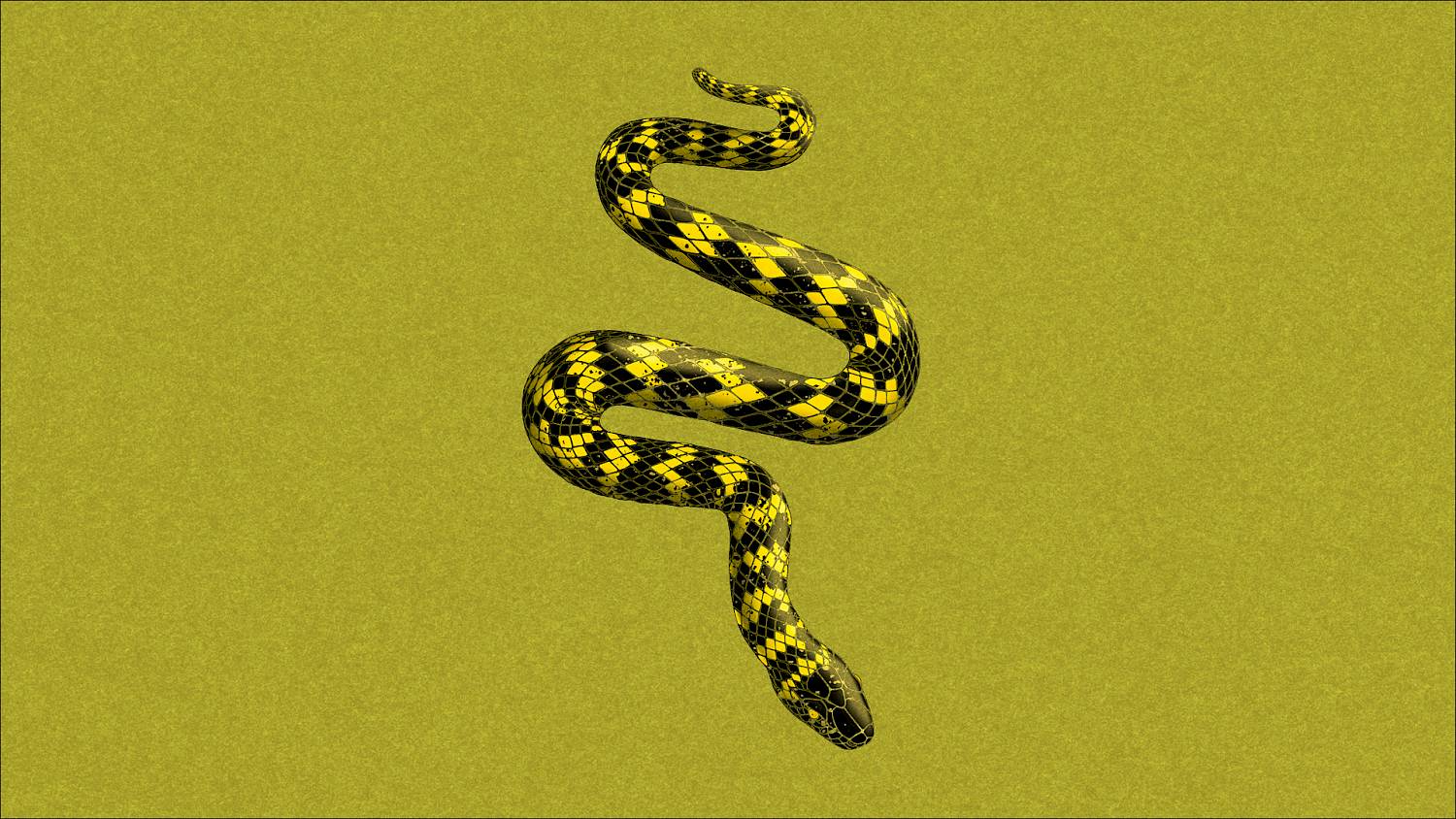 Welcome to the new season!

Nine operatic premieres and three premieres by Ballett Zürich on the main stage, as well as seventeen operatic and three ballet revivals are on the program of Opernhaus Zürich for the coming 2O2O/21 season.

In addition to those performances, the season promises a premiere by the International Opera Studio and one by the Junior Ballett at the Theater Winterthur, a concert performance of an opera, a new children’s piece on the Studiobühne, nine concerts by the Philharmonia Zürich and the special ensemble Orchestra La Scintilla, seven song recitals with star soloists, the traditional Opera Ball, and many offers for children, young adults, and families. The 2O2O/21 season kicks off with a grand opening festival and ends with the live broadcast as part of «oper für alle».

We are happy to deliver the new 2O2O/21 season book to your home free of charge.

You can place your order here.

The premiere season starts on September 20th with an heavyweight in operatic history. The cast for Modest Mussorgsky’s «Boris Godunow» will be led by Michael Volle, who, following his turn as Nabucco, will be making another important role debut in Zurich. And once again, a production by stage director Barrie Kosky will open the season. Together with Ukrainian conductor Kirill Karabits, they will bring a grand version to the Zurich stage.

Works by Giuseppe Verdi are a main focus of Zurich’s repertoire. To that end, «Simon Boccanegra» will celebrate its premiere in December 2020. Andreas Homoki and Fabio Luisi will head a new production. The internationally celebrated baritone Christian Gerhaher returns for another role debut as Simon Boccanegra, following his debuts as Alban Berg’s Wozzeck and Heinz Holliger’s Lenau.

Jacques Offenbach’s last opera, «Les Contes d’Hoffmann», combines operetta, opéra comique, and romantic-fantastical opera. Tenor Saimir Pirgu will make his role debut as the poet Hoffmann, who confuses reality and dream as he meets four women and four adversaries. Andreas Homoki will direct for the stage, and the curtain will rise on this new production in April 2021. Italian conductor Antonino Fogliani conducts the Philharmonia Zürich.

In March 2021, the sound-space experience that is «Amerika» by Polish Israeli composer Roman Haubenstock-Ramati debuts in Zurich, marking the third production of this piece since its world premiere in 1966. This legendary, daring music theater project, based on Franz Kafka’s uncompleted novel of the same name, belongs to the landmarks of 20th century operatic composition. This musical adventure will be directed for the stage by Sebastian Baumgarten and musically directed by Gabriel Feltz.

Giovanni Battista Pergolesi’s rarely performed Baroque gem «L’Olimpiade» is in the capable hands of Hungarian theater and music theater director David Marton starting in November 2020. Vivica Genaux and Anna Bonitatibus head up an impressive cast of singers, and no conductor alive today has conducted more Pergolesi operas than Ottavio Dantone, who appears at the podium of the Orchestra La Scintilla.

After the successful production of «Iphigénie en Tauride» in the current season, the coming season sees another work by composer Christoph Willibald Gluck. With «Orphée et Euridice» Christoph Marthaler and Anna Viebrock make their return to Zurich in January 2021. The production will be the third joint effort by the stage director and set designer for the Opernhaus Zürich. Stefano Montanari, one of the most interesting conductors and Baroque violinists of his generation, leads the Orchestra La Scintilla.

Christoph Loy directs «Capriccio» by Richard Strauss, that «Leckerbissen für kulturelle Feinschmecker» [treat for cultural gourmets] as the composer himself described the piece. Following on the heels of her turn as Arabella, Julia Kleiter returns to the Opernhaus Zürich as Countess Madeleine. At her side are such illustrious artists as Christof Fischesser, Markus Eiche, and Paula Murrihy. Markus Poschner conducts this coproduction with the Teatro Real Madrid.

A new «Lucia di Lammermoor» is headed for the Zurich opera stage starting in June 2021. The challenging title role will be sung by American soprano Lisette Oropesa. She has already been fêted as Lucia at the Royal Opera House Covent Garden in London and at the Teatro Real in Madrid. Appearing as her beloved Edgardo is Piotr Beczała, making his return to the Opernhaus. Stage director Tatjana Gürbaca and conductor Speranza Scapucci head up the directorial team for this, Donizetti’s most tragic work.

With «Viva la mamma», the young singers of the International Opera Studio present a completely different side of Donizetti in May 2021, with Swiss stage director Melanie Huber and musical director Carrie-Ann Matheson at the Theater Winterthur.

The Opernhaus presents the world premiere of a new family opera in November 2020 with «Alice im Wunderland». The commission comes from the pen of Italian composer Pierangelo Valtinoni, who also composed «Zauberer von Oz» for the Opernhaus. He decided to tackle Lewis Carroll’s absurd story and aimed his opera at children ages seven and older. It will be directed for the stage by Nadja Loschky, who has proved her skill making music theater for children with «Schatzinsel».

Further highlights at the Opernhaus Zürich include numerous revivals featuring audience favorites and a host of both beloved and brand-new voices.

Diana Damrau returns as the Scottish queen Maria Stuarda, and Salome Jicia is her rival Elisabetta. Cecilia Bartoli continues making magic as Alcina. Maria Agresta, Quinn Kelsey, and Bryan Hymel once again come together for «I vespri siciliani», as will Annette Dasch and Pavol Breslik in «Die Csárdásfürstin» and Angelika Kirchschlager and Bryn Terfel in «Sweeney Todd». After many years away, Erwin Schrott returns to sing in «L´elisir d´amore». Vannina Santoni will make her house debut as Manon, while Benjamin Bernheim will bring his Chevalier des Grieux to Zurich, following his wild success in the same role in Paris. Lawrence Brownlee is Arturo Talbo in «I puritani». Stéphanie d´Oustrac makes her debut as Charlotte in Zurich and Charles Castronovo is her Werther. Christopher Ventris returns as Paul Ackermann and Doris Soffel does the same as Witwe Begbick in Kurt Weill’s «Mahagonny». In addition, Aigul Akhmetshina comes to Zurich for the first time as Rosina in «Il barbiere di Siviglia» and Ana María Martínez presents her Cio-Cio-San. At her side is Saimir Pirgu as her unfaithful lover Pinkerton. Marcelo Álvarez makes his debut as Don Carlo. Ekaterina Semenchuck (Eboli), Tatiana Serjan (Elisabetta), Vitalij Kowaljow (Filippo) and Simon Keenlyside (Rodrigo) complete the outstanding cast of singers for this revival.

Fabio Luisi conducts the revivals of Verdi’s «I vespri siciliani» and Massenet’s «Manon». Giovanni Antonini returns to Zurich for Händel’s «Alcina» and Mozart’s «Idomeneo». Enrique Mazzola takes on the battle between two queens as he did for the premiere run of «Maria Stuarda». Riccardo Minasi conducts all of the concerts of the Orchestra La Scintilla as well as the revival of Rossini’s «Il viaggio a Reims». And David Charles Abell stays true to Stephen Sondheim’s «Sweeney Todd». Puccini’s «Madama Butterfly» is in Marco Armiliato’s capable hands. Sir Mark Elder will head up the Philharmonia Zürich for Verdi’s «Don Carlo». Musical direction for Tchaikovsky’s «Jewgeni Onegin» lies with Kirill Karabits, who will also kick of the season with Mussorgsky’s «Boris Godunow».

The Ballett Zürich opens the 2020/21 ballet season with a choreographic world premiere by Christian Spuck. With «Dornröschen», Christian Spuck once again takes on a ballet classic set to music by Tchaikovsky, following up on his «Nussknacker». The fate of the fairy Carabosse is the central story told in this new production, which Spuck will lead with his trusted costume designer Buki Shiff and set designer Rufus Didwiszus.

Two further world premieres premiere on the program for the three-part «Balcão de Amor»: Norwegian choreographer, Jo Strømgren, the in-house choreographer of the Norwegian National Ballet, makes his debut in Zurich, while dancer and choreographer Louis Stiens from Stuttgart follows up on his successful collaboration with the Junior Ballett. The third work, which lends its name to the evening, «O Balcão de Amor», was premiered in 2016 by Les Ballets Jazz de Montréal. In it, Israeli choreographer Itzik Galili lets the Ballett Zürich dance to the timeless music of Cuban Mambo king Pérez Prado.

After «Le Sacre du printemps» and «Faust – Das Ballett», Edward Clug returns to Zurich for «Peer Gynt». His visually stunning narrative ballet was premiered in 2015 by the Slovenian National Ballet in Maribor under his direction. In it, the choreographer unites Henrik Ibsen’s story and Edvard Grieg’s music, creating a remarkable dance experience.

The Junior Ballett will present an entire evening of new works with «Impulse». Every two years, the next generation of dancers presents its own evening and will develop world premieres for the coming season with three emerging young choreographers: Bryan Arias, Craig Davidson and Juliano Nunes all appear for the first time as guests at the Ballett Zürich.

Revivals include two choreographies by Christian Spuck: «Winterreise», which won the 2019 «Prix Benois de la Danse», and «Anna Karenina», which will also appear as a guest production in Istanbul and Ludwigsburg. In addition, the Ballett Zürich will travel to Tel Aviv to present «One Flat Thing, reproduced» by William Forsythe, «Emergence» by Crystal Pite, and «Speak for Yourself» by Sol León and Paul Lightfoot. The 20/21 ballet season closes with the revival of the beloved evening «Bella Figura», which features four groundbreaking choreographies by Prague-born Jiří Kylián.

The philharmonic seasons opens with Bruckner’s «Nullte» and Beethoven’s «Seventh» led by Markus Poschner. A Sunday matinee concert in December will feature works by Johannes Brahms und Franz Schmidt under the direction of general music director Fabio Luisi, as well as violinist Augustin Hadelich. Luisi will his previously started Beethoven cycle with Italian pianist Beatrice Rana continue in January, and with Gustav Mahler's Symphony No. 9 in May 2021 he closes his concert season. Gianandrea Noseda, who will succeed Luisi as General Music Director with the start of the 2021/22 season, gives a preview of his new musical direction with performances of «Ein deutsches Requiem» by Johannes Brahms in February 2021.

The tradition of historically informed performance practice is well and alive at the Opernhaus Zürich, with concerts and operatic performances in the capable hands of in-house ensemble Orchestra La Scintilla and conductor and violinist Riccardo Minasi. Their programs this season focus on Johann Sebastian Bach, his sons Carl Philipp Emanuel, Wilhelm Friedemann, Johann Christoph, and Johann Christian Bach, as well as works by Scarlatti, Rossini, and Donizetti, among others.

The Opernhaus continues its series of concert performances. Rossini’s «La donna del lago» features Karine Deshayes in the demanding title role and Edgardo Rocha as her lover Malcolm. Antonino Fogliani also appears here at the podium of the Philharmonia Zürich.

The 2020/21 season at the Opernhaus Zürich sees a host of stars in intimate song recital settings, including artists such as Anja Harteros, Anita Rachvelishvili, Marina Rebeka, as well as Bryn Terfel, Jonas Kaufmann, Juan Diego Flórez, and Simon Keenlyside.

Following the summer break, the Opernhaus will kick off the season with a grand season-opening party September 19, 2020. A brand-new children’s piece will be premiered as a part of the celebrations. With «Das tapfere Schneiderlein», director and Götz Friedrich Prize winner Kai Anne Schumacher will give her debut at the Opernhaus. The Opera Ball will take place on March 13, 2021, and the live broadcast of «Madama Butterfly» with Ana Maria Martinez and Saimir Pirgu in the lead roles is open to one and all as a part of the «oper für alle» festival on the Sechseläutenplatz on June 12, 2021.

Advance ticket sales 20/21 – The planned sales start for subscriptions and single tickets unfortunately has to be postponed.
Further information